Disney Theme Parks and Resorts made some BIG announcements recently including new rides and attractions coming to both Disneyland Resort and Walt Disney World Resort.

Let’s start on the west coast with Disneyland:

Paradise Pier to be changed to Pixar Pier

Pixar Pier will feature a brand-new look for the area now known as Paradise Pier, as some of your favorite characters come to life on this seaside waterfront. You will discover whimsical neighborhoods filled with your friends from “The Incredibles,” “Inside Out” and even more of your pals from “Toy Story.” Building upon the evolution of Disney California Adventure® Park that began in 2007, we are building more new worlds for you to step into and enjoy your favorite stories.

This permanent addition to the park will open during a new limited-time celebration taking place throughout the Disneyland® Resort in 2018 — Pixar Fest! Experience the magical worlds of Pixar in brand new ways as the entire resort comes alive with some of your favorite stories.

At Disneyland® Park, this incredible celebration will feature a brand-new fireworks spectacular as well as the return of the guest favorite, Pixar Play Parade. That’s right! This popular parade is moving across the Esplanade, which could only mean …

The popular “Paint the Night” parade returns — this time, to Disney California Adventure® Park! And there may even be a new float joining this already amazing nighttime parade.

Soon, the Guardians of the Galaxy will be joined by Spider-Man and the Avengers in what will become a completely immersive Super Hero universe at the park. These new stories will build on the success of the new and already popular Guardians of the Galaxy — Mission: BREAKOUT! and create a place where you can team up with your favorite Super Heroes like never before. We don’t have more details to share just yet, but stay tunedas we reveal more about this one-of-a-kind experience.

The lands, both called Star Wars: Galaxy’s Edge, will allow you to visit a remote trading port on the edge of wild space, where Star Wars characters and your stories come to life – and where you will find yourself in the middle of the action.

The lands will feature two major attractions that put you in the middle of a battle between the First Order and the Resistance. Each attraction – and even the land itself – will offer you the chance to immerse yourself in the Star Wars universe like never before.

One attraction will make you feel like you’re on a Star Destroyer inside a hangar bay. It’s an attraction built on a scale we’ve never done before. The second attraction will give you the opportunity to fly the Millenium Falcon, piloting the ship, shooting blasters or preparing for hyperspace – all while completing a critical mission. But how you perform on the mission holds even bigger stakes: perform with skill and you may earn extra galactic credits, while bringing the ship back banged up could put you on the list of a bounty hunter. End up on Harkos’s list and you may face a problem if you show up at the local cantina!

Guests will also encounter many familiar faces inside Star Wars: Galaxy’s Edge, including BB-8, Chewbacca, members of the First Order and – among many others – Rex, the troublesome pilot fans may remember from the previous version of a certain Disney attraction who takes on a new role in this land as the DJ at the cantina.

And speaking of the cantina, here you will be able to try unique concoctions like blue milk. Nearby, you’ll also be able to acquire trinkets and treasures from across the galaxy.

Star Wars: Galaxy’s Edge will open in 2019, first at the Disneyland Resort and later in the year at the Walt Disney World Resort. (No further opening dates have been announced yet.)

On the east coast at Walt Disney World Resort:

In 2018, you’ll find yourself shrunk to the size of a toy to explore the world of Andy’s backyard with your favorite Toy Story characters, including Woody and Buzz. And Toy Story Land will feature two new themed attractions. Slinky Dog Dash will be a family coaster attraction where you’ll zip, dodge and dash around many turns and drops that Andy has created to really make Slinky and his coils stretch to his limits.

Alien Swirling Saucers will also be a new attraction at Toy Story Land. It’s designed as a toy play set that Andy got from Pizza Planet, inspired by the first “Toy Story” film. Aliens are flying around in their toy flying saucers and trying to capture your rocket toy vehicle with “The Claw.”

E-Ticket Guardians of the Galaxy Attraction coming to EPCOT

A “Guardians of the Galaxy”-inspired attraction will be added to Future World, adhering to the original vision of Epcot’s Future World as the place to experience the excitement and adventure offered by space travel. Ratatouille attraction to be built at the France Pavilion in EPCOT

A Disney•Pixar’s “Ratatouille”-inspired attraction will also be added to the France Pavilion in World Showcase. The attraction will expand the pavilion. Similar to the 4-D attraction Ratatouille: The Adventure that opened at the Walt Disney Studios Park in Paris in 2014, your Clients will be able to shrink to Remy’s size and scurry to safety in a dazzling chase across a kitchen with the sights, sounds and smells of Gusteau’s legendary Parisian restaurant.

The ride is expected to be completed by the 50th Anniversary of the Walt Disney World Resort in 2021.

Tron – the highest-rated attraction at Shanghai Disneyland– is coming to Walt Disney World® Resort in Florida!

The new Tron attraction will sit in an entirely new area right next to the Space Mountain attraction at Magic Kingdom® Park. Bob Chapek, Chairman of Walt Disney Parks & Resorts, made the announcement during the Walt Disney World Parks and Resorts presentation at D23 Expo 2017. The TRON Lightcycle Power Run attraction at Shanghai Disneyland is a coaster-style attraction where riders board a train of two-wheeled Lightcycles. It offers access into the energy, lights and excitement of TRON’s high-tech universe and is one of the most thrilling adventures at any Disney park.

The attraction is expected to be open for the 50th anniversary of the Walt Disney World Resort in 2021.

On Mickey and Minnie’s Runaway Railway, you will step through the movie screen and join Mickey and his friends like never before. The attraction will put Guests inside the wacky and unpredictable world of a Mickey Mouse Cartoon Short where they’re the star and anything can happen. This zany out-of-control adventure features surprising twists and turns, dazzling visual effects and mind-boggling transformations that happen before your very eyes. The attraction is inspired by the Mickey Shorts that you can see on the Disney Channel. And the people who bring you the shorts at Disney Television Animation are partnering with us to help bring the attraction to life.

Mickey and Minnie’s Runaway Railway will feature a new story and a new singable attraction theme song as well as a new experience we’re calling “2 1/2 D.” No glasses required. Walt Disney Imagineer Kevin Rafferty said teams are inventing new technologies that turn the flat world of a colorful cartoon short into a “dimensional display of amazingness.”

We also wanted to let you know that in order to begin to prepare the new home of Mickey and Minnie’s Runaway Railway at the Chinese Theatre in Disney’s Hollywood Studios, Aug. 13, 2017 will be the final day of operation for The Great Movie Ride presented by Turner Classic Movies. Until Aug. 13, you can still relive some of the greatest movie moments in history on the Great Movie Ride attraction.

The restaurant, which will be located adjacent to the park’s Mission: SPACE attraction, will invite Guests to travel into space for amazing dining experiences in the stars.

A Star Wars-inspired resort will debut as part of the new Disney 360 vacation concept. Bob Chapek, Chairman of the Disney Theme Parks made the announcement at 2017’s D23 Expo. According to Bob, this revolutionary new vacation experience will be a living adventure that allows guests to immerse themselves in an entirely new form of Disney storytelling.

“It’s unlike anything that exists today.” Bob said. “From the second you arrive, you will become a part of a Star Wars story! You’ll immediately become a citizen of the galaxy and experience all that entails, including dressing up in the proper attire. Once you leave Earth, you will discover a starship alive with characters, stories, and adventures that unfold all around you. It is 100% immersive, and the story will touch every single minute of your day, and it will culminate in a unique journey for every person who visits.”

Instead of creating an addition to an existing Walt Disney World Resort as DVC has done in the past, they will be building a brand new resort to be called ” The Riviera Resort.” Located near EPCOT the new resort will feature approximately 300 rooms and a rooftop dining experience that will allow guests to enjoy the fireworks of EPCOT and Hollywood Studios.

The new resort will be the 15th Disney Vacation Club Resort. DVC members were said to be among the most loyal fans of the theme parks and that this new resort was being designed with them in mind.

The new Riviera Resort is expected to open in Fall of 2019.

Disney announced that a new gondola transportation system call the Disney Skyliner will be put into place giving guests a bird’s-eye view of the Walt Disney World Resort as they make their way from resort and theme parks. The Skyliner is currently set to take guests to and from the new Riviera Resort, Art of Animation, Pop Century, and Caribbean Beach resorts to Hollywood Studios and the International Gateway of EPCOT.

The Skyliner will feature different Disney characters on the outside and be completely enclosed with windows for viewing and grated areas for a fresh breeze. 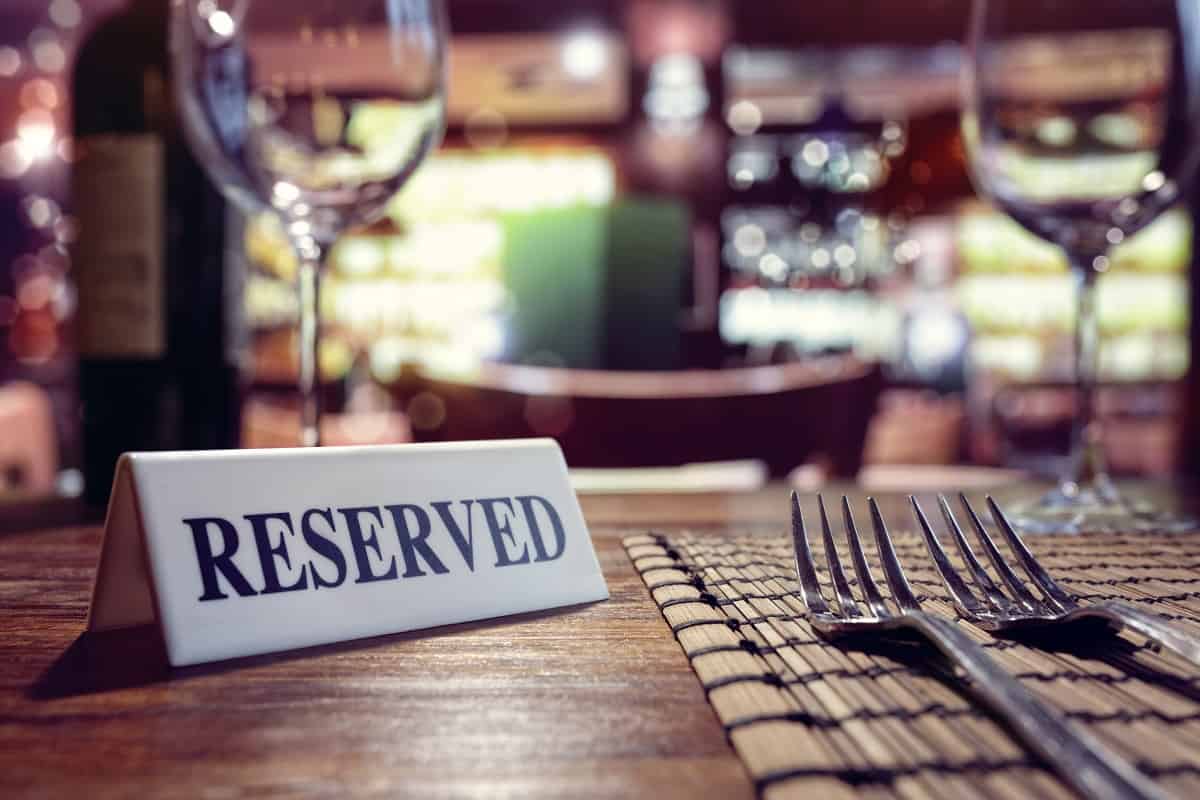