This is a great theme park that has tons of activities, rides, entertainment, attractions, dining options, hotels, and so much more.

Universal Studios Orlando is home to a diverse array of rides, shows and attractions for the whole family to enjoy

You can get your hands on ticket such park tickets, express passes and the popular annual passes

This is a great theme park that has tons of activities, rides, entertainment, attractions, dining options, hotels, and so much more.

Let’s take a closer look at Universal Studios Orlando to see exactly what this awesome destination has to offer and how much admission, tickets, passes, and hotels are going to cost you.

If you and the kids enjoy watching Shrek, you will get a real kick out of this 4D Shrek movie, where the evil lord Farquaad has returned as a ghost to terrorize Shrek, Fiona, and Donkey. Here you will get special Ogre Vision glasses so you can see, hear, and even feel what is happening in the movie. It’s a very thrilling experience for all ages.

Revenge of the Mummy

If you remember the hit Movie series “The Mummy” with action star Brendan Frasier, then you might really love this this thrilling roller coaster that has twists, turns, and scary surprises too. The aim is to get away from the killer mummy Imhotep. It’s a heart pounding adventure that will have you screaming with fun.

Although E.T the alien may be a bit old, as it is a movie from quite some time ago, it’s a classic and timeless movie that kids today still love, and it’s why everybody loves the E.T Adventure Ride. It’s a thrilling yet gentle ride that has you flying through the sky on E.T’s bike. It’s a great ride for kids and adults alike.

Although not the most action packed or high paced ride around, this ride on the King’s Cross Train will have you seeing some really cool Harry Potter related stuff from the train windows. It’s a fairly calm and relaxing ride that is great for the whole family and awesome for Harry Potter fans.

There are also many other rides and thrilling adventures to be had at Universal Studios Orlando. Other rides and attractions which can be found here include the following.

Besides rides and attractions, there are also various entertainment options for you and the family.

After a long morning of adventuring, you probably want some lunch or snacks, and a good dinner after a long day too. Here are some of the most popular dining options available at Universal Studios Orlando. Keep in mind that this is a list of the most popular ones, but there are in fact over 30 restaurants here. 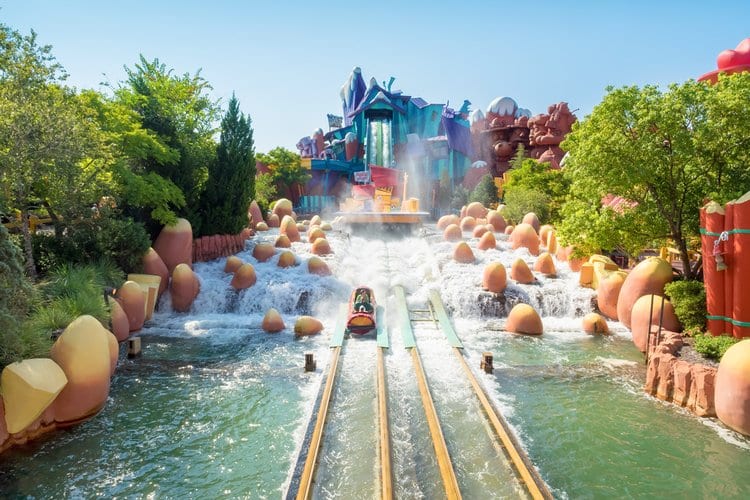 There are a number of really cool live shows to check out at Universal Studios Orlando. 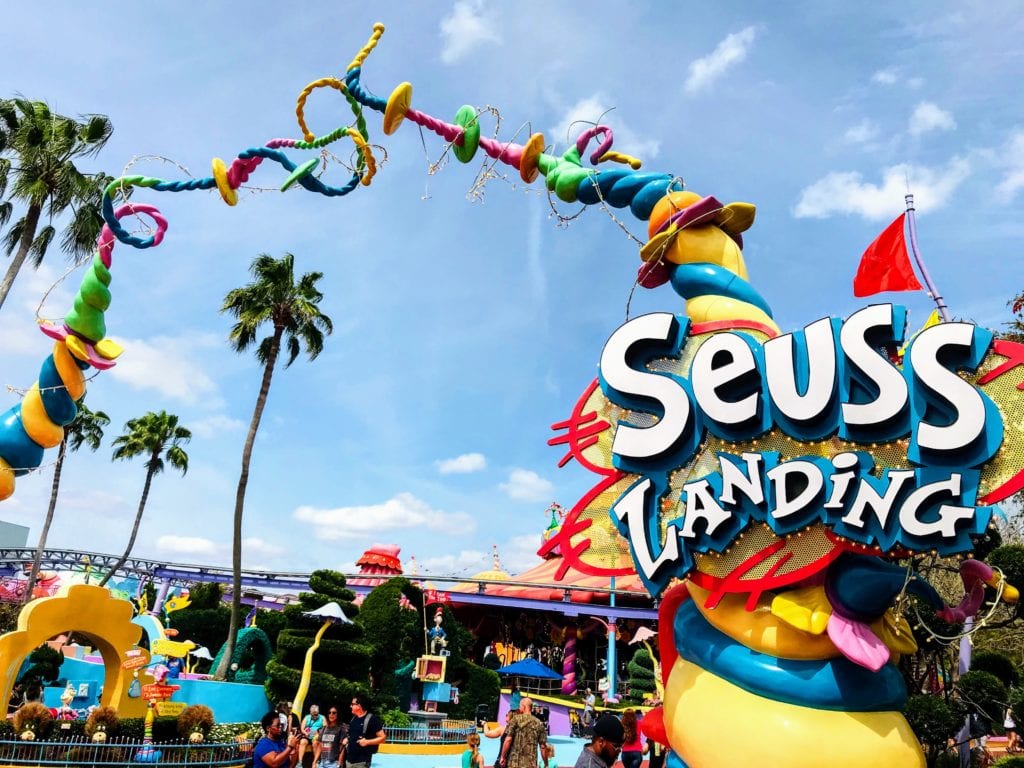 Let’s take a look at what your visit to Universal Studios Orlando will cost you and what all of the different ticket and passes options are.

Here we have some of the most popular ticket options for Universal Studios Florida.

One Park, One Day

One day tickets for Universal Studios Orlando start at $119 per day, with children’s tickets costing $114 per day.

To gain access to both Universal Studios Florida and Universal’s Island of Adventures, adults pay $174 and children pay $169.

For $174 for adults and $169 for kids, you can take 2 days to visit both Universal Studios Florida and Universal’s Island of Adventures.

For $199 for adults and $194 for kids, you get two days to visit Universal Studios Florida and Universal’s Island of Adventures, plus you get a free ticket to volcano bay.

There are a number of express passes available for people who hate waiting in line. Keep in mind that the express passes do still require you to purchase separate theme park admission.

For $69.99, you can skip to the front of the line one single time for each ride and attraction. This is one time only. If you ride the same ride twice, you will wait in line the second time.

For $89.99, you can skip to the front of the line for each ride and attraction for an unlimited amount of times.

There are also a few Universal Studios Orlando annual passes that can be purchased. Here are some of the best options to consider.

For $509.99, you get a 15 month premier pass that allows for unlimited visits, with the 15 month period beginning on your first visit. This includes admission to both Universal Studios Florida and Universal’s Islands of Adventure theme parks. This pass also allows for free admission to select events such as the Halloween Horror Night. Also, after 4 pm, you will get an express pass to skip the line once at various rides and attractions.

For 359.99 per person, you get a 15 month 2 Park Preferred Promotional Pass with the 15 month period beginning on your first visit. This includes admission to both Universal Studios Florida and Universal’s Islands of Adventure theme parks. This pass also comes with a variety of high class features, although not quite as many as the premier pass.

There are actually quite a few annual passes, all with different prices, perks, and benefits. Here is a complete list of all of them.

There are also a number of extras that you can purchase ranging from dining and photo deals to some really awesome shows as well. Let’s take a closer look at the most popular extras you can add on to your trip.

For $69.99, you can capture every unforgettable moment in quality digital and print form, so your memories can last forever.

For under $30, you can enjoy a meal at one of Universal CityWalk’s most popular restaurants PLUS a movie.

For $189, you can enjoy a VIP experience that will provide you with exclusive backstage access. You will also be able to skip to the front of the line at all rides and attractions at both Universal Studios Florida and Universal Islands of Adventure. For an additional cost, there are also a variety of tours available.

For $60, you can get tickets to the Blue Man Group Show, which is part theater, part musical, and part comedy. It’s a great show that will have every laughing and awing in wonder.

For $11.99, you can enjoy a night of dancing, thrills, live music, karaoke, and more at the Universal CityWalk.

Of course, Universal Studios is a massive resort that people come to stay at for days or even weeks, and therefore you’ll need a nice place to spend the night. Below is a list of the most popular hotel options that you can choose from.