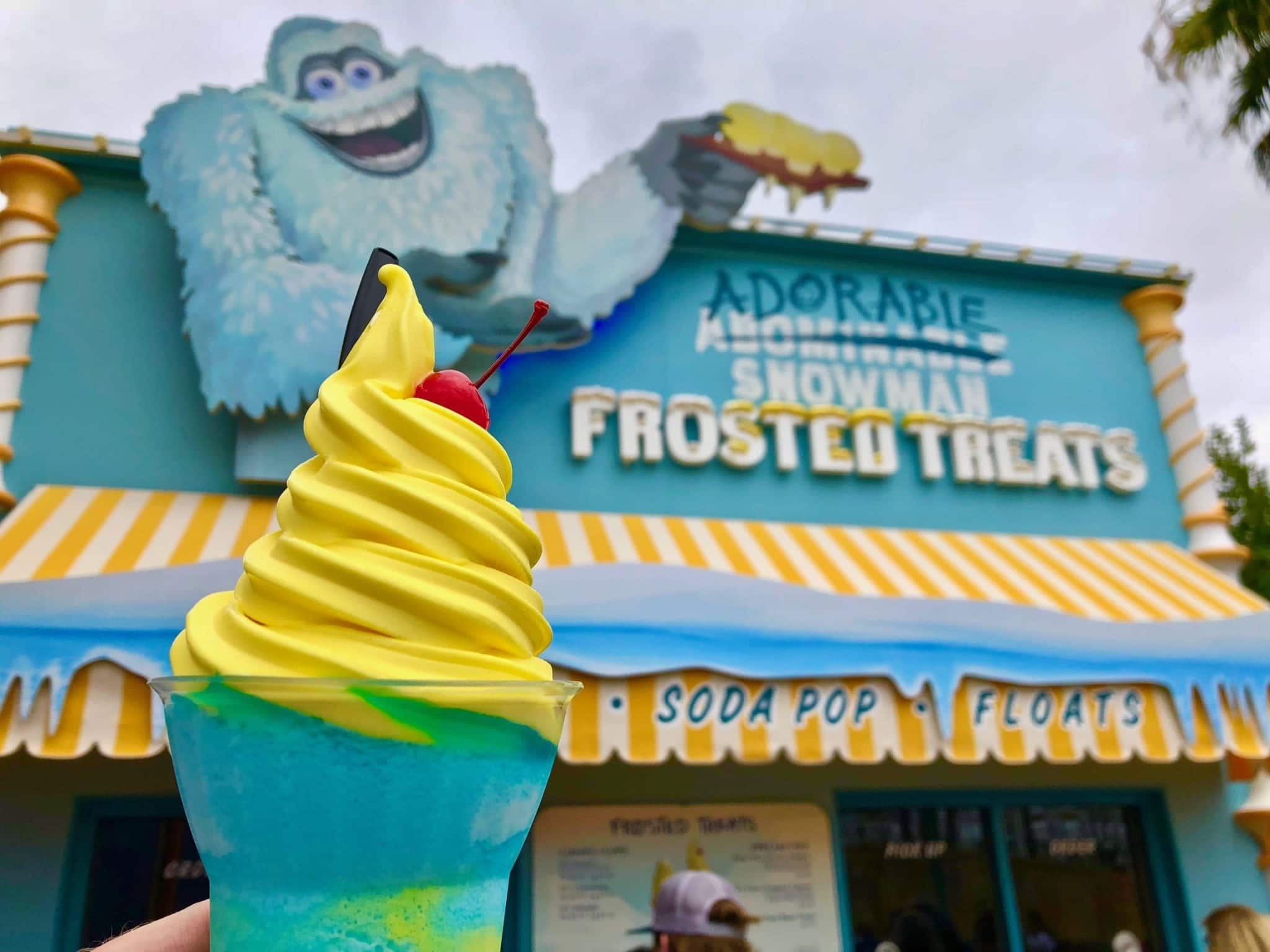 If you love ice cream which we know you do, this place is a fantastic stop to make, especially on a hot day. It’s located next to Knick’s Knacks on the east side of the pier. It’s themed from the Abominable Snowman from Monster Inc. If the the film he is always offering snow cones to Mike and Sully. Now he’s making some delicious frosted treats for you!

A lot of the menu items start with “It’s” which is a reference to Abominable (mentioned above) because he’s always offer snow cones that are frosted yellow. He feels the need to let Mike and Sully know that it is in fact lemon..

Because people are always wondering we’re going to answer this up front: all the lemon flavored ice cream here is dairy free. It’s just like the Dole Whip served over at Disneyland Park. The chocolate ice cream does contain dairy.

The menu features some creative concoctions including the Pixar Pier Frosty Parfait and It’s Snow-Capped Lemon! The Parfait is by far our favorite treat to get here. It features lemon soft serve with blue raspberry swirl. The combination of these flavors is surprisingly good and worth the $5.99 price because they are pretty big.

The lemon capped cone is the lemon soft serve topped with white chocolate on top. It’s also a great combination of flavors and perfect if you want something a bit smaller than the parfait. The rest of the menu features lemon soft serve and chocolate ice cream being served in a cup or cone and a Barq’s Root Beer Float.

For more honest reviews and tips and tricks be sure to read out full Pixar Pier Planning Guide.