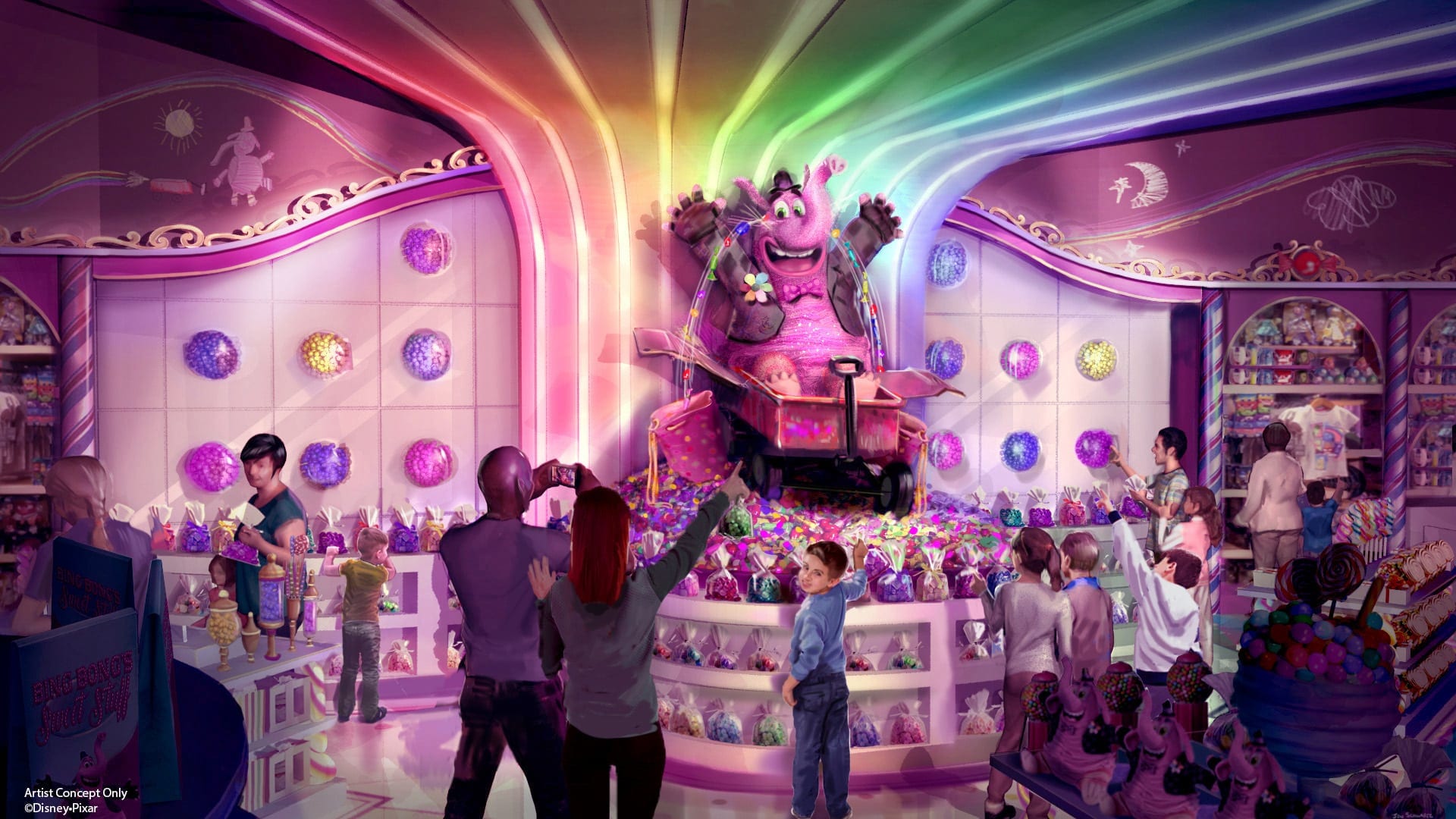 Bing Bong, the fluffy pink, imaginary friend from the Disney•Pixar film “Inside Out” is bringing some sweet treats at his new shop at Disney California Adventure® Park! Located along Pixar Pier, Bing Bong’s Sweet Stuff will open later this summer as a delightfully colorful merchandise and confectionery location. In addition to Bing Bong’s sweet candy tears, you can pick up saltwater taffy and rainbow cotton candy, as well as other must-try sweets!

Here’s a sneak peek at just a few of the exciting treats to look forward to!

Let’s start with the cake pops – If you’ve seen the adorable Nemo and Baby Dory Cake Pops available for Pixar Fest, you’ll be excited to learn that they will be part of a series of seasonal “Buddy” Cake Pops offered at Bing Bong’s Sweet Stuff! Every so often, these pops will change out to feature new characters, such as Wall•E and Eve, or Buzz and Woody. In addition, your Clients will find cake pops inspired by “Inside Out,” featuring some of your favorite emotions.

Next up are the awesome apples, like the Rainbow Unicorn Apple or the Bing Bong Apple. These Granny Smith apples are dipped in caramel and chocolate and decorated with colored sugar, fondant and marshmallows, and are definitely treats to satisfy a sweet tooth! 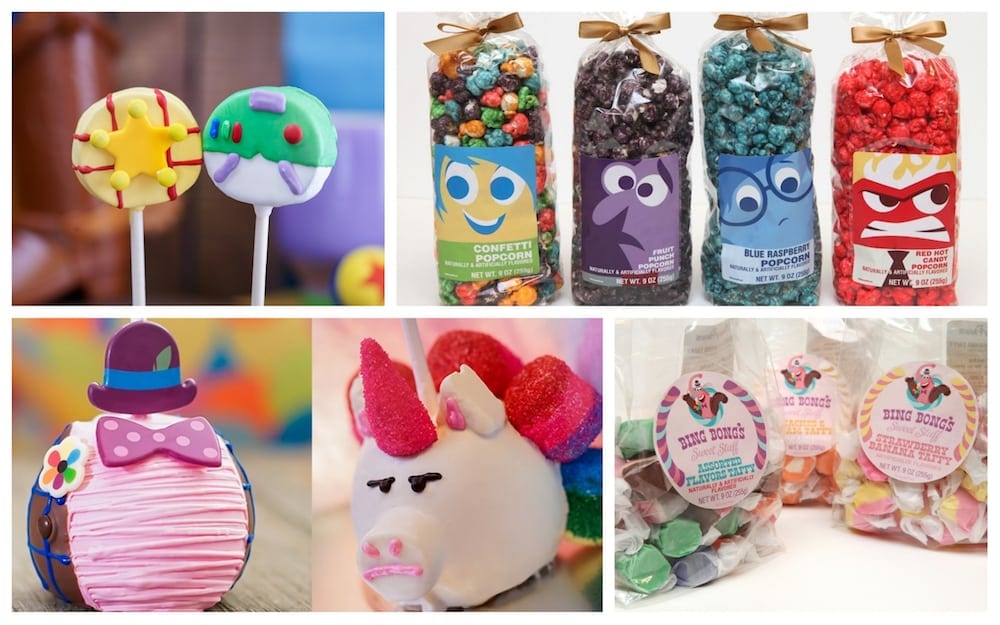 Also available at Bing Bong’s Sweet Stuff will be an array of Pixar-themed popcorn, lollipops and candies, including Lemon Drops, Red Licorice and Sour Apple Balls. Saltwater taffy lovers can enjoy an assortment of flavors like Strawberry Banana and Peaches and Cream. Rainbow cotton candy will also be available in flavors like Blue Raspberry and Orange.

Lastly, the shop will serve Memory Refreshers – frozen drinks that will come in all colors and flavors! One of the drinks is the Rainbow Unicorn, with grape soda, blue raspberry soda, lime, cherry, lemon-lime and rainbow candies. Another one is inspired by Bing Bong himself, Imaginary Pal, which will be made with pink lemonade and grape soda with rainbow cotton candy, topped with a marshmallow flower.