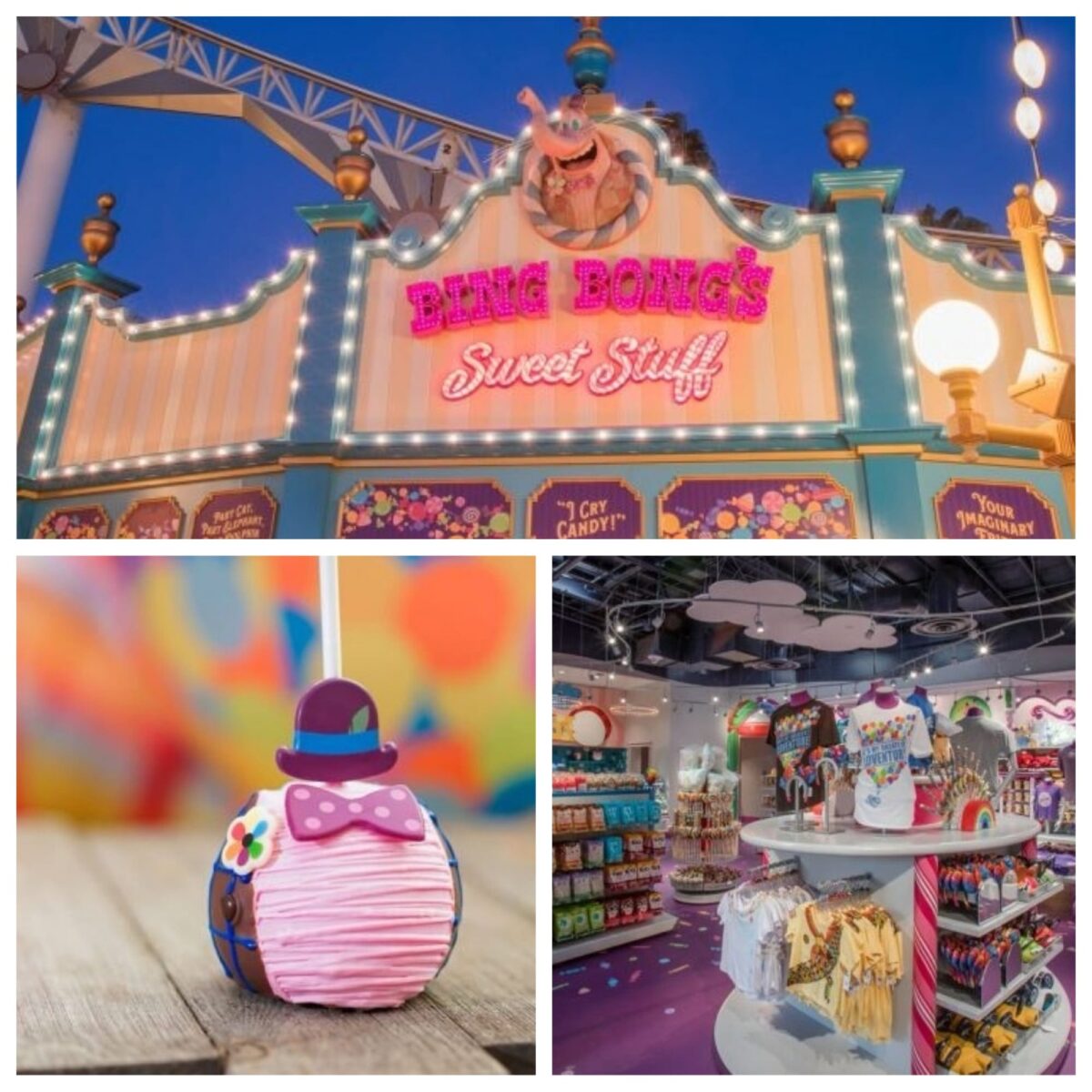 Upon entering, you will notice Bing Bong, the fluffy pink, imaginary friend from the Disney•Pixar film “Inside Out,” bursting out of the marquee, welcoming you to his treasure trove of sweets!