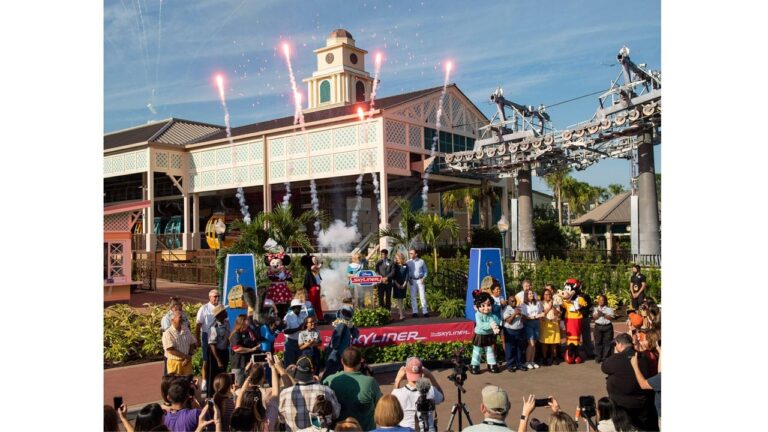 Magic is in the air at Walt Disney World® Resort with the new Disney Skyliner transportation system. Disney executives were joined by several other cast members this morning at Disney’s Caribbean Beach Resort for a special dedication moment for the complimentary new transportation system. Today’s festivities featured Disney characters, fireworks and more in honor of this “most magical flight on Earth.”

Take a look at this video to see some of the fun:

While riding Disney Skyliner, you will be treated to never-before-seen views of Walt Disney World Resort as you float along the treetops and waterways alike. The system provides bird’s-eye vantage points of Disney icons such as the Hollywood Tower Hotel and Spaceship Earth.