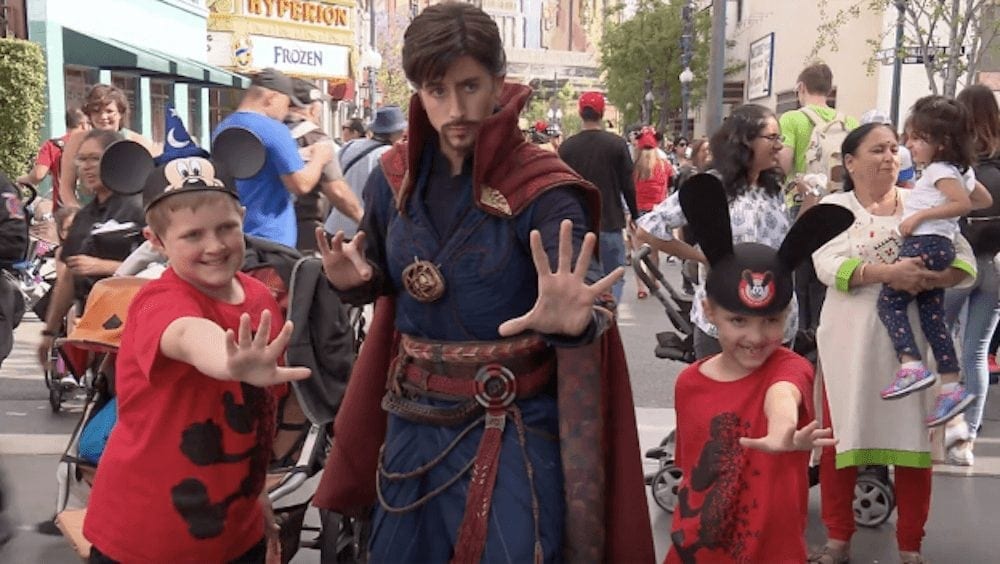 Favorite Super Heroes are convening throughout Hollywood Land in Disney California Adventure® Park! Now is the time to suit up and mingle with some of the mightiest heroes to ever protect the universe.

Doctor Strange is now appearing for the first time at the Disneyland Resort. The Master of the Mystic Arts acts as an intermediary between the real world and what lies beyond, traveling great distances in an instant!

And throughout the summer, you can catch more heroes throughout Hollywood Land for a limited time, including Black Panther, Black Widow, Captain America, Spider-Man, Loki, Thor and Gamora. They have teamed up to meet with their newest “recruits” for the ultimate heroic encounter!

Thanks for subscribing! Please check your email for our next newsletter.
By Dean Chapman
Disneyland Resort Tags: dr. strange disneyland marvel disneyland