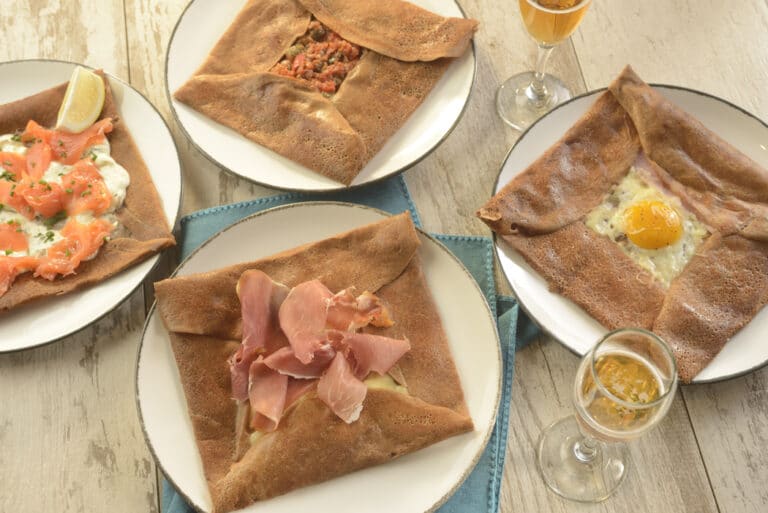 When the newly expanded France pavilion at EPCOT debuts on October 1, helping kick off “The World’s Most Magical Celebration” in honor of the 50th Anniversary of Walt Disney World Resort, Guests will be immersed in some of France’s signature sights, sounds, smells, and – of course! – tastes. One of the most delicious offerings, La Crêperie de Paris, is a traditional crêperie with a menu inspired by the Brittany region of France. The table- and quick-service restaurant, where everything is made from scratch and to order, will serve savory galettes and sweet dessert crêpes, along with some of Brittany’s famous hard ciders.  Read on to learn all about the menu!

Like all galettes and crêpes from Brittany, La Crêperie de Paris will serve them very thin. The galettes will be cooked at a high temperature, allowing the outside to become crispy and crunchy, surrounding an irresistible array of fillings. The gluten-friendly savory galettes will be made with buckwheat imported exclusively from France and will feature classic fillings with some unique twists. Perhaps the best-known combination – and perfect for breakfast, lunch, or dinner – is the Classique that includes ham, eggs, and Swiss cheese. Perfect for any vegetarian diner and inspired by the “Little Chef” himself, The Ratatouille is filled with tomato, zucchini, and eggplant. 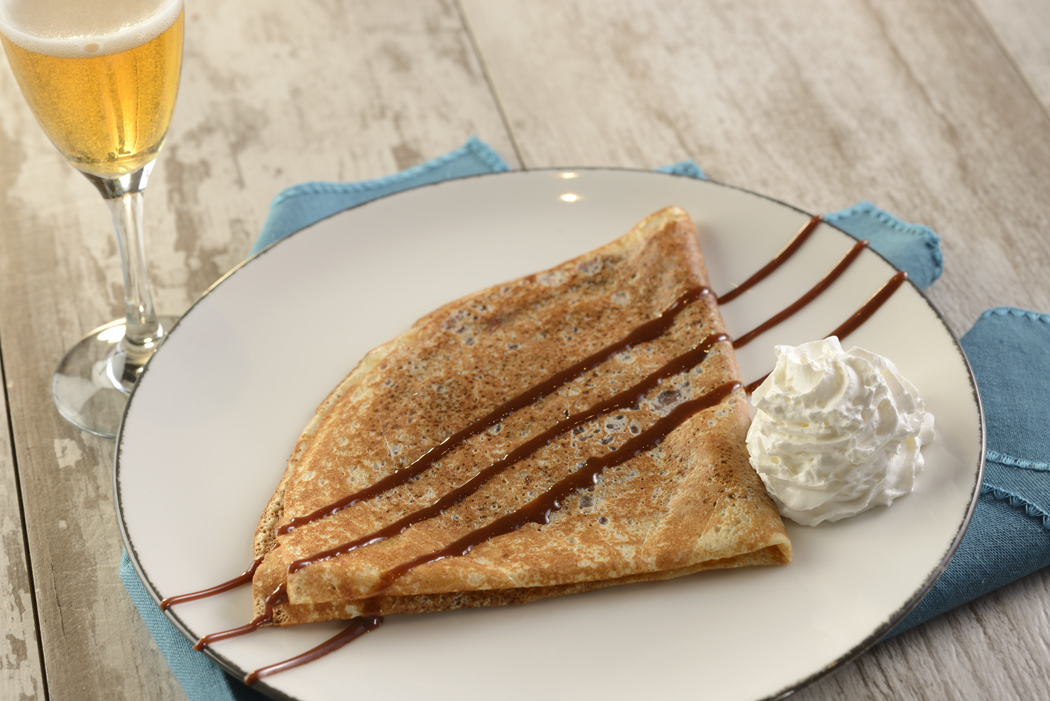 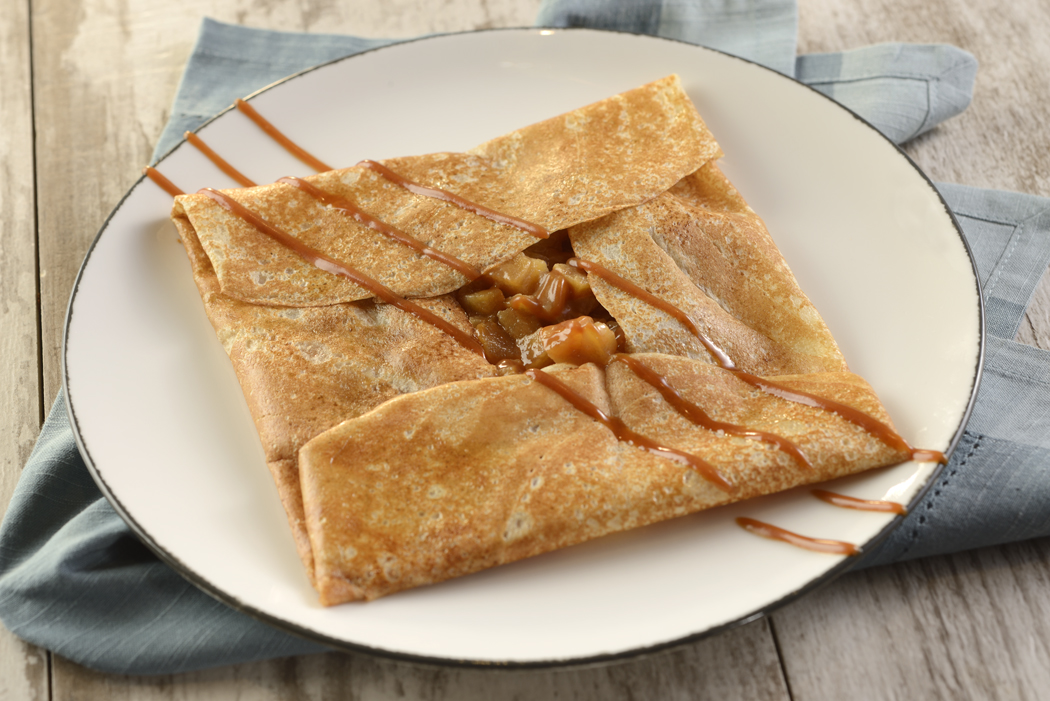 To round out the authentic French experience, La Crêperie de Paris will serve traditional Brittany hard ciders that pair perfectly with both savory galettes and sweet crêpes. From the sweet doux to the less sweet brut and demi sec, the hard ciders are imported from France and made only with apples that Brittany is known for.

The restaurant will also offer a daily prix fixe menu that includes a choice of soup or a salad, one savory galette, one dessert crêpe, and a glass of hard cider, soda or juice. The full menu of savory and sweet crêpes features: 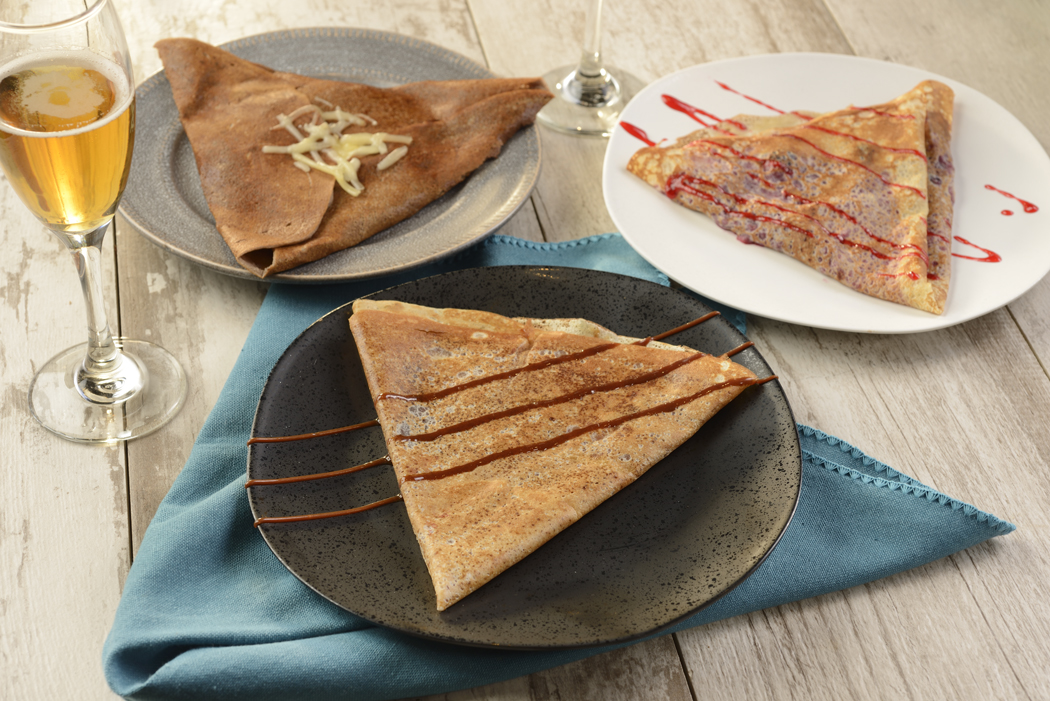 For diners looking for a quick-service option, check out Crêpes À Emporter at La Crêperie de Paris. The walk-up window attached to the restaurant will serve three savory galettes, four sweet crêpes, soft serve ice cream, and an assortment of ciders and wines.

Guests will be excited to try all the sweet and savory crêpes at La Crêperie de Paris! But they can also look forward to enjoying the delicious options inside the restaurant, where the décor – from the stone walls to the blue-glass windows – pay homage to Brittany (with a few Parisian twists!). Even the staff costumes are inspired by traditional crêperies, including the striped shirts and the red hat, known as a miki, traditional to Brittany’s fishermen.

For now, reservations won’t be needed to enjoy this amazing taste of France in the newly expanded France pavilion, opening on October 1, with table service dining available on a first come, first served basis. Bon appetit!