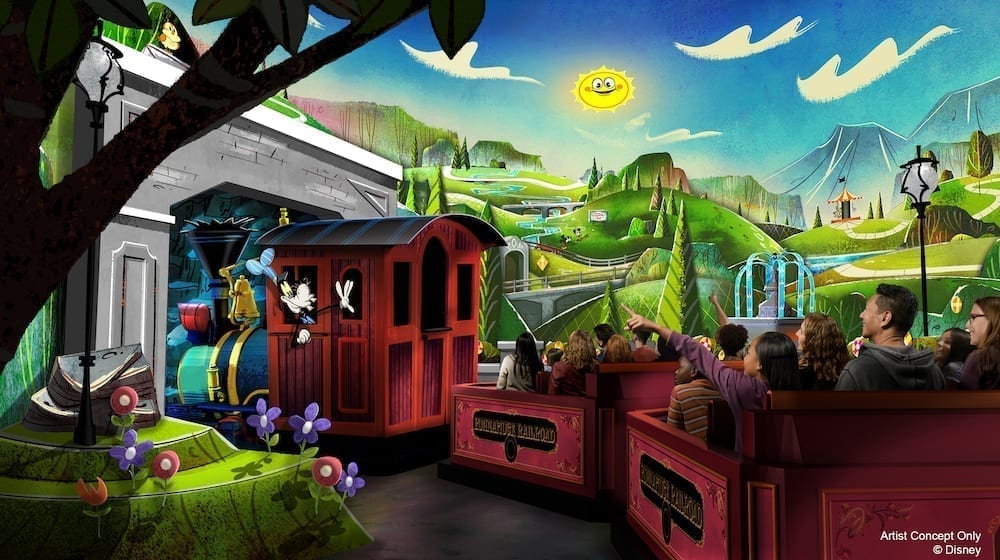 During the Disney Channel holiday special, “Disney Channel Holiday Party @Walt Disney World,” viewers got a first look at Mickey & Minnie’s Runaway Railway rolling into Disney’s Hollywood Studios® in Florida on March 4, 2020, and coming to Disneyland® Park in California in 2022.

As we’ve previously shared, this will be the first Disney ride-through attraction featuring Mickey Mouse and Minnie Mouse that will draw you inside a Mickey cartoon for a fun-filled adventure where “Mouse rules apply” and anything can happen. Check out the first-look video below, hosted by Disney Channel’s “ZOMBIES 2” stars Meg Donnelly and Milo Manheim.