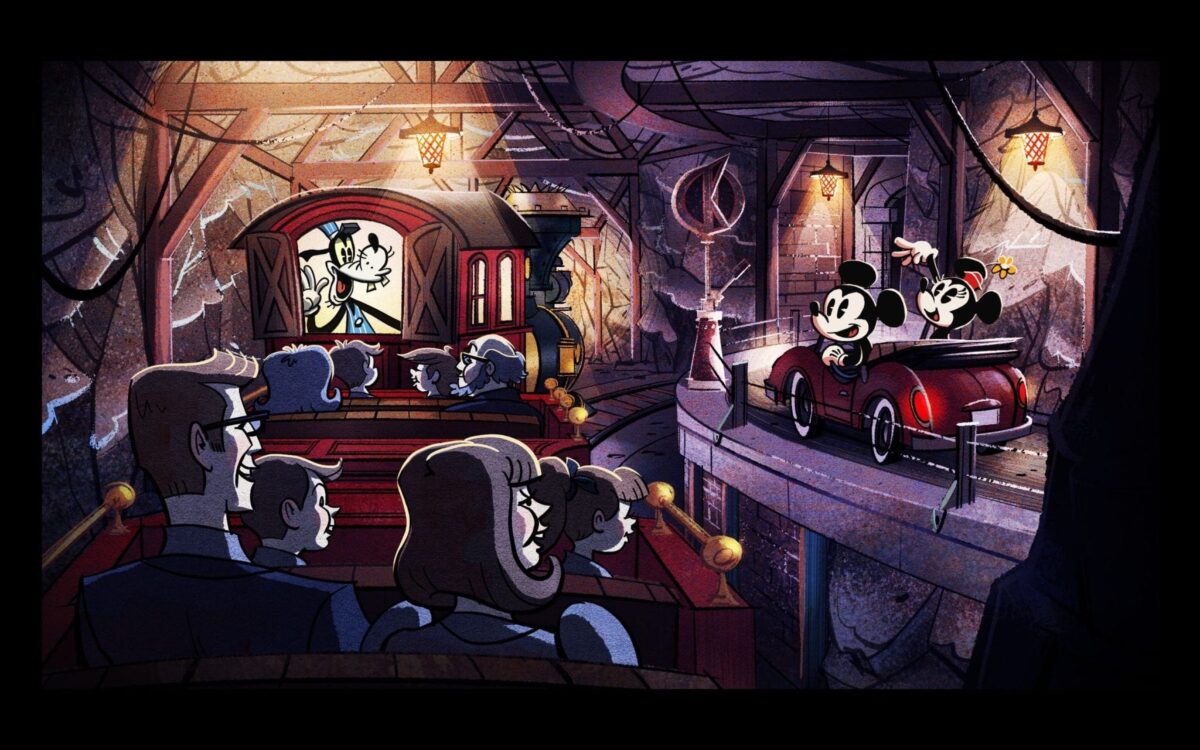 A new image was shared of Mickey & Minnie’s Runaway Railway, an attraction planned to open at Disney’s Hollywood Studios® in 2019.

The attraction will totally immerse you in a cartoon world and will feature a new catchy theme song created especially for the attraction.

The fun begins when Guests see the premiere of a new cartoon short with Mickey and Minnie preparing for a picnic. As they head out, they drive alongside a train and find out that the engineer is Goofy. Then, one magical moment lets you step into the movie and on Goofy’s train for a wacky, wild ride.

The teams helping create the attraction are currently working with partners at Disney Television Animation to keep the characters and storyline authentic – and allow Guests to join Mickey and his friends like never before.

Stay tuned for future updates on the Mickey and Minnie’s Runaway Railway.