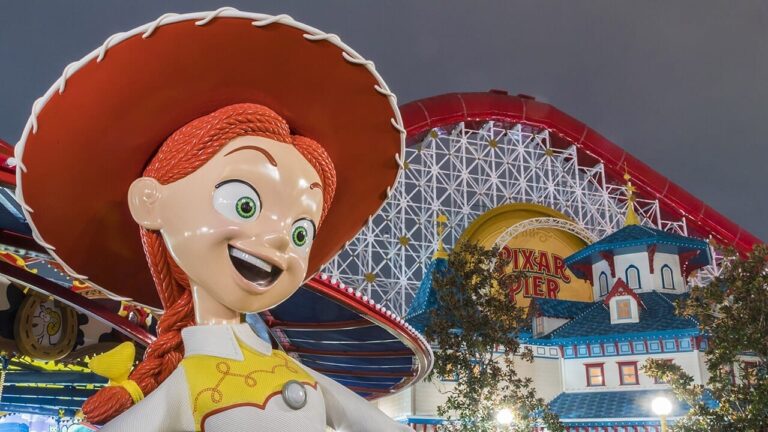 You can mosey on over to a giant toy carousel starring Jessie, the yodeling cowgirl and a friendly bunch of desert critters for a rootin’, tootin’ romp. Inspired by the “Toy Story” films, this attraction invites you to saddle up on a whimsical snake, armadillo, turtle, bunny and more from the world of Woody’s Roundup. This newly reimagined attraction will have you yelling “giddyup!”