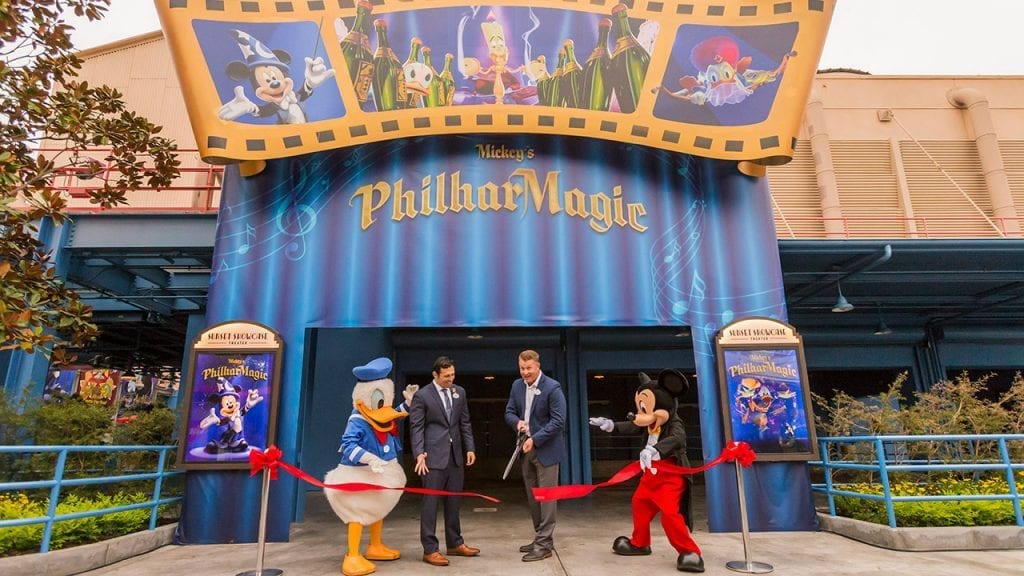 The 3D movie musical “Mickey’s PhilharMagic” premieres today in Disney California Adventure® Park! You can now head to Hollywood Land to see the spectacular magic of Disney animation and music jump to life on the screen and walls of the Sunset Showcase Theater.

You’ll enjoy watching Mickey Mouse, Donald Duck and other favorite Disney characters come to life! As Donald prepares the orchestra for Mickey, he comes across the conductor’s baton and Mickey’s Sorcerer’s Hat. A little magic goes a long way and proceedings go awry! Donald is unexpectedly plunged into a high-definition 3D dream world and you are taken along for the ride.

You will also get swept into the fantastic world of classic Disney animated musical sequences, including “Beauty and the Beast,” “The Little Mermaid,” “Peter Pan” and “Aladdin.”

“Mickey’s PhilharMagic” debuts during Get Your Ears On – A Mickey and Minnie Celebration at the Disneyland Resort! There is still time to join the festivities as we celebrate 90 years of magic with the “Mickey’s Mix Magic” nighttime projection show and “Mickey’s Soundsational Parade,” as well as limited-time décor, specialty foods, merchandise and more!