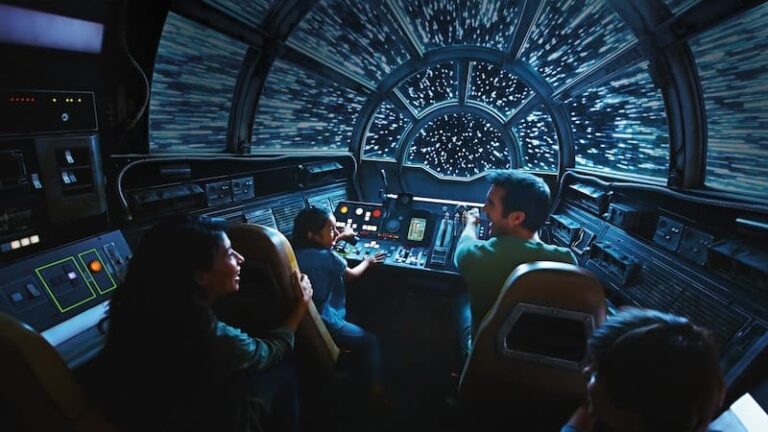 Yes we understand that Star Wars: Galaxy’s Edge has not opened yet officially so this review may seem a bit early. However, keep in mind that new attractions are previewed weeks before their official opening and that goes for Millennium Falcon: Smugglers Run.

Guests who love Star Wars will get a kick out of this attraction. You’ll finally be able to join the ranks of Han Solo and Chewbacca and fly the Millennium Falcon on your own mission! The story for this new attraction is based around you helping Hondo deliver “merchandise” in exchange for him doing some work on the Millennium Falcon. Of course things aren’t as easy as you’d hoped as you make your delivery.

The set-up of the attraction includes 6 guests filling into 6 positions of the Millennium Falcon in order to make the run. There are 2 pilots, 2 gunners and 2 engineers. The pilot positions include one who’s in charge of the Falcon going up and down and the other side to side and hyperspace. The two gunners are exactly that. They are in charge of shooting down anyone who stands in the way of making your run. Finally, the 2 engineers in the back are in charge of fixing anything that goes wrong with the Falcon during your mission. 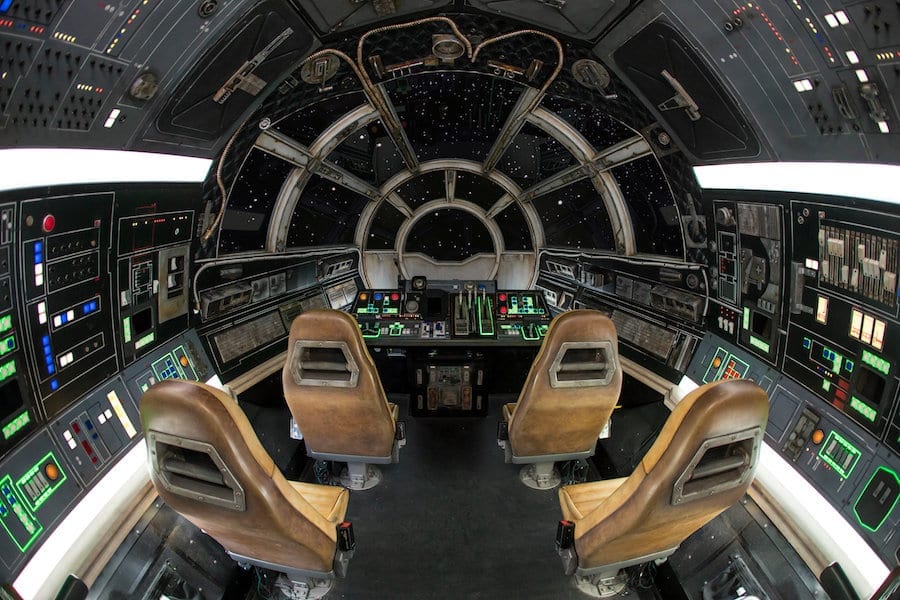 Before entering the cockpit guests are assigned a team such as red or green. They then wait in a holding area that’s designed after the main hold of the Millenium Falcon (where the chess game is). You wait there until your team is called up to begin your mission. You’ll be lead into the cockpit of the Falcon where you’ll take your positions: Pilots at the front, gunners in the middle and engineers in the back.

Now you may be wondering how this all works while you’re trying to enjoy the attraction. The flight deck does has a screen in it similar to the one found on Guardians of the Galaxy or Star Tours (without the 3D). It can get a little messy with watching the screen while performing your job. Of course your mission “could” fail if you don’t fulfill your jobs properly so pay attention. 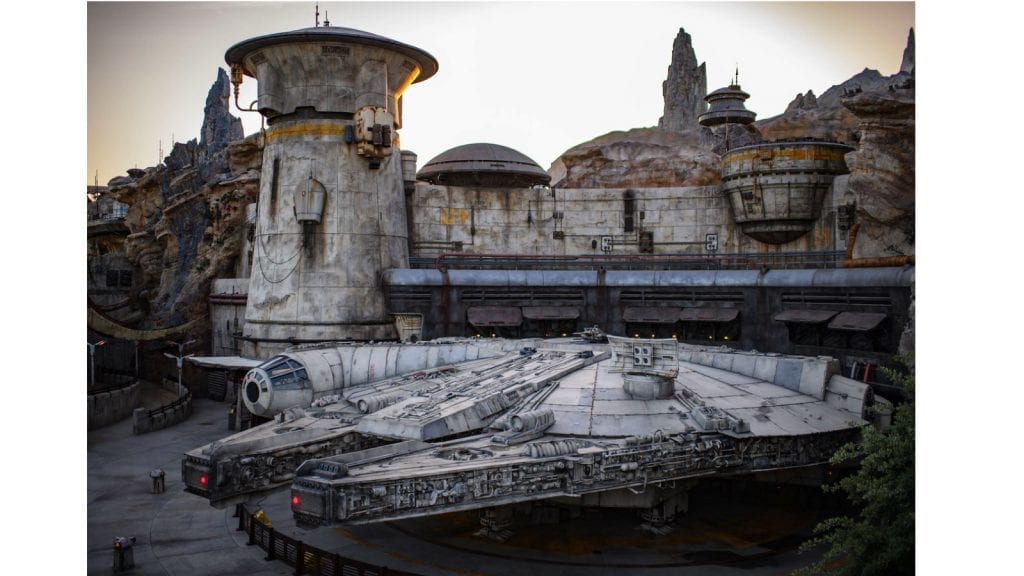 The engineers in the back simply push buttons as they light up so it’s not that complicated. The gunners positions are actually the same. You literally just push buttons when they light up. You have no control over where you’re shooting, just how often. The pilots are really the main positions and really the ones who determine how your mission turns out. If you have crappy pilots, you won’t do very well. If it’s someone’s first time piloting, good luck!

We found this weighting system a little lame and unfair. It puts a lot of pressure on the pilots while gunners and engineers are just pushing simple buttons in the back. What we’re getting at is if you don’t have two experienced pilots flying, you probably won’t score that well. Of course there will always be people who care about that stuff and those who don’t.

You’ll definitely want to ride this attraction several times to experience it from different positions and views. Once won’t be enough.

One thing to keep in mind is that your team and yourself are being scored as you do your missions. And that score will follow you all throughout Batuu. If you crash the Falcon on your mission, someone at Oga’s Cantina may make a remark about it while you’re enjoying drinks. Be sure to put the best team together that you can but keep in mind that if you don’t have 6 in your group, you’ll be put with others or single riders.

The biggest thing we can say right now about this attraction is that it’s the only one open in Galaxy’s Edge and it’s a must try. If attractions such as Guardians and Star Tours make you a little sick, this one will too. It wouldn’t be a bad idea to take some dramamine before riding.

One cool thing is that the story setting inside changes depending on the time of day it is outside. So during the day you’ll leave Batuu when it’s light outside. At night it will be dark.