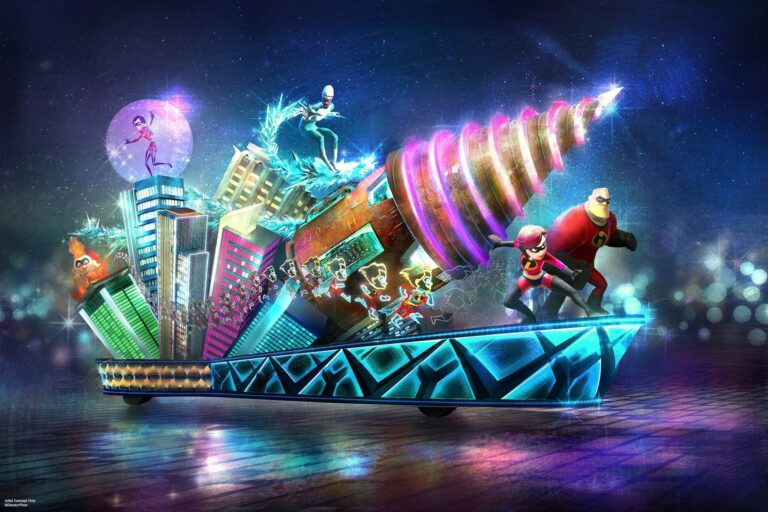 Joining “Paint the Night” on June 23, 2018 is a new float inspired by Disney•Pixar’s “The Incredibles” and “Incredibles 2.” The Parr family and their pal Frozone will make their debut in this spectacular parade with high-tech, pop-art effects.

Here’s how the fun and excitement of “The Incredibles” will be brought to life:

This super float joins “Paint the Night” this summer during Pixar Fest, the limited-time celebration happening now through Sept. 3, 2018. Pixar Pier will also welcome you at Disney California Adventure Park on June 23, 2018.

Be sure to purchase your discount Disneyland tickets with Park Savers to save over gate pricing! Or use our special coupon code PARKSAVERS to save an additional $10 off your Disneyland Resort package.