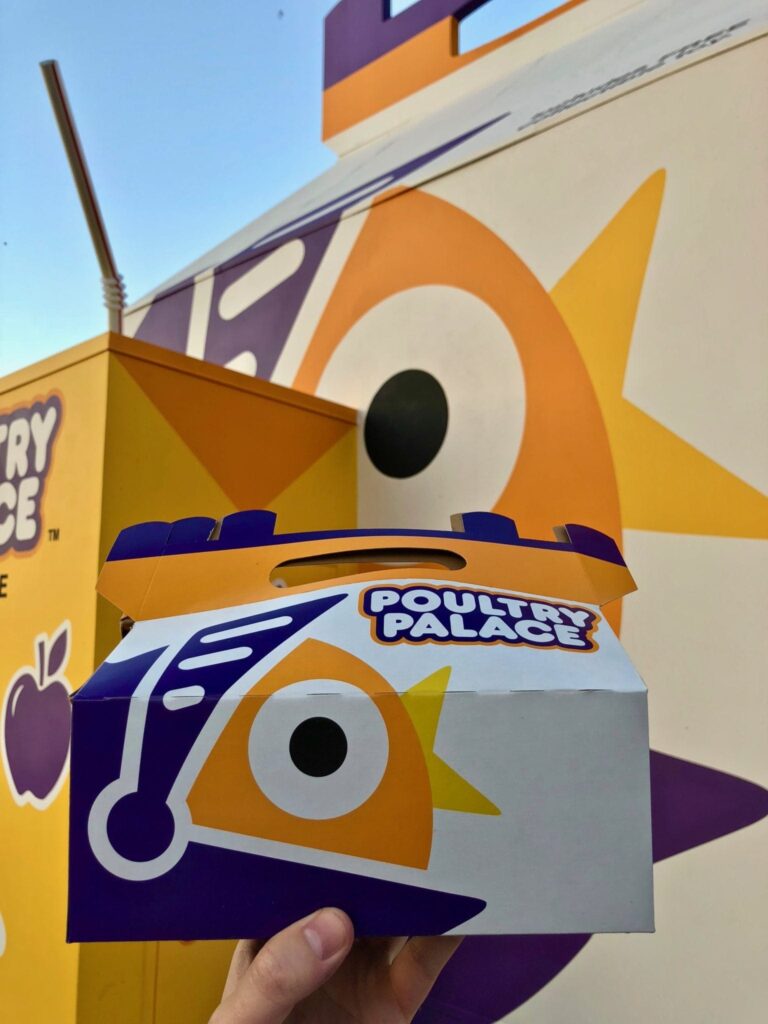 Poultry Palace is a quick service restaurant at Pixar Pier at California Adventure Park. It opened June 23rd, 2018 the same day Pixar Pier officially opened. Poultry Palace gets it name from a Toy Story Toon called Small Fry featuring Buzz and and Rex. We were thinking the same thing…no idea! We did end up watching it and it’s really fun! 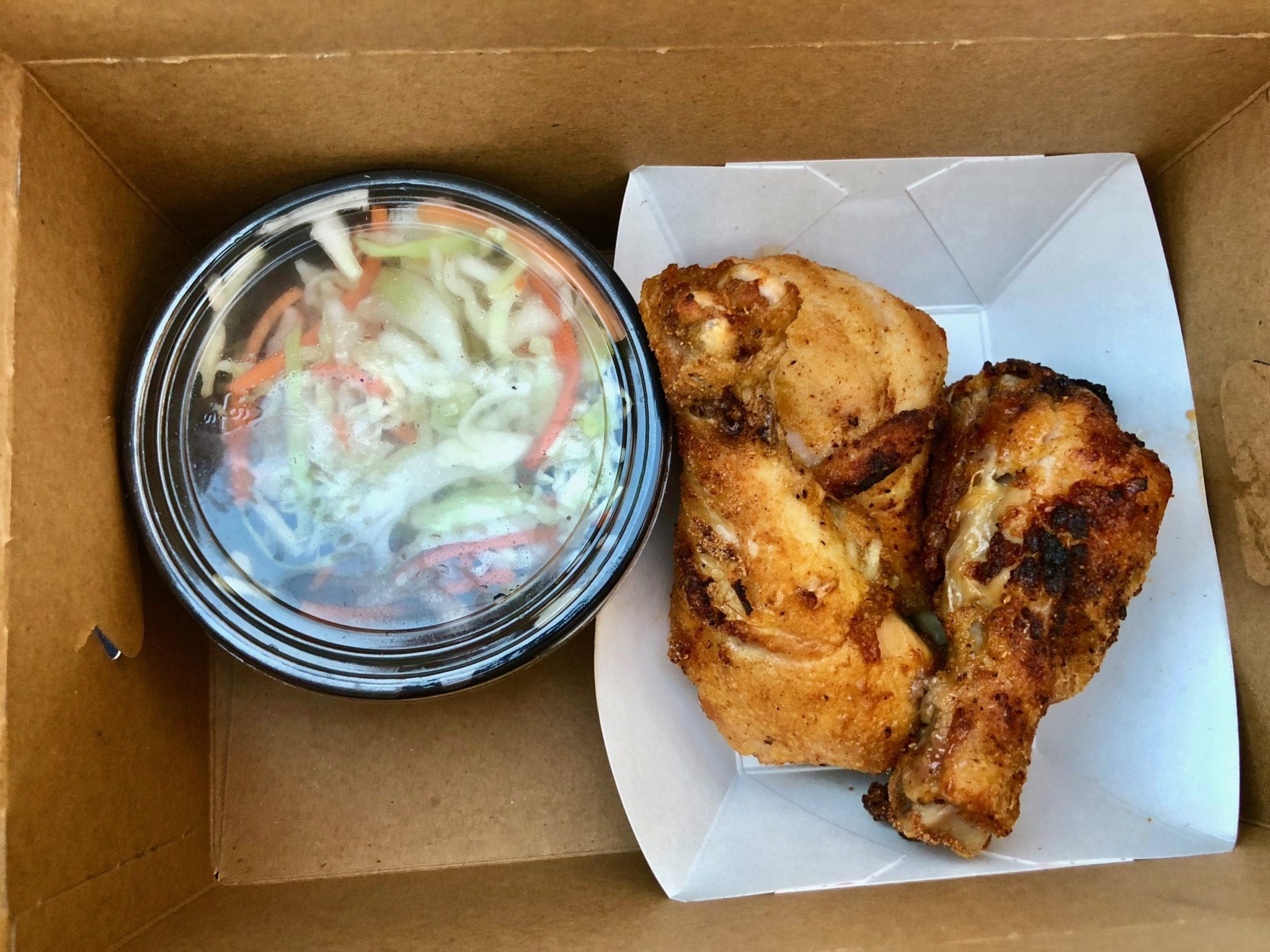 The seasoned drumsticks which we loved have a special dry rub on them that makes them sweet and just a tiny bit spicy. Just a tiny bit! The dish comes with 3 drumsticks and a side of coleslaw. The coleslaw was decent but not our favorite. The drumsticks had a fair amount of meat on them and for the price of $10 we thought it was a reasonable price (for theme park pricing). The drumsticks and coleslaw come in a fun to-go box that resembles the stand.

The turkey leg is just the classic turkey leg that can be found at several stands across the resort. Nothing special about the one at Poultry Palace.

The corn on the cobs are great! Crispy, buttery and seasoned very well, we highly recommend them! It’s almost healthy but then it slathered in butter…you decide but for us, we’ll keep coming back for more! The chili-lime cob is a bit spicy so maybe it’s not the best for anyone who doesn’t like a little heat.

We do think Poultry Palace is a bit of a strange food item for a pier but we can’t complain about the taste and quality. It’s worth a try!

If chicken and corn isn’t your thing be sure to read up on the Lamplight Lounge or Angry Dogs, both located at Pixar Pier as well. We also have a complete guide to Pixar Pier that will help you make the most of your visit there.