Today Disney announced that they would be investing and building new master-planned communities around the U.S. starting in California. Storyliving by Disney will build its first community in Rancho Mirage, in California’s Coachella Valley—a location where Walt Disney himself owned a home. 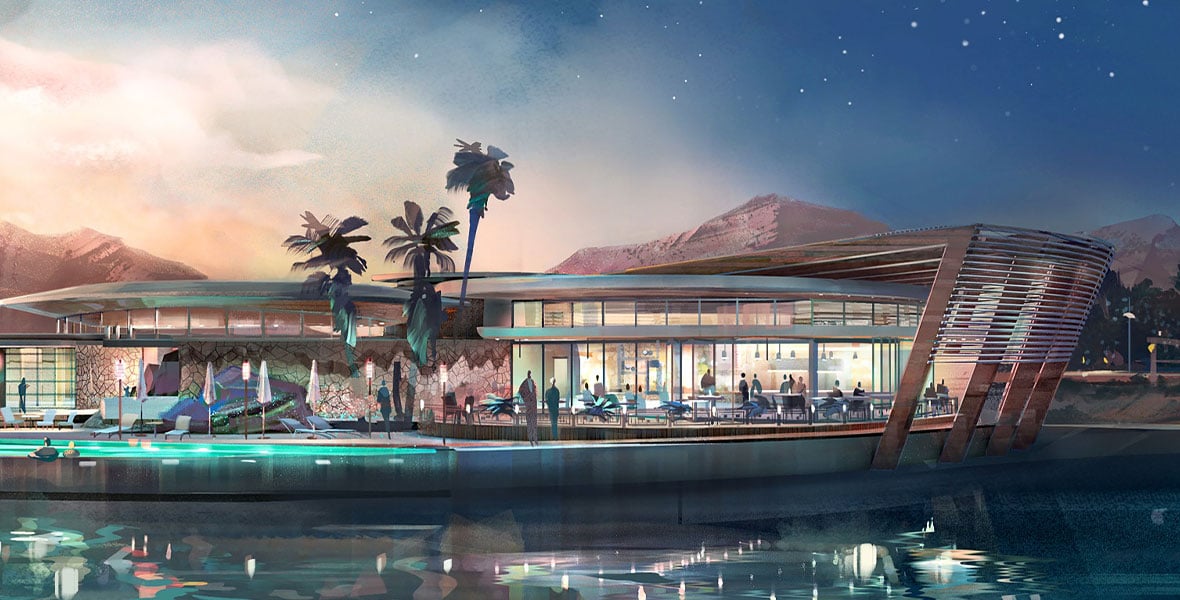 The communities with be infused with company’s special brand of magic and hope to inspire new friendships and interests into the people who live there. Each community will feature unique amenities throughout and be managed by Cast Members through the HOA. Disney Imagineers will design each community and home plans starting with Cotino which will feature several different home types including estates, single family homes, and condominiums. A section for 55+ will also be available.

Per the Specific Plan approval for the development, the community is expected to surround an approximately 24-acre grand oasis featuring clear turquoise waters with Crystal Lagoons® technology, enabling crystalline lagoons of any size to be built sustainably, with low water consumption and using a minimum amount of additives and energy. A voluntary club membership will offer access to a waterfront clubhouse, a club-only beach area and recreational water activities, as well as Disney programming, entertainment, and activities throughout the year.​

At the time of the announcement, President of Disney Parks and Resorts Josh D’Amaro said, “For nearly 100 years, Disney has shared stories that have touched the hearts and minds of people all around the world. As we prepare to enter our second century, we are developing new and exciting ways to bring the magic of Disney to people wherever they are, expanding storytelling to storyliving. We can’t wait to welcome residents to these beautiful and unique Disney communities where they can live their lives to the fullest.”

No official date was announced for the ground breaking of Cotino not did Disney announce any other plans for future communities. No pricing was announced either.