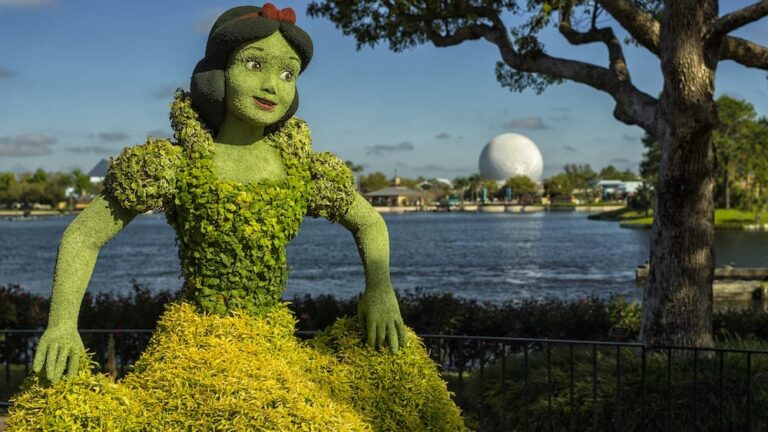 We’re starting a brand new series for Walt Disney World called Fun Facts and it’s going to be exactly that. No filler content here, just simple and straightforward fun facts about Walt Disney World including all 4 parks and the entire resort itself. Have something interesting to share? Let us know! We’d love to hear it!

A world of tunnels below your feet

Did you know that there’s a huge network of tunnels below you when you’re at the Parks? Disney’s utilidors help cast members navigate the giant park. With color-coded walls the cast members can travel in golf-carts to get to and from their jobs. Fun-fact, the walls are big enough for an ambulance to drive through. Interested in seeing these giant corridors? Take the, “Keys to the Kingdom Tour” and get your fill!

Ever wonder why you’ve never been soaked by rain water coming off Epcot’s Spaceship Earth? The 16-million-ton sphere has a passage built into it that navigates the water to the park’s World Showcase Lagoon. Now that’s keeping green!

Laundry for a small city

Next time you feel like complaining about having to do laundry try and remember the folks over at Disney World that are averaging 285,000 pounds of laundry every day! Don’t forget the dry-cleaning, between 30,000 and 32,000 garments are cleaned daily.

Bottled water or an admission ticket

Today it’ll cost you $3.50 for a bottle of water in the Parks but when the doors first opened that price would have gotten you a full day’s admission! That’s around $21 today or the cost of a small shirt!

More than 75 million Cokes are consumed every year at Walt Disney World along with 13 million bottles of water. That’s right, no Pepsi’s to be found here!

Before arriving on Aerosmith for Disney’s Rock N Rolla Coaster the company was looking at The Rolling Stones to play the ride’s music, but the band was asking for too much money. Other bands that past include U2.

With nearly 75,000 cast-members, Disney World is the largest single-site employer in the United States.

That’s a lot of shade

Over 200 pairs of sunglasses are turned into lost and found each day at Disney World. Since 1971 that’s over 1.65 million shades that have gone through the infamous bin!

The Disney Transportation System is the third largest bus system in Florida, with over 350 buses.

The monorail was opened in 1971 and today has three tracks and twelve trains running constantly. The total tracked miles from the trains is enough to make 30 round trips to the moon!

Can’t find your favorite brand of gum? That’s because Disney does not allow gum to be sold in their parks. Keeping the parks clean one stick at a time!

The fountain at Epcot’s Innoventions Plaza can shoot water 150 feet into the air, that’s just 30 feet lower than the tallest fountain in the world! If all shooters were released at once, it would emit 2,000 gallons of water.

One room at a time

With 30,000 rooms among its hotels and resorts, it would take you 68 years to stay in all of Disney’s different rooms!

Ever wondered how many outfits Mickey Mouse has? Neither have we, but the answer is more than 136! Minnie comes in a close second with around 100. Funny, we thought it’d be Minnie with all the cool costume changes!

Curious as to what happens at night in Disney’s Animal Kingdom Park? Take a special tour of the animals at night with the Savor The Savanna: Evening Safari Experience. Watch the nocturnal animals play on this nighttime safari while enjoying some delicious African-inspired tapas, beverages and more!

Disneyland in California spans a little more than 85 acres which might seem like a lot until you realize that the entire park can fit inside Disney’s Magic Kingdom (which covers 142 acres) with room to spare! Even that seems small when you think about the size of Disney World itself which is 25,600 acres (the size of two Manhattan Islands).

Like most people you probably thought Disney World was part of the City of Orlando, but you’d be wrong. It’s actually part of the Reedy Creek Improvement District which is a special taxing district that acts with the same authority and responsibility as a county government. Disney set it up himself so he could have more control of the surrounding area around his Parks. The district has its own Fire Department, law enforcement, and traffic protection.

Disney World may be full of stores, restaurants and rides but a good 12 percent of the Park or 4,000 acres is dedicated to gardens and other landscapes. To keep things fresh, the Disney Horticulturalists plant some 3 million annual plants! That’s close to 3,000 football fields of shrubbery!

In order to maintain the 2,000 acres of turf in the park, workers cover more than 450,000 mower miles. That’s equivalent to 18 trips around the Earth at the equator!

It’s not hard to believe that Disney World is one of the most photographed places in the United States. On any given day, Disney Photographers take between 100,000 and 200,000 photos of park guests.

The holidays are some of the best times to visit the parks, especially during the Christmas holiday! It takes 7-8 weeks to install the Castle Dream Lights, that’s over 350,000 lights! It’s enough to cover almost 1,750 eight-foot Christmas trees! They use 51, 888 feet of garland to decorate Main Street USA and a 65-foot tall tree to display in Town Square!

In order to create the life-sized gingerbread house in the Grand Floridian Resort & Spa, chefs have to use: 1,000 pounds of honey, 140 pints egg whites, 700 pounds of chocolate, 800 pounds of flour, 25 pounds of spices and 600 pounds powdered sugar!

The Epcot Gardens grow over 30 tons of fruit and vegetables each year that help feed all the park visitors!

You’ve got a deal

The 48 square miles of swampland now home to Disney World Theme Parks was originally purchased by Walt for a mere 5 million dollars! We think he got the better end of that deal!