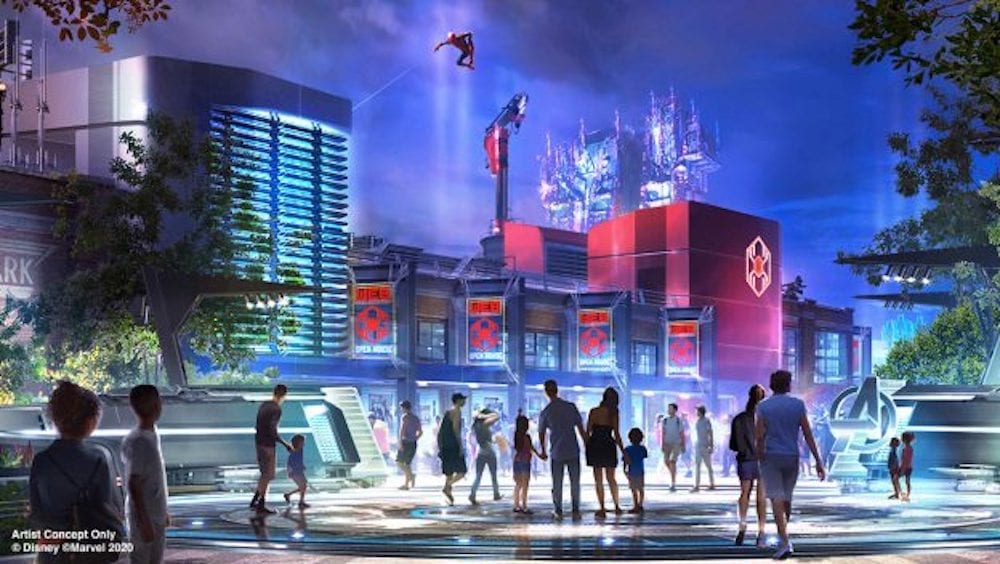 This new land will feature all things Avengers and replaces a bugs land that used to be there.

It will feature new attractions including a Spider Man and Guardians of the Galaxy that’s currently open.

Along with attractions there will be plenty of character experiences as well as a PYM Labs eatery.

Guests will also be able to see the web flinger himself soaring over the campus at nights!

Get ready for this exciting new land opening soon!