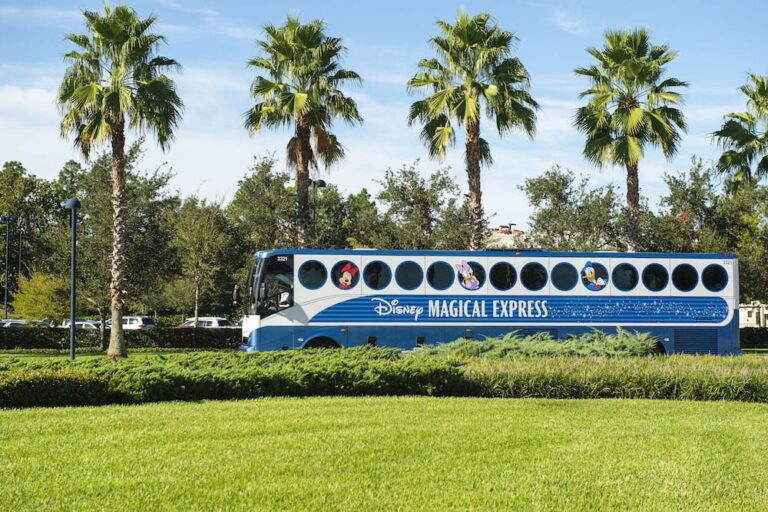 In Disney’s announcement they made it clear that guests have more options than ever before to get them to where they want to be, including ride share services, in a faster more flexible time frame. Currently, guests who have a reservation through 2021 will still be able to use the Magical Express. Any reservations made for the 2022 year and beyond will not include the service.

Reaction about the announcement was mostly sad and angered Disney fans who have long been using the service. Many said it’s one of the main reasons they stay on property as the service helped them avoid big taxi and rideshare fees to and from the airport. Several also mentioned the loss of the luggage service that was included. While many fans and guests express disappointment, others commented on how they prefer the other options like Uber and LYFT over the bus as it saves them a lot of time.

While the service may be shutting down at the end of this year, talks of the Florida-Based Brightline train service making its way from the airport to the resort are continuing. A look at Brightlines website shows that they currently have an expansion stop planned at Walt Disney World which would bring of lot of possibilities for Disney and their guests. Disney may opt to provide guests with free or discounted tickets for the train to their resort as well as a possible luggage service. Expansion hub details for the resort has not been released as of yet but it may be that Disney’s own Skyliner or bus service would pick guests up from here and take them to their hotels.

This would cut Disney’s transportation system down significantly with only a few miles to drive each way. It would also provide guests with a quick way to get from the airport to the resort without the hassle of a rideshare.

Along with the news of ending the Magical Express service, Disney announced new Early Theme Park Entry hours for resort hotel guests. The service will start sometime in 2021 and will offer property hotel guests the option to enter any of the 4 parks 30 minutes before they open to the public.

Prior to COVID-19, Disney offered Extra Magic Hours for their theme parks that included 2 park each day offering an early entry or a late stay. Sometimes there were several hours early or late depending on the park and the day. This new service is for all 4 parks on the same day but keep the early entry to only 30 minutes before park opening. Disney has said that Extra Magic Hours will not return until COVID-19 restrictions are gone.