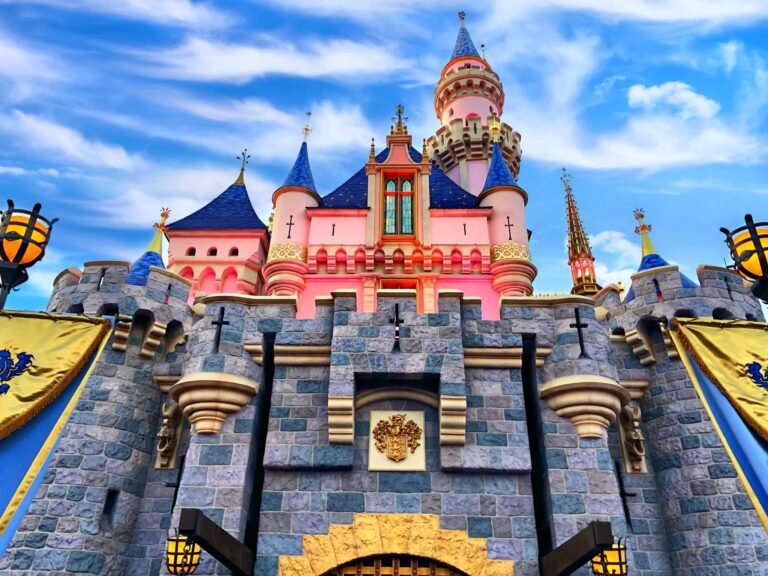 How Big is Disneyland?

Disneyland is an undeniably magical place to visit. An extraordinary park in Anaheim, CA, it has been a vacation destination for families since its opening in 1955. The first park that was opened by Walt himself, it is a staple of vacations for many around the world.

But have you ever wondered, how big is it in acres?

On the contrary, many people love Disneyland because of its rich history, unique attractions and the community feel it gives. Plus, as it is the first Disneyland park, it’s exciting to see where the magic began.

Over the years, the park has rapidly grown to include different lands and a new park. From the 160 acres in 1953 to the 500 Disneyland acres it is today, it has seen many innovative and notable improvements.

In 1955, the park opened with approximately 13 rides/attractions:

Since then, the park has expanded to host approximately 53 different attractions. Disney California Adventure Park, on the other hand, is home to 37 – and this number is ever-expanding.

One of the original themed lands, Fantasyland is known as the home of Sleeping Beauty’s Castle. Situated just off of Main Street USA, this magical land was said to be Walt’s favorite. This area of the park is also host to most of the original rides, such as Peter Pan’s Flight, Storybook Land Canal Boats and King Arthur Carousel.

Fun fact: there is a plaque that’s placed in front of Sleeping Beauty’s Castle which commemorates the spot in which the notorious Disneyland Time Capsule was buried. Buried on the 40th anniversary of Disneyland, it has a variety of Disney Park memorabilia within it. It’s set to be opened in 2035 – 40 years after it was first encased.

Another original land, Adventureland opened with the park in 1955. Originally intended to host real African animals and take inspiration from Walt’s Asian and African nature documentary, it spans approximately 5 Disneyland acres. After zoologists recommended mechanical animals over real animals, the land was opened with Jungle Cruise. Since then, Indiana Jones Adventure, Walt Disney’s Enchanted Tiki Room and Tarzan’s Treehouse have joined the land – making it a beloved area to visit. 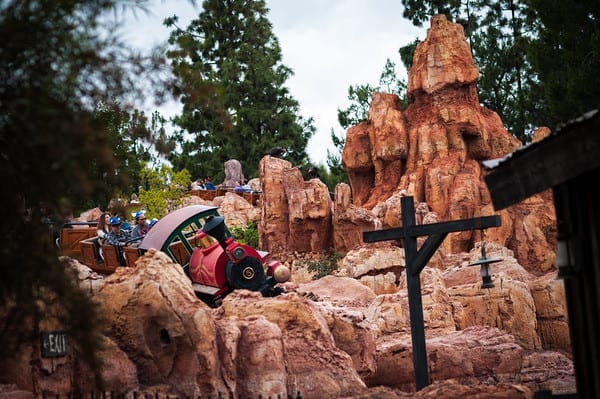 Another original themed land, Walt Disney wanted this land to showcase what the wild wild west was all about. However, on opening day, there were not many attractions.

Instead, it was focused around traveling by wagon and experiencing what it was like to be a cowboy. Since then, it has grown to house Big Thunder Mountain Railroad, Frontierland Shootin’ Arcade, Pirate’s Lair on Tom Sawyer Island, Fantastmic, Mark Twain Riverboat and the Sailing Ship Columbia.

Tomorrowland is different from anything else in the park. Focused on the future, Walt wanted it to transport you to space. Filled with innovative rides, such as Autopia, it was all the rage in the age of the space race. It now has the Astro Orbiter, Buzz Lightyear Astro Blasters, Disneyland Monorail, Finding Nemo Submarine Voyage, Star Tour, Star Wars Launch Bay and of course, Space Mountain. 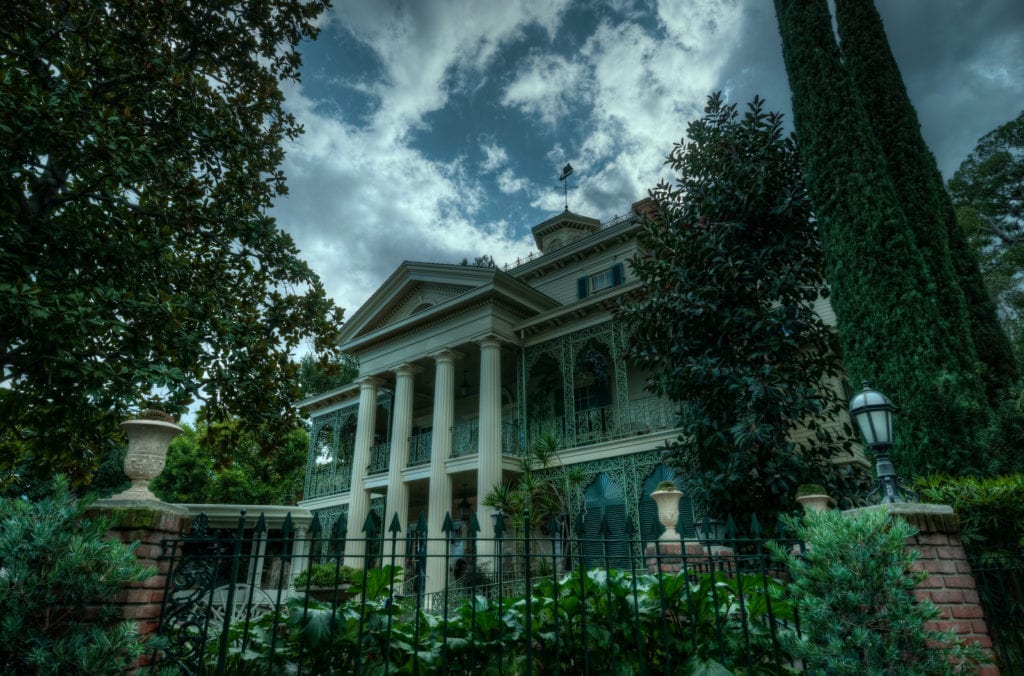 The first major addition to Disneyland was New Orleans Square, which opened in 1966. A themed land that is based on 19th Century New Orleans, it cost the company approximately $18 million to construct. Spanning just under 3 Disneyland acres, it has recently been replicated in Tokyo Disneyland. Home to Pirates of the Caribbean, Fantasmic, Haunted Mansion and the Disneyland Railroad (as well as shops and restaurants), it’s a unique place to visit that transports you to Louisiana.

Feel as though you have ventured into the wilderness with a trip to Critter Country. Opening in 1972, this animal-themed area is home to Davy Crockett Explorer Canoes, The Many Adventures of Winnie the Pooh and Splash Mountain.

Upon opening in 1956, this area was known as Indian Village. Host to a variety of Native American-themed attractions and shows, it was a popular area of the park. However, it was redesigned and rethemed to become Bear Country in 1972. Now spanning 4 Disneyland acres, it cost approximately $8 million to construct.

Mickey’s Toontown is located in both Disneyland California and Tokyo Disneyland. However, the Magic Kingdom in Orlando also has a similar park which was opened in 2011 – called Casey Jr. Circus. Transporting you into Mickey’s universe, you will be able to dine, shop and ride fun attractions. Taking inspiration from the world inside Who Framed Roger Rabbit (1988), people of all ages love this land.

Home to a wide range of attractions, including Roger Rabbit’s Car Toon Spin, Chip ‘n’ Dale Treehouse and Donald’s Boat (amongst 5 others) it is a classic land. An exciting new attraction called Mickey & Minnie’s Runaway Railway is also set to open in Toontown in 2022. 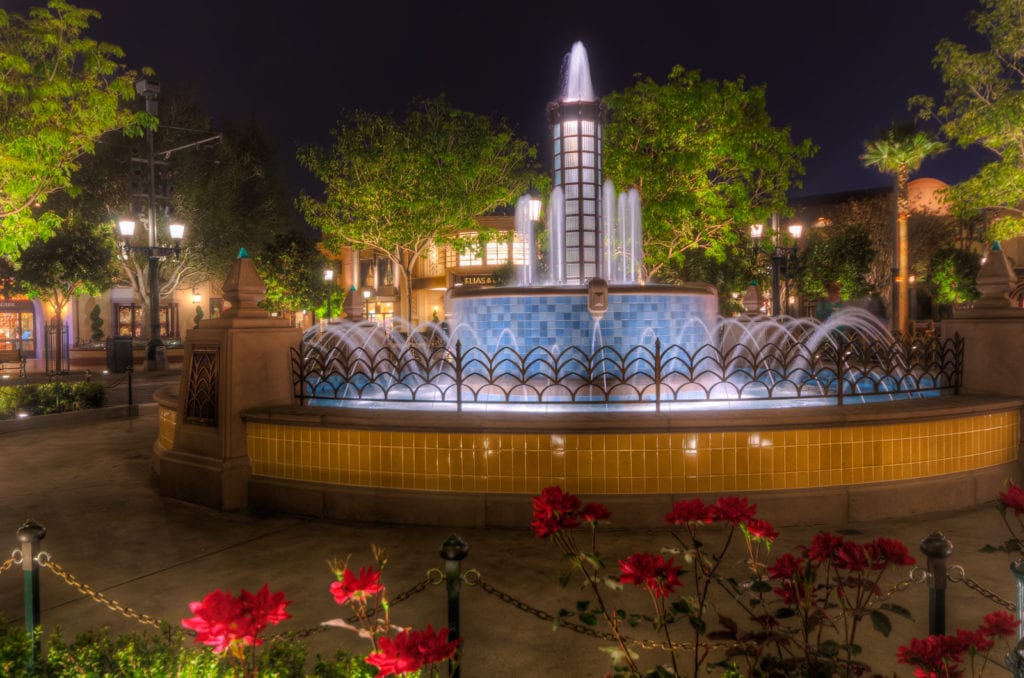 Disney’s California Adventure (also known as DCA) was a milestone in Disney’s history. Spanning 72 Disneyland Acres it is split into 7 areas: Buena Vista Street, Pixar Pier, Paradise Gardens Park, Grizzly Peak, Pacific Wharf, Cars Land and Hollywood Land. As mentioned above, it has 37 different attractions within it, as well as a variety of restaurants and shops.

Last year, it was announced that a Marvel-themed land will be built around the Guardians of the Galaxy ride which was introduced in 2017. Within this land, you can expect attractions based around various Marvel superheroes. It is set to open in 2020.

The latest addition to Disney’s Park is Star Wars: Galaxy’s Edge which opened this year. Inspired by the world-famous franchise, it spans across 14 Disneyland acres and has a range of shops, restaurants and attractions. As the park has just opened, it only currently has one ride – Millennium Falcon: Smugglers Run, but expansion is planned for the future.