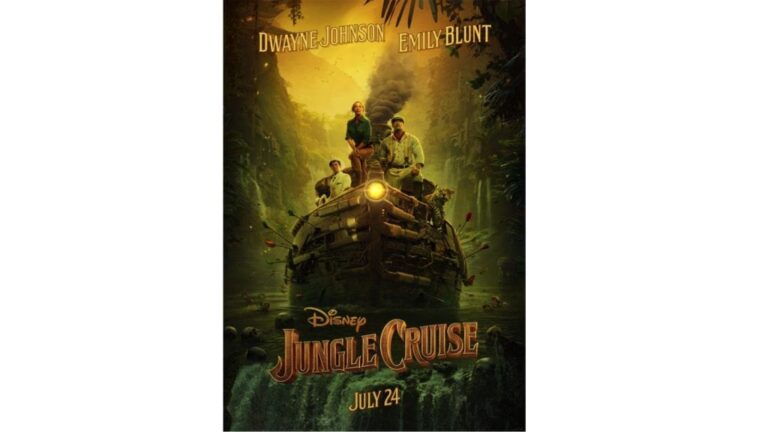 Calling all adventurers seeking wildlife—and wisecracks! Get ready to cast off for an adventure of a lifetime in the upcoming Disney film “Jungle Cruise.”

Inspired by the famous Disney Parks ride of the same name, Disney’s “Jungle Cruise” is an adventure-filled, Amazon-jungle expedition starring Dwayne Johnson as the charismatic riverboat captain and Emily Blunt as a determined explorer on a research mission. Also starring in the film are Edgar Ramirez, Jack Whitehall, with Jesse Plemons, and Paul Giamatti.

Check out the new, action-packed trailer:

“Jungle Cruise” opens in theaters on July 24, 2020. In the meantime, you can brave the hilariously fun Jungle Cruise attraction at Disneyland® Park in California and at Magic Kingdom® Park in Florida!

If you’re a Jungle Cruise fan you’re going to love this trailer. It has so many classic lines and scenes from the attractions including animals and the backside of water.