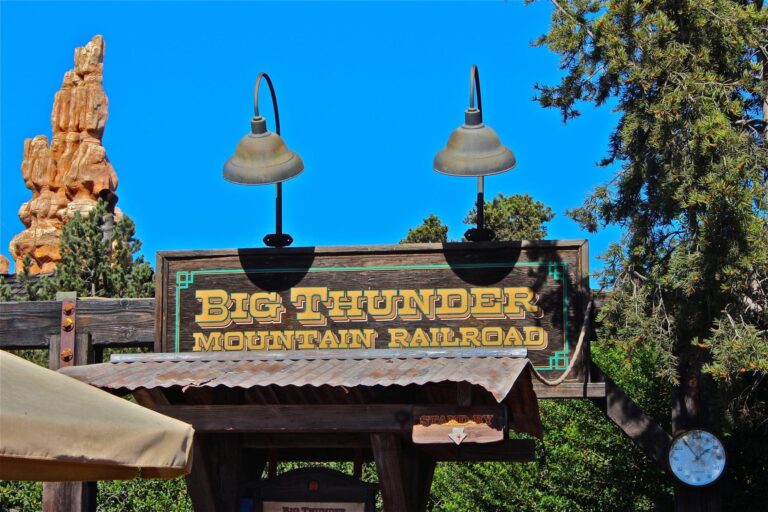 Big Thunder Mountain Railroad made its debut at Disneyland Park in 1979 after extensive research including an outing adventure by Imagineers. Whereas the ride was originally going to be a stand alone attraction, it ended up replacing an existing one known as Mine Train Thru Nature’s Wonderland. 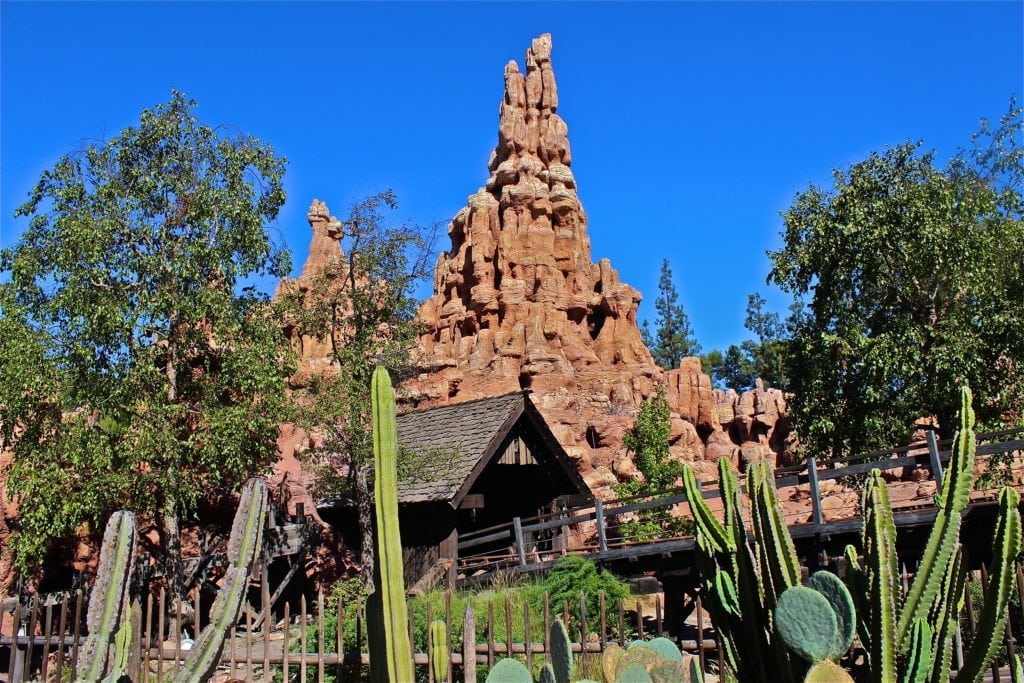 The giant rock formation that grabs your attention stands 104 feet tall and is based off of the rock formations of Bryce Canyon National Park in Utah. One year later Big Thunder made its debut at Magic Kingdom Park in Florida with a similar rock formation but this one was based on Monument Valley instead of Bryce Canyon. If you compare the two closely you’ll notice differences in the shape and color of them.

For fans of the Indiana Jones films you’ll be interested to know that during the filming of the 2nd Indiana Jones movie, Temple of Doom, Steven Spielberg actually came to Disneyland Park to record sounds from Big Thunder Mountain for his mine cart scenes in the movie. Pretty cool!

For more Fun Facts click here or just click on the Fun Facts category on the left side of your screen.