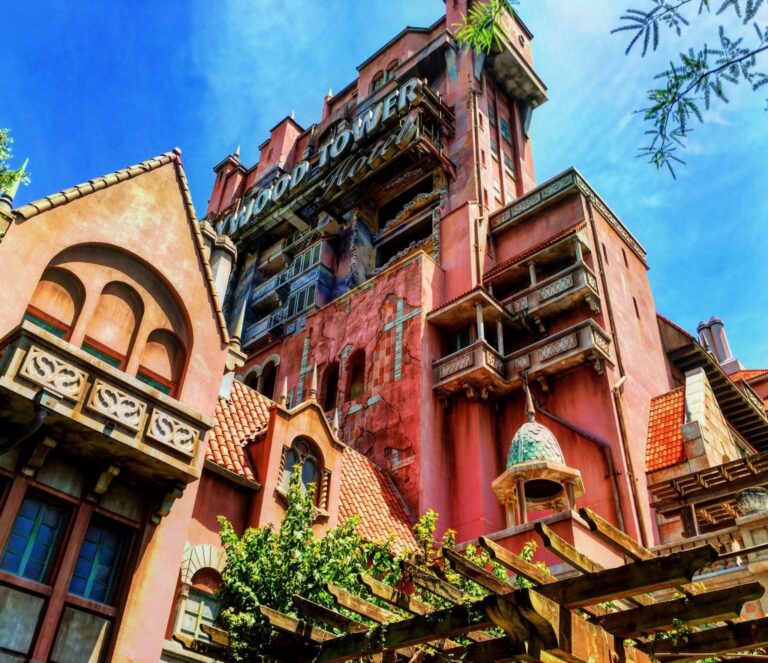 It’s a classic. The Hollywood Tower Hotel at Disney’s Hollywood Studios is a fan favorite and a must ride attraction. The Hotel opened in 1994 at the end of Sunset Blvd and has been producing some of the best screams ever since. The attraction features the tower itself and extensive grounds including old fountains, sculptures, and lots of shrubbery. Inside the tower is the lobby which has seen better days and of course the library where you start your Hollywood experience. 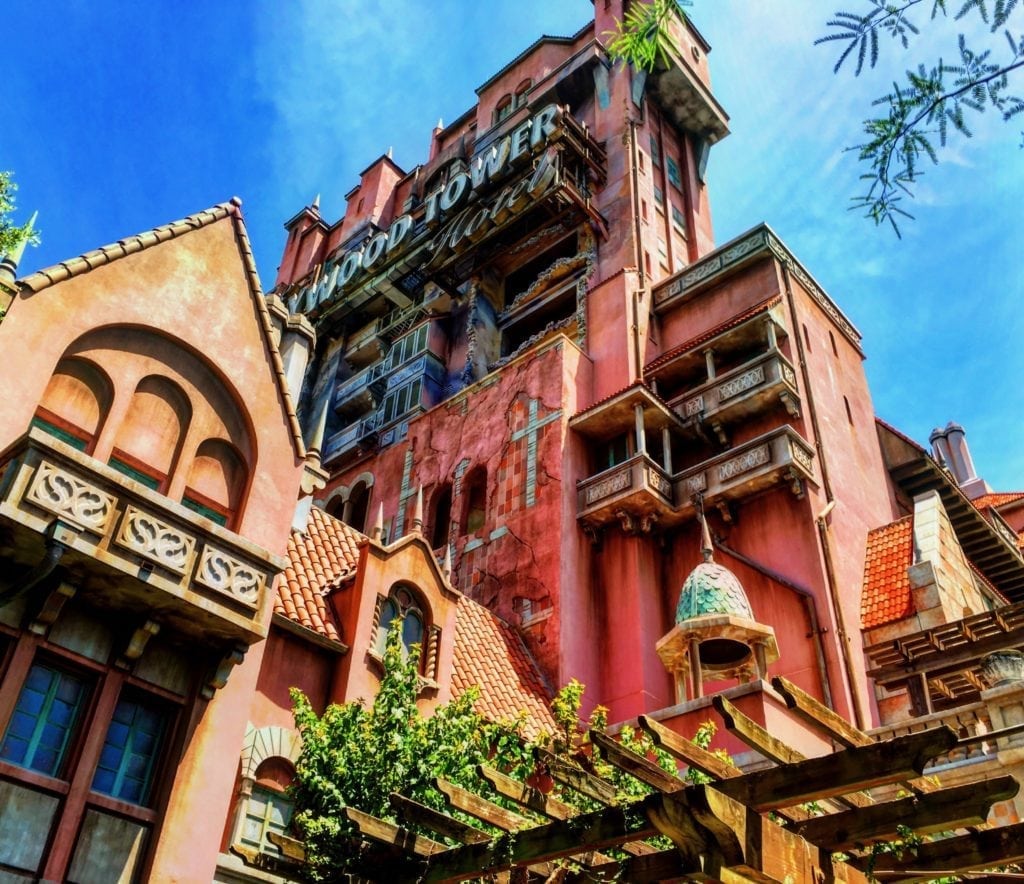 The library is full of things like old lamps, pictures, books, and even some hidden messages from past Imagineers. One of our favorites is the note left behind for the porcelain found on one of the tables in the library. The note reads, “Porcelains of Europe. Although susceptible to earthquake damage, are an important element in films and attractions of Hollywood.” The note references the 1994 Northridge earthquake in California where several of the porcelain props for the Hollywood Tower Hotel were damaged and broken.

Most of the porcelain was repaired and some needed to be replaced but it’s there in the library for you to enjoy…and a little note about its history.