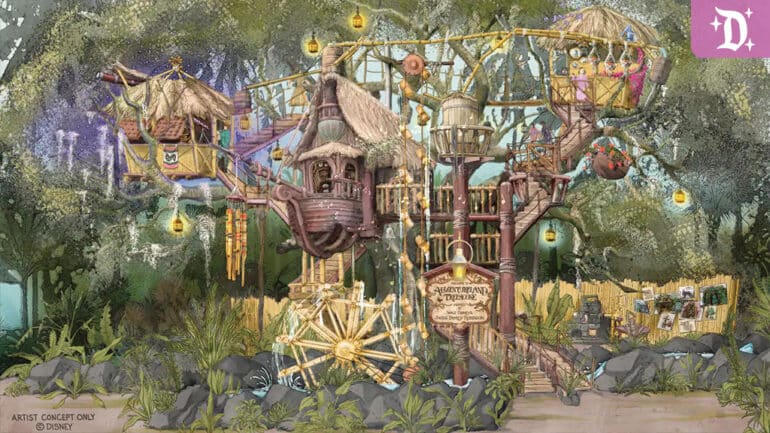 Re-Themed Disneyland Treehouse Will Reopen In 2023

We know Disneyland Resort fans have been eager to learn more about the enhancements coming to the beloved treehouse in Adventureland at Disneyland park. Today, we are excited to share new details with everyone!

The Adventureland Treehouse will showcase wonderous new environments created amongst the branches of a giant tree on the shores of the Jungle River, where guests will once again enter by the giant waterwheel and follow the wood rope stairways up, up, up into the boughs. 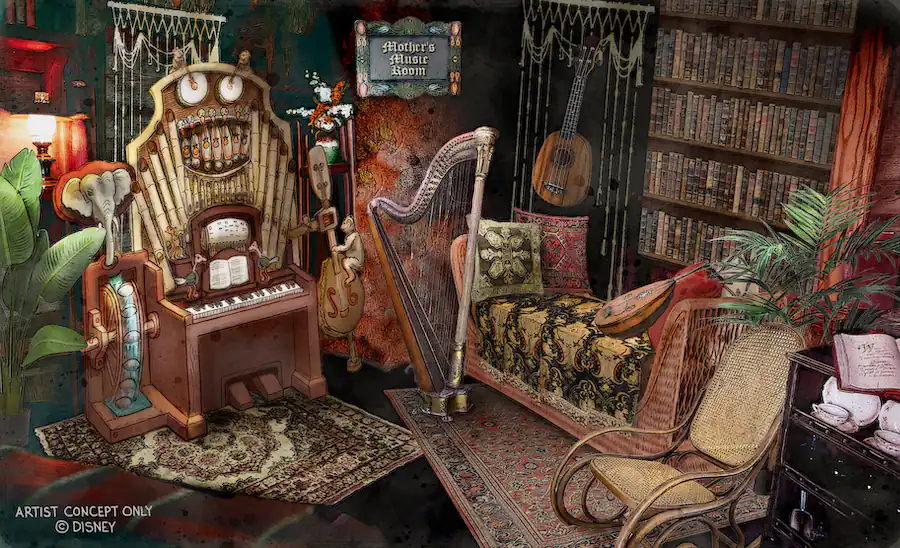 Here, guests will find fascinating rooms that the family in this new story created for one another. From the mother’s music den (as depicted in the concept art above) and the young sons’ nature room to the teenage daughter’s astronomer’s loft, all things are fashioned from found objects, natural resources, and pure ingenuity.

For those who would rather stay on terra firma, the bottom floor will showcase an ingenious kitchen and dining room, along with the father’s art studio, displaying hand-drawn sketches and paintings of each of the rooms.

Walt Disney Imagineers are hard at work and delighted to bring this classic back in a fresh way, full of magic, enchantment, and wonder. After all, who wouldn’t want to live in a tree in Disneyland?!

When is the Disneyland Treehouse Reopening?

The new treehouse in Adventureland will re-open in 2023 with no exact date specified as of yet.

What will the treehouse’s new theme be?

The treehouse, which as initially themed Swiss Family Robinson, will take on elements of that along with its own ideas. Essentially it’s being “inspired” by Swiss Family but not exactly themed completely to that nature. All The Latest Planning Tips In 1 Simple Email
Go to Appearance > Customize > Subscribe Pop-up to set this up.
<div id="pswp" clas