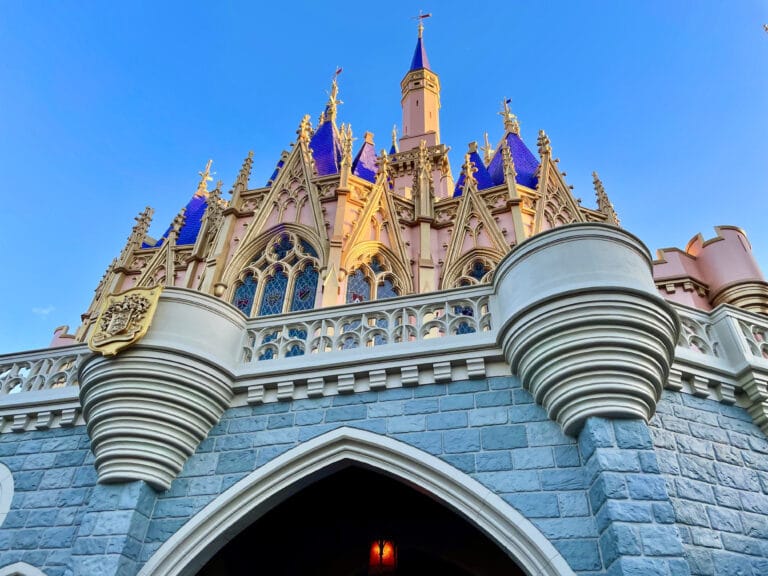 Disney previously announced that the beloved Bibbidi Bobbidi Boutique would be closed until August 25, 2022. Although we are still a few weeks out from opening, Disney announced guests can officially book their reservations for both boutiques at Disneyland and Magic Kingdom, today! Disney shared the news on Twitter, stating reservations would open up for Magic Kingdom at 1:00 p.m. ET and Disneyland Resort at 10 a.m. PT.

Magic Kingdom’s reservation page features the adorable packages available for young guests (aged 3-12.). The Carriage Package, starting at $99.95 includes hairstyling, makeup, a princess sash and cinch sack, nail polish, and exclusive boutique T-Shirt. The Castle Package is quite a jump at $199.95 and adds a Disney Princess gown of choice along with coordinating accessories.

The Deluxe Castle Package is just a step above at $229.95 and states the Disney Princess gown can be selected from a limited number of Disney Princesses and will be accompanied by a full boxed accessory set. The adorable Knight Package is a steal at only $19.95 and includes hairstyling and a “mighty sword and shield.” Lastly, the Deluxe Knight Package adds a selected Knight Costume for $79.95.

With the return of this incredibly popular experience, guests should make their reservations as quickly as possible! The Q&A page from Disney World’s reservation site indicates reservations can be made up to 60 days in advance. Guests can book reservations online, by phone at (407) 939-7529 or by calling the Disney Vacation Club at (800) 800-9800. The magical transformations done by the newly named Fairy Godmother’s Apprentices will take anywhere from 30 minutes to one hour and the park advises that children should arrive with clean and brushed hair.