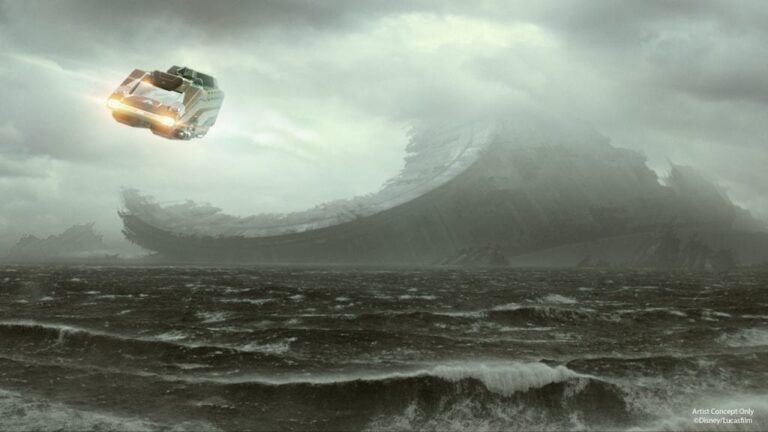 Since the launch of Star Tours – The Adventures Continue, we’ve had a great time partnering with Lucasfilm and Industrial Light & Magic to update the attraction with new and exciting destinations. Passengers who board the Starspeeder 1000 never know where in the galaxy their pilot C-3PO and navigator R2-D2 will take them. We’ve added flights to Jakku, Crait and even Batuu!  Along the way, we’ve encountered many of our favorite characters from the Skywalker saga.

I know that many of you are as excited as I am about the December 20th film launch of Star Wars: The Rise of Skywalker. Today we’re excited to announce that Star Tours – The Adventures Continue at Disneyland® Resort, Walt Disney World® Resort, Disneyland Paris and Tokyo Disney Resort will be adding new destinations inspired by the latest episode of the Star Wars saga. Star Wars: The Rise of Skywalker hits theaters on Dec. 20, 2019.

In the trailers for Star Wars: The Rise of Skywalker, fans caught glimpses of the ocean moon Kef Bir. All we can say at this point is that Starspeeders will be heading there soon!