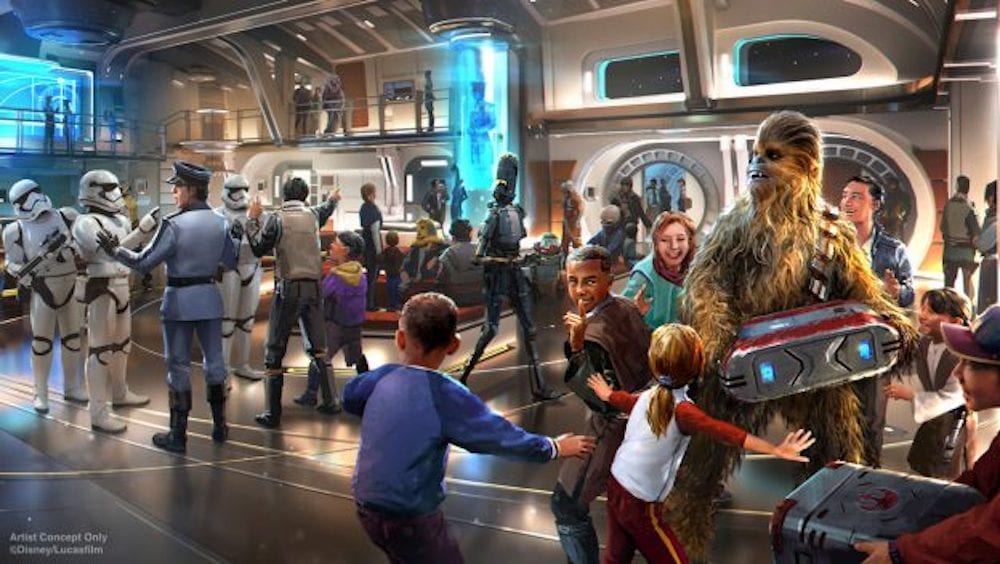 It’s a great time to be a Star Wars fan. “Star Wars: The Rise of Skywalker” is out in movie theaters. “The Mandalorian” is streaming on Disney+. Star Wars: Rise of the Resistance just opened inside Star Wars: Galaxy’s Edge at Disneyland® Park in California and Disney’s Hollywood Studios® in Florida.

And it’s about to get even better. Reservations will open later this year for Star Wars: Galactic Starcruiser, which debuts in 2021 at Walt Disney World® Resort in Florida. This new two-day and two-night vacation is an all-immersive experience that will take you\to a galaxy far, far away in a way that only Disney could create.

While there is no official date or month set for reservations I would guess that late summer early fall would be their timeframe pending any delay in construction. Be sure to follow us on Facebook and Twitter for updates on reservations so you can be one of the first to stay at this brand new immersive hotel!