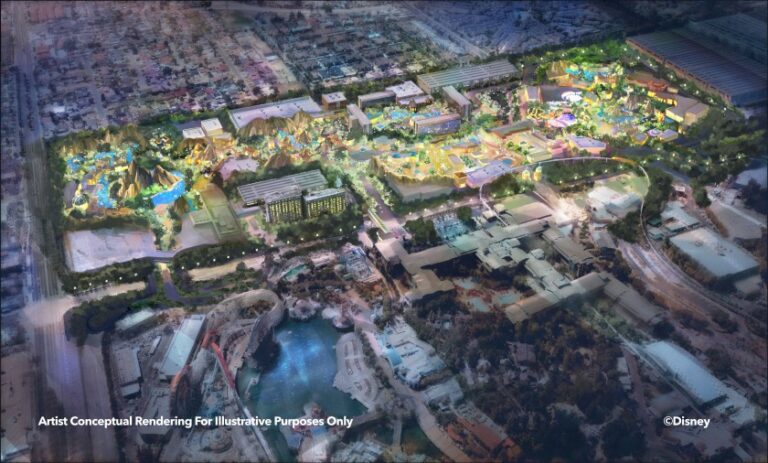 A Tweet from the Anaheim PD seems to have accidentally revealed a Disneyland Expansion that Disney has yet to officially announce. Speculations about a third park or several new lands have been rumored since Disneyland spoke about possible editions they want to bring to Anaheim back in a March 2021 press release. But it looks like Anaheim PD may have accidentally let the official news slip seen in the tweet below. 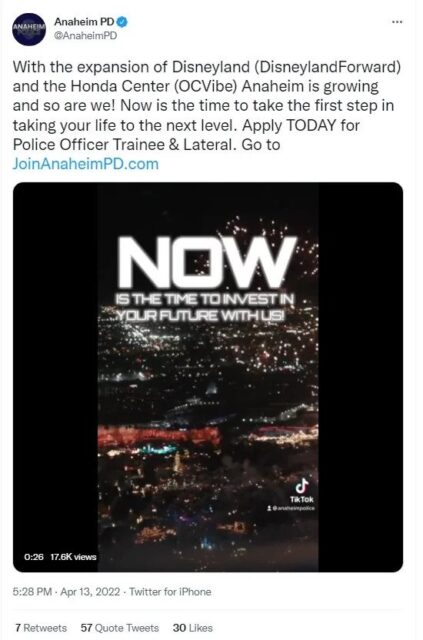 DisneylandForward was talked about in the above mentioned press release so it seems (for now) that the expansion will be happening. And there’s a decent chance that the expansion gets officially announced by Disney at the D23 Expo happening this fall. The expo has always been a stage for Disney to announce upcoming products, TV, Movie and theme park expansions.

Some of the DisneylandForward plans may include the addition of interactive attractions and possibly lands that are currently being built in Tokyo like “Peter Pan”, “Frozen” and “Zootopia.” The presentation also included mention of other attractions like TRON Lightcycles which is currently open at Shanghai Disneyland and being built at Magic Kingdom in Orlando, FL.

So where would Disney put it all? They have mentioned in the past that they are not looking to acquire new land but to utilize what they already have. So there’s a decent chance that one or more of their parking lots gets converted into more theme park space. There’s possible expansion area into the old Downtown Disney parking area as well as the Toy Story Lot located a block away. Or they could convert the new DTD parking area next to Paradise Pier Hotel. 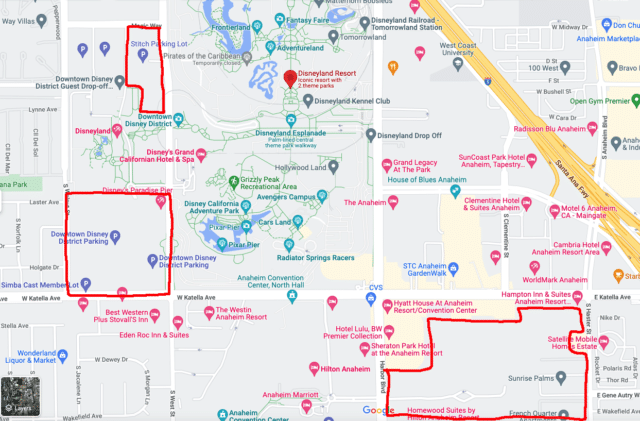 Until we hear it officially from Disney though, thanks Anaheim PD for the chatter!