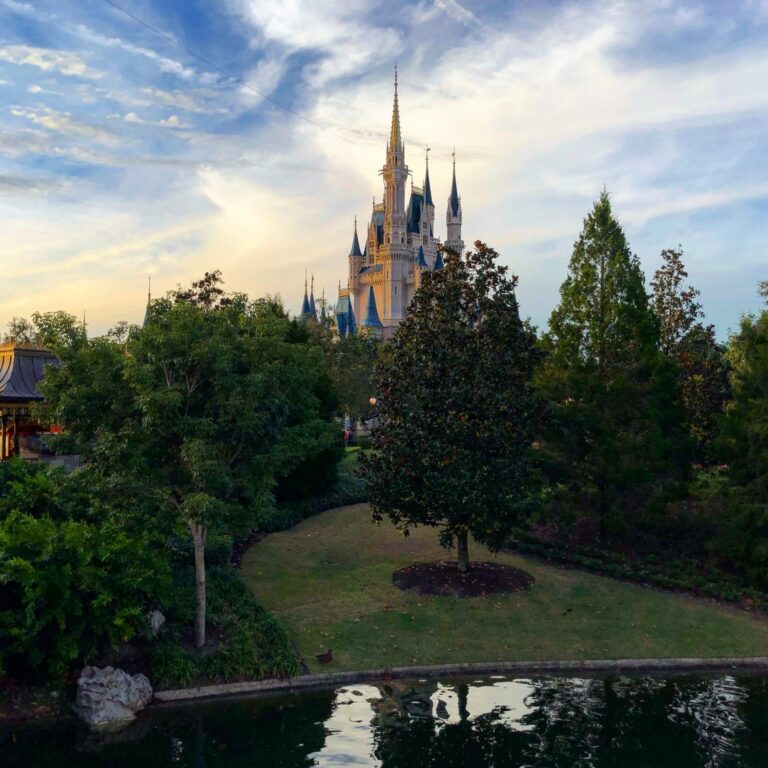 If you’re looking for theme park tickets at a discount for Walt Disney World you can purchase them here or by clicking the button above.

While Disney in Florida is a very popular destination, it certainly didn’t happen overnight. Unlike its sister resort in Anaheim California, Walt and his company came to Florida in a very secretive fashion to purchase up the land they desired. It was called the Florida project and was done in complete secrecy to avoid the issues they ran into with Disneyland: Land.

In 1954 when Walt was building Disneyland we didn’t have enough money to buy up as much land as he wanted so he had to settle. Because of this, other companies came in and purchased the land which forced Walt to have to deal with outside hotels and unwanted competition. So when it came time to building Disney in Florida, it was all done secretly using random business names to purchase the land.

In the end the plan worked successfully and Disney was able to purchase over 25,000 acres of land; more than enough to do whatever they’d like with no outside distractions.

After the Magic Kingdom opened in 1971, EPCOT, Walt’s personal dream city, opened in 1982 and became the 2nd theme park for Walt Disney World. While EPCOT was supposed to be an actual working city where people worked and lived, that dream did not become a reality as Walt had wanted. Instead, EPCOT become a combination of a future world display and a showcase of countries from around the world. Every year several festivals are held at EPCOT including the International Food and Wine Festival which showcases over 30 countries culinary foods. With EPCOT opened, Disney in Florida became their biggest theme park.

After EPCOT opened Disney added its third theme park aimed at the production of movie and television. The theme park, originally known as Disney – MGM Studios opened its gates in 1989 and had two original attractions including The Great Movie Ride and Studio Backlot Tour. Today the theme park iis moving away from its Hollywood roots and going for a typical theme park including new lands such as Toy Story Land and Star Wars: Galaxy’s Edge. Both original opening day rides are now closed and the name of the park was changed to Disney’s Hollywood Studios.

With 3 theme parks opened, Walt Disney World was growing quickly; but it wasn’t done yet. In 1992 Disney’s Animal Kingdom theme park opened and is the largest theme park acreage wise in the world. It’s theme was animals and is centered around conservation and learning about animals around the world. One of its most popular attractions is a safari ride that takes guests around the reserve to see actual real-life animals that live there.

In 2017 Pandora – The World of Avatar opened at Animal Kingdom and is the biggest expansion to the park since its opening. Disney collaborated with James Cameron to make the world of Avatar come to life. It’s main attraction, Flight of Passage has become a guests favorite, offering a very unique experience of flying the back of a Banshee.

Today Disney in Florida is the world’s biggest resort and has so much to offer. Guests can visit 100 times over and never experience it all. Guests who are looking for help to plan a Walt Disney World vacation should use our planning guide. Not only will it share information about the resort but ways to save on your tickets and hotels as well. Plus get insider tips on each of the theme parks.