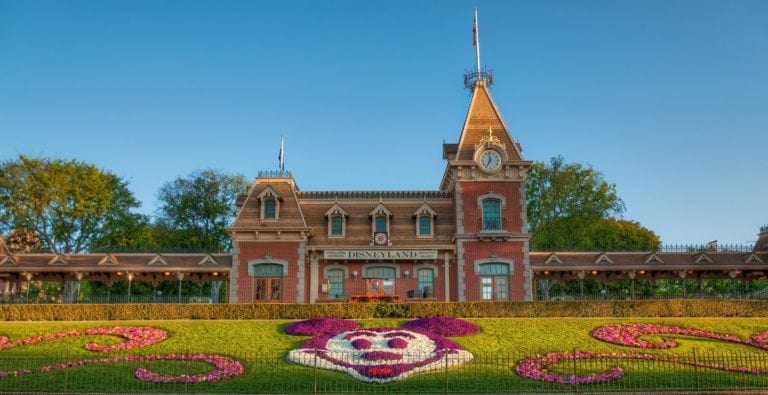 Disneyland has announced they they will not be reopening on their previously announced July 17 date.

The reopening, which was pending government approval, has not been approved at this point. The state told Disney that they would not make a decision until after July 4th.

With Disney needing time to bring Cast Members back and get the parks ready, they have stated that that would not allow them enough time to reopen. 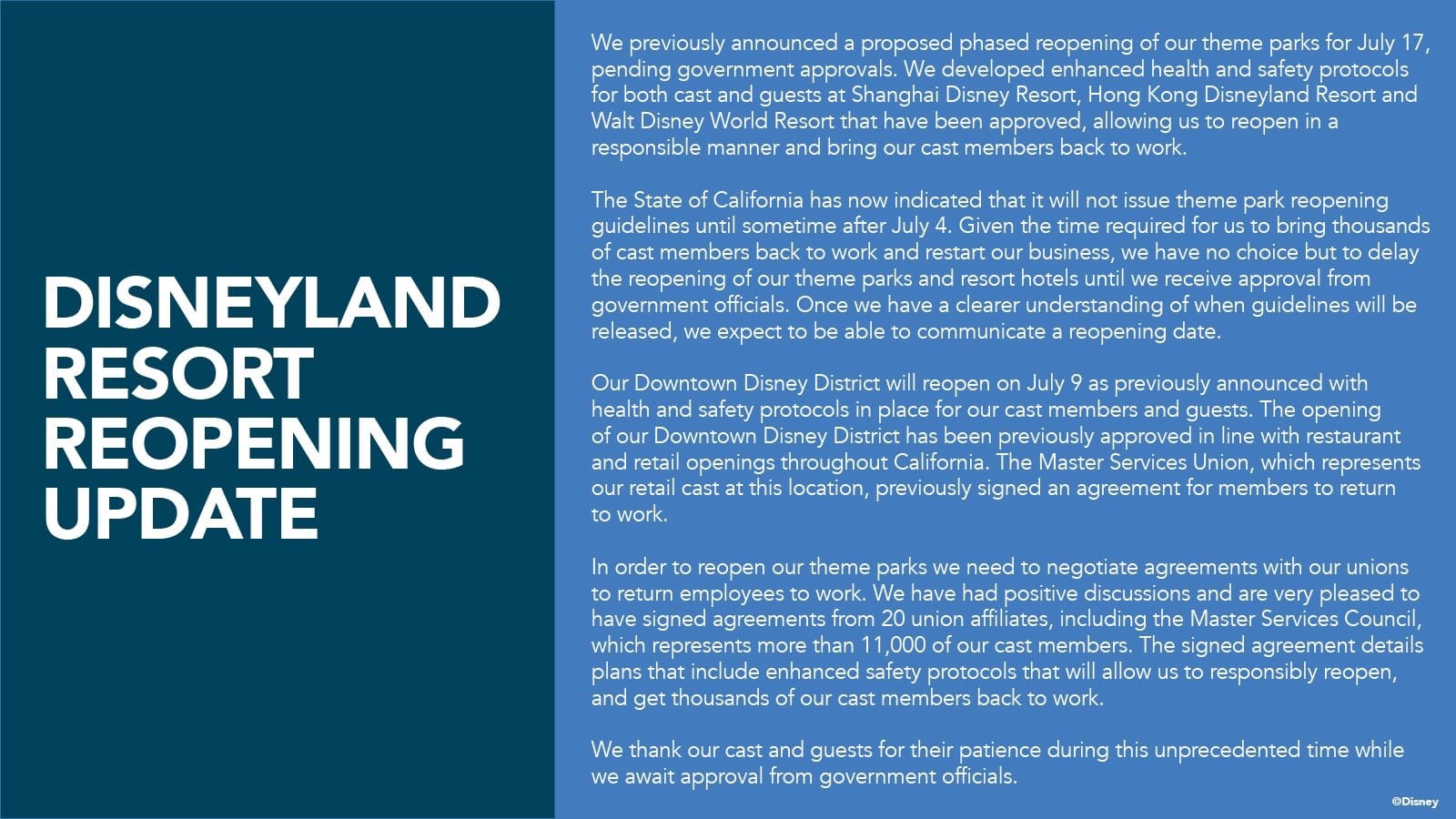 They released no information as to a later reopening date or state approval for their plans.

Cast Members have been petitioning the state and Disney to remain closed until the number of COVID cases decrease. They’ve also requested better safety protocols to be in place before they return to work.

Many of the unions that represent Cast Members have been negotiating with Disney to ensure their demands are met.

More on this story as it develops.