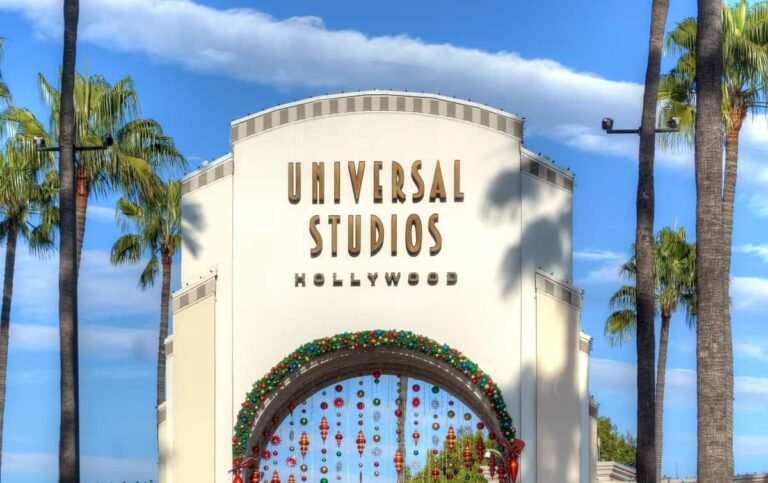 How Far is Universal Studios from Disneyland?

If you’re touring California for Disneyland, consider adding Universal Studios to your bucket list. Although these theme parks are considerably smaller than parks around here, they’re worth the adventure. You’ll quickly get over the small size of the parks if you’re a Disney and Universal Studio fan.

Disneyland is packed with numerous rides inside the park, while Universal Studios has some real Hollywood studios for filming movies. The latter is also conveniently placed within the rolling hills of Hollywood. The incredibly beautiful landscape makes for a gorgeous backdrop of the theme park.

The question that you might be asking yourself is how far the two places are from each other. There’s a 35-mile difference between Disneyland and Universal Studios, which is about an hour and a half drive. Considering the traffic in Los Angeles, the trip could take up to two hours.

How to Get to Universal Studios from Disneyland

With the two theme parks being so popular, you might expect that they provide a shuttle transfer between them. Unfortunately, they don’t since they’re in direct competition with each other. However, there are several ways to get from one point to another.

You’ll come across various tour companies offering shuttle services from Disneyland to Universal Studios. Using a tour bus has its share of advantages as well as disadvantages. The biggest perk with the shuttles is that most of them provide pick up services near the hotels around Disneyland.

This can mainly be at your convenience as you don’t have to spend extra on taxis. Secondly, tour shuttles save you the pain of navigating through the traffic in Los Angeles. A self-drive tour through California may leave you frustrated and tired from all the traffic issues.

Additionally, traveling in tour shuttles gives you more insights into the city of Los Angeles. If you’re lucky enough to have a tour guide, you’ll hear lots of fun facts and history about the place.

On their downside, the shuttle services may sometimes not be flexible. They may not match your schedule and being late for the bus arrival or departure will leave you stranded. Besides, they won’t provide ample time for you to tour the entire theme park.

Also known as L.A. Metro, the public bus happens to be the cheapest means to travel from Disneyland to Universal Studios. The price of the bus is also a lot more reasonable compared to other means of travel. Depending on where you’re staying, you can catch the 460 bus near Disneyland.

On its downside, the public bus will take longer to get you to your destination. The drive is almost three hours long and navigating the transfers might get frustrating.

Renting a car is an exciting way to explore Los Angeles without the restrictions attached to a bus or shuttle. It’s also considerably more convenient as you have the upper hand on how you spend your time. You can arrive at the theme park as early as you want and leave as late as circumstances allow you.

With some car rental services, you can keep the car until the next morning. This lets you experience the nightlife in the city without worrying about how you’ll get back to the hotel.

Taking a taxi is the quickest way to get from Disneyland to Universal Studios. It’ll take you approximately 46 minutes to get there.

Unfortunately, it’s also the most expensive way to travel. If you have some extra cash to burn, this should not be a problem, with a round trip costing just a little over $100.

There are several taxi companies to consider. However, their charges and service quality differ from one to the other.

Best Day to Travel from Disneyland to Universal Studios

There’s no best day to travel to Universal Studios as it all depends on what’s important to you in there. Weekdays are ideal as they tend to have the lowest crowds, but unfortunately, the roads are busier. There’s the rush hour traffic that you’d want to avoid.

The opening time for the park is around 10 am on weekdays. If you drive or take a taxi, leaving your hotel room around 9 am will get you there in good time. In the evening, it’s best to leave before 3 pm, but if you want to catch as much fun as possible, you can until closing, around 7 pm.

For much longer hours, visit the park during the weekend. Traffic will be smoother, but the crowds will probably be larger than you want to encounter.

Tips for Maximizing Your Visit

Whichever mode of transport you choose, you want to maximize your time at Universal Studios. A few tips include eating your breakfast before you get there. This will leave you with ample time to enjoy the rides, shows, and all other entertainment.

Remember to buy your tickets in advance, bring your own water, and check-in early. You also want to schedule your day according to the shows happening that day.

You may want to avoid the theme parks in the busier days of May. These are the days before and after Memorial Day. Early May usually doesn’t have large crowds, even on the weekends.

After a busy and fun day at Universal Studios, be cautious about walking alone at night around Disney. You’ll be better off walking in the company of other people.

If you’re a movie lover, you don’t want to end your trip to Disneyland without visiting Universal Studios in Hollywood. The park is quite some distance from Disneyland, being about a 3-hour drive on the cheapest mode of transport.

Plan you visit well if you want to maximize your visit there. Knowing how to get there and when will save you a lot of frustration. Check the other details like the places to stay and book your tickets in good time to avoid the last-minute rush.