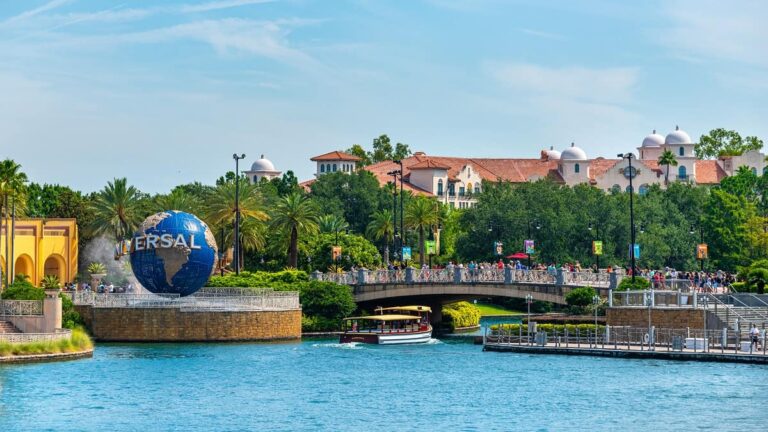 Universal Orlando vs Disney World: Which One To Choose?

Orlando, Florida, is home to two of the most popular theme parks in the world and attracts thousands of tourists from around the globe and all over America all year round. Growing from a humble community of farmers in the 1920s to a burgeoning metropolitan now crowded with people, took ingenuity and intentional creation.

It was chosen as the perfect location by Walt Disney himself. Driven by Walt’s brother, Roy Disney, the birth of Disney World Resort came about only three months before his passing.

Historically, Walt Disney World Resort was the first to be erected, and only later did Universal Studios add to the culture by the creation of their own theme parks and resort. The clearest difference that can be seen by this wide time gap is the relative size variations between the two resorts.

Of the two, Disney World Resort is arguably the largest and most expanded. Of course, built on the legacy of a legend, it is obvious why the Disney resort should be the biggest. True, Universal is the one that grows at a far greater pace, but the ancient atmosphere at Disney World is still far more overwhelming than that of the glitz and glamour of Universal.

When choosing which to visit on your vacation to Orlando, it will be a most difficult choice, especially with time limits pressing. Arguing which is the better choice will come down to nothing more than personal opinions. We may not be able to win the argument with this discussion, but viewing it from technical points may help you choose which theme park would best suit your schedule.

Time and Size Is Relative

When choosing the perfect destination to spend your vacation, keep in mind the amount of time that is available and how many activities have to be fit into this space of time. As much as we want to answer to the demands of every family member or entourage, we can only compromise so much.

Mom wants to go shopping, having noticed a sale on at a local boutique, but wasting time waiting for her to try on every shoe she finds will interfere with how much time can be spent on the rides.

The key difference of size between these two theme parks can make a huge difference in how well we keep to a schedule.

Disney World is the biggest of the two resorts, and only so because the distances between activities and rides are far greater than that compared to Universal. It is as if Universal attempted to pack the same amount of fun into less space.

The less time that is spent getting from one activity to the next, the more time can be spent on other considerations. Of course, to compensate for this factor, both resorts make provisions for transport. Here though, it should be considered which transport option will be most convenient and will accommodate the size of the family.

To make the best of your trip and deciding between which one to choose, keep this factor in close compute. It will make a great difference in how much fun is drawn from each activity. Comparatively, it is suggested that it is nearly impossible to see all of Disney World in a single vacation, which may well be true.

On the other hand, it could be plausible to visit and see all that Universal has to offer on a four-day trip. In most cases, if deciding to visit Disney World, it is advised to make a clear and calculated list of all the things that need to be visited and experienced, and try as best as possible to stick to this schedule to get the most out of your vacation.

You Decide, That Personal Factor

When it really comes to choosing between Universal or Disney, the only real consideration that has to be made is a personal choice. Are you a fanatic of Mickey and Minnie and the Magic Kingdom, or would you rather prefer to visit Hogwarts School of Witchcraft and Wizardry? The atmosphere at Disney is considered more nostalgic when compared to the buzzing excitement at Universal.

Of course, for the little princesses, Disney’s famous castle and Magic Kingdom would be the favorite, whereas the action-packed themes of the many Universal heroes would be more appealing to boys of all ages. Choosing here what would best suit the family is merely a personal choice. We can’t help much here, but if driven to it, consider splitting up to keep the peace.

When planning your vacation, it is important to check the relative price changes for visiting in or out of season. This will also have an impact on the number of visitors. These factors can make a huge difference. If too many people visit at a single point in time, it could lead to a shortage of availability.

The rides and parks can only accommodate an x-amount of passengers, and restaurants only have so many tables. The best time to visit Disney World Resort is considered to be January or September. Not only are the prices better, but the weather would also be more suitable.

The best season to visit Universal is in January to February, or during early times of December. During these times at Universal, on-going special events are the main attractions, and you should definitely expect greater crowds. You can choose to visit out of season, but keep in mind that both the weather and the pricing would be unfriendly.

In general, we cannot decide which one is best suited for you or your family, but keep in mind these considerations we have mentioned. They are only technical points, but valid arguments that may make a huge difference to the experience your family would draw from the vacation.

After all, the whole point of the vacation is to take time off from the usual commotion of everyday life and problems. The correct management of time and money will be the key factors that will make your getaway a success, and remember, quite often, compromise is the best solution. Most of all, just have fun, and if you missed something, you then have an excuse to plan a second return trip.