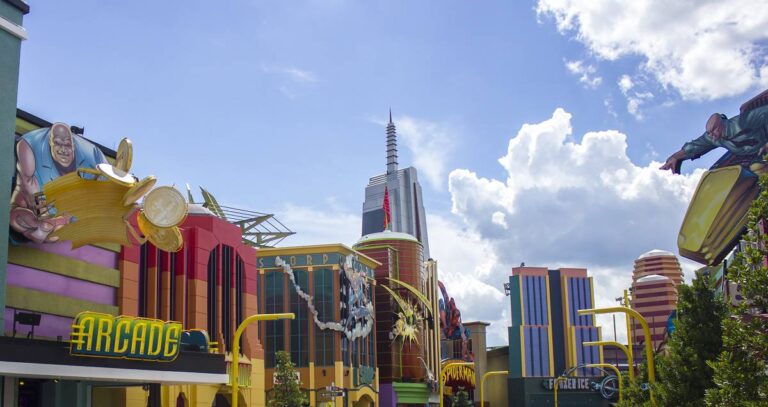 To go to Disney World is a treat for any child and adult out there, and many visit quite regularly to have fun. That is exactly why you are willing to drive all the way to Disney World Orlando with your whole family in tow.

However, the only time you can go to Disney World is when you are off from work or the kids have school holidays, and that is the problem. That is the same time everybody else has off from school, and they all flock to Disney World.

By the time you get there, waiting is part of the ritual to get onto a ride or to enjoy anything. You may even arrive and find some of the rides are closed for renovation and maintenance and you can not get on them.

We will show you when the best times to visit Disney World Orlando are. You can have even more fun than the normal busy times, depending on whether you want it to be less crowded or if you want to be there when the best things happen.

Keep in mind that, during quieter times, the working and show hours are shortened. Even worse, some of the shows that take place during busier times will not even open at all.

This is a great time to visit Disney World, just after kids have returned to school, as there will be much smaller crowds. You should keep in mind that parents will plan their holidays and special trips around the school calendar.

In September, most of the money for these types of trips has already been spent, and many can not afford to go. Thus, most people with children will stay at home this time of the year or use the money for school-related things.

It is safe to assume that there are much fewer people at Disney World at this time of year. The major drawback here is that this is the rainy season in Orlando, and more rain is expected in the afternoons.

This is the least crowded time of the year at Disney World, and you will not have to wait too long in the lines. This time of year, some of the very important features of the park are not up and running, so you may miss out on them.

Tickets and accommodations are much cheaper during slower times, and gate opening times are also quite shorter than during the busy times. Most weekdays in October and November are also much quieter, with smaller crowds visiting the park during the week.

You should also keep in mind that locals will visit the park on weekends, and then it will be quite busy and crowded. If you come from far away, you should book your accommodations between Monday and Thursday for a lower price.

January is also the only month left that is considered out of season when it comes to Disney World Orlando. That is when prices come down quite a bit, and the weather is mild and easy, with the highest temperatures in the 70s.

This is also the time that both water parks are closed for the winter following New Year’s Day. During the New Year’s festival, there will be fireworks everywhere in Disney World, except in the Animal Kingdom theme park.

The Peak Season At Disney World

Summer vacations and Thanksgiving are the times you want to be at Disney World, because that is when the most events take place. There is also spring break, as well as Christmas time when Disney has quite a few special events planned for visitors.

When You Want To Be There

These are the times you want to be at Disney World to enjoy good times with your family, but these are also the most crowded times. This is when special events take place, like plays that are showing during festival seasons and key shows that may show more often.

Look here for the times when these special events and tours will take place to get your special trips planned properly.

Most holiday festivals will find a lot of people on the Disney World grounds. During the school holidays, there will be far more people at Disney World, but that is also the time special events take place.

Even if the place is packed with people, you still want to be at Disney World during these special occasions. This way, you know you will not miss out on all the special events and shows that are taking place during these times.

President’s Day week will attract crowds to Disney World because schools are closed at that time. Valentine’s Day is also during this month, and it attracts a lot of people to the park.

Attendance is quite heavy in this month, with Easter, Bike Week, and spring break all happening in March.

There are quite a lot of people at Disney World because of the hotter weather. Plus, spring break may still be going on. There is also the Star Wars half-marathon that takes place during this month, among other things.

In May, the crowds are moderate, with very little special holidays and events going on.

This is the month when the high summer season is in full swing, and the prices are soaring again. There are many summer night events taking place during the second half of June.

This is the busiest month at Disney World, with many events going on and all shows taking place.

You can expect a lot of people at Disney World during this month, which is the hottest. There are many popular festivals going on at this time of year.

It all depends on whether you want to be at Disney World when there are fewer people and shorter lines to get on a ride. Alternatively, do you want to be there when all the fun things are taking place, even if there are huge crowds? Whatever you choose, we hope this guide will help you figure out the best time for your family.