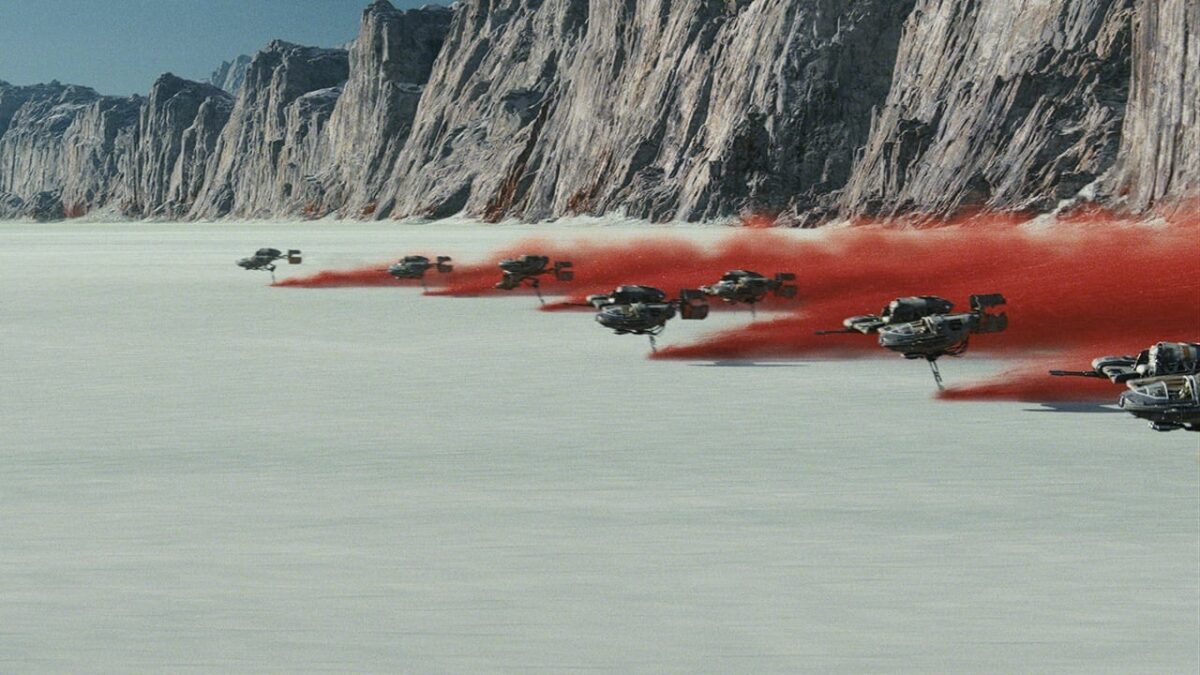 With the start of Star Tours: The Adventures Continue and the possibility of over 40 different sequences for riders to experience, Disney is increasing that by several this fall with a new addition. The new scene being added is based on the new Star Wars film The Last Jedi. It will take Star Tours passengers to the planet Crait where they will be immersed in an ongoing battle.

The new scene will make its debut at Disneyland Park and Hollywood Studios on November 17th, 2017.

As to image © Disney