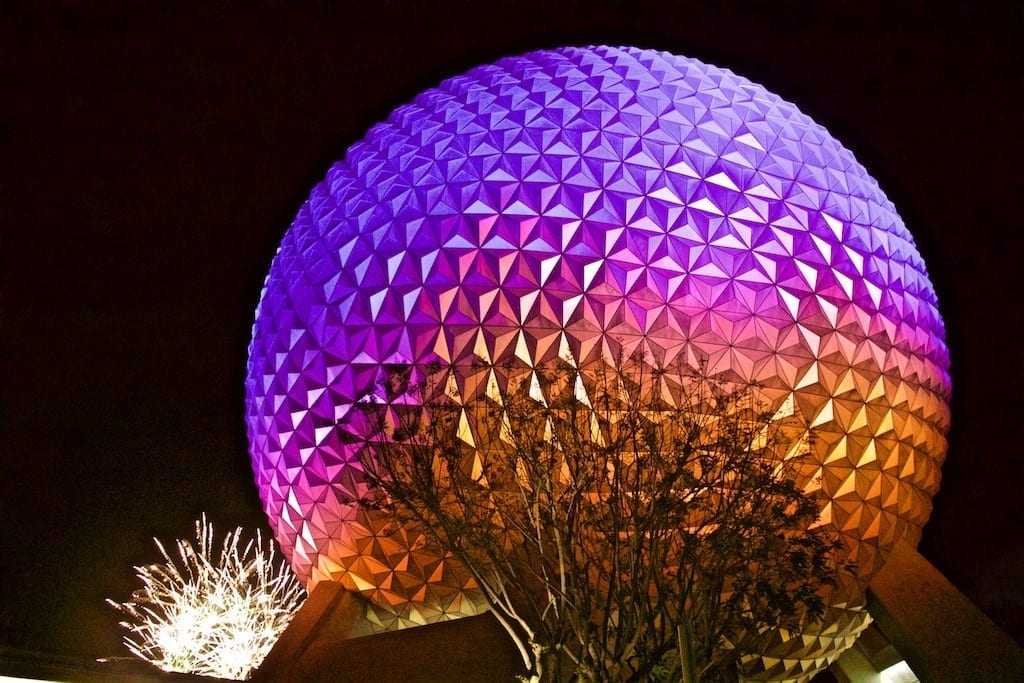 EPCOT’s geodesic ball, home to Spaceship Earth, is one of the most unique designs ever done at a Disney theme park. Originally a design of Buckminster Fuller, Disney Imagineering teams took it one step further to make it a reality and house an actual attraction inside. It’s made up for 4 levels, the very top being held up by the 6 legs on the outside of the ball and the other three hanging from that level. It was also designed to help guests know where they’re at in the park, acting at as a landmark for the front of EPCOT.

Because of its unique shape and side, the corridors used by Cast Members to get around the inside can be tricky to use. While trying to stay hidden from guests, Cast Members have been known to mark the walls with chalk or pencil to help them find their way around the ball and not get lost.