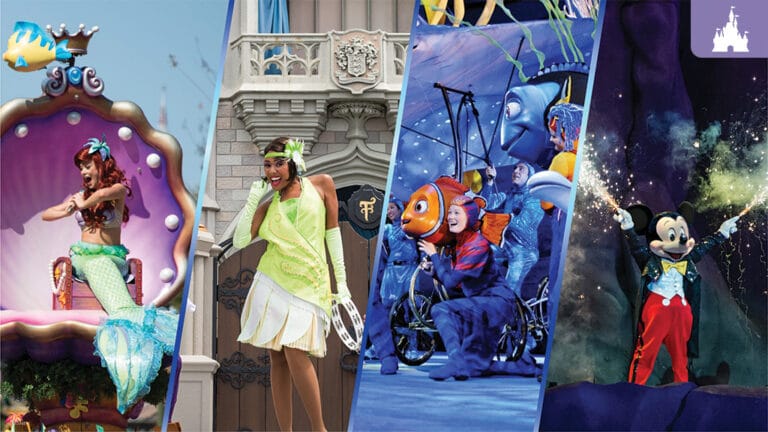 Just announced as part of the Destination D23 event, several major live entertainment experiences will be returning to Walt Disney World Resort during The World’s Most Magical Celebration, and some of them are coming back with new additions and enhancements! 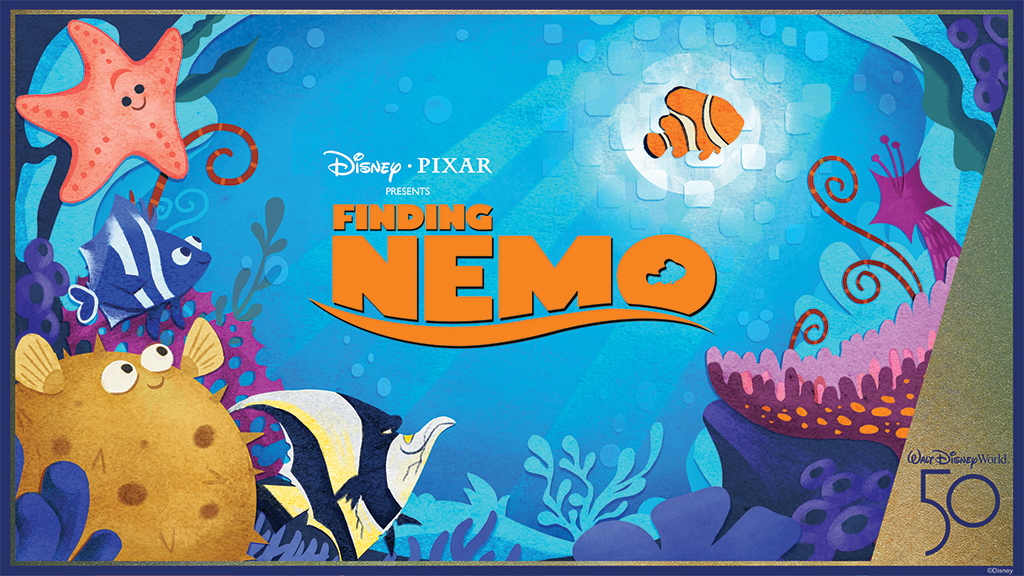 A couple months ago, we revealed that next year we’ll be bringing a reimagined version of “Finding Nemo: The Musical” to Theater in the Wild at Disney’s Animal Kingdom Theme Park. Today, we’re thrilled to share some additional details about this newly updated show, which we’re calling “Finding Nemo: The Big Blue… and Beyond!” Our new show is set in the timeline of the movie “Finding Dory.” When Guests take a seat in the theater, they’ll find themselves at the Marine Life Institute.

As the show begins, we catch up with the fish from Dr. P. Sherman’s office in “Finding Nemo,” who have made their way across the ocean to California. They tell the story of Nemo and how they all got there, incorporating many of the beloved songs and production numbers from the original show. The team is hard at work getting “Finding Nemo: The Big Blue… and Beyond!” ready to open in 2022, and we look forward to sharing more soon.

As Josh D’Amaro, Chairman, Disney Parks, Experiences and Products, announced earlier today, “Fantasmic!” will also be returning to Disney’s Hollywood Studios in 2022. When this incredible spectacular reopens next year, it will incorporate an all-new sequence featuring live performers, stunts, special effects and more!

We also recently announced the return of the DISNEY ON BROADWAY Concert Series, along with the 2022 EPCOT International Festival of the Arts, taking place Jan. 14 – Feb. 21. Today, we revealed the fantastic lineup of talented artists who will be performing during the Festival. 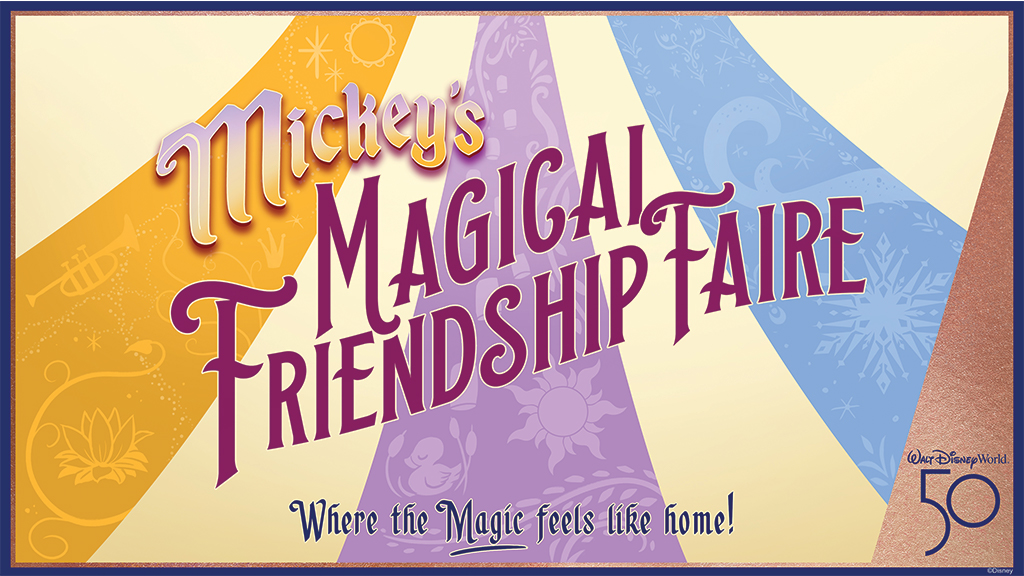 At Magic Kingdom Park, we’re bringing live entertainment back to the Cinderella Castle Forecourt Stage early next year, with a show newly enhanced for the 50th Anniversary celebration. “Mickey’s Magical Friendship Faire” will incorporate favorite scenes from the previous version of the show – with sequences inspired by “Frozen,” “Tangled,” and “The Princess and the Frog” – plus a new opening and a new finale with Mickey Mouse and all his friends in their sparkling, EARidescent fashions. The show will also include an all-new, original song entitled “Where the Magic Feels Like Home.” “Mickey’s Magical Friendship Faire” will be a wonderful addition to our live entertainment lineup for the 50th Anniversary celebration. 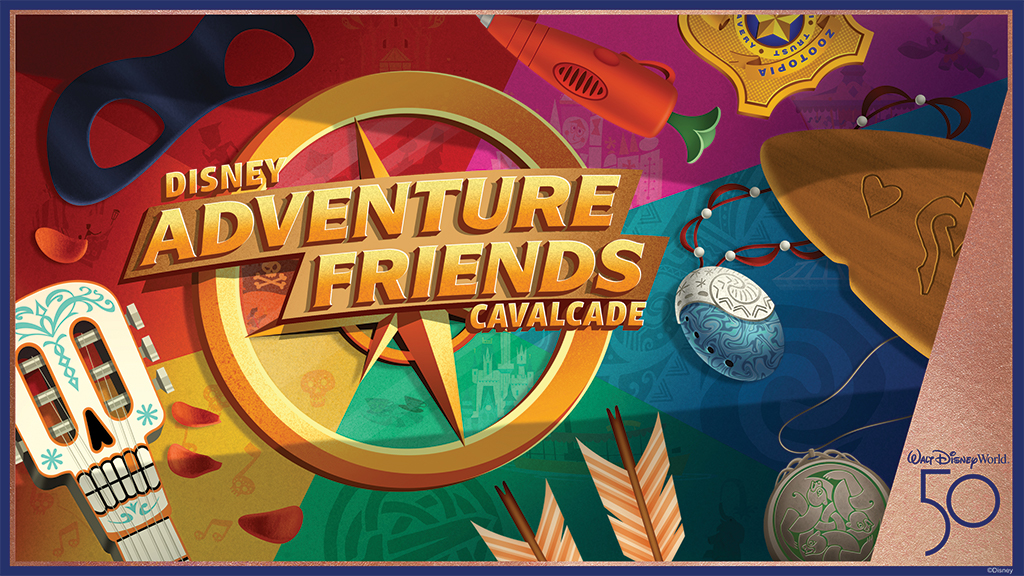 Since we reopened our parks last year, we’ve been presenting favorite Disney characters in new ways, such as the cavalcades that travel the parade route at Magic Kingdom Park. These cavalcades have been very popular and will continue to be part of the park entertainment experience into the future. Mickey’s Celebration Cavalcade debuted Oct. 1 as part of the 50th anniversary, and later this winter, we’ll introduce a new cavalcade, the Disney Adventure Friends Cavalcade, with an exciting lineup of characters all embarking on a great journey through the park.

The Disney Adventure Friends Cavalcade will feature the most characters of any cavalcade to date, including Nick and Judy from “Zootopia,” Baloo and King Louie from “The Jungle Book,” José Carioca and Panchito from “The Three Caballeros,” Miguel from “Coco,” plus Merida, Moana, The Incredibles, and so many more!

And in early 2022, these cavalcades will be joined by the return of the Disney “Festival of Fantasy” Parade. This vibrant and joyous celebration of Fantasyland brings to the streets of Magic Kingdom Park dozens of beloved Disney characters and stories, from the Disney Princess Garden to a carnival of color presided over by none other than Mickey Mouse and Minnie Mouse.

All of this (and more!) is on the way, adding to new experiences that debuted with the launch of the Walt Disney World 50th Anniversary celebration, including “Disney KiteTails,” “Harmonious,” and “Disney Enchantment,” as well as other returning favorites like “Indiana Jones Epic Stunt Spectacular.”