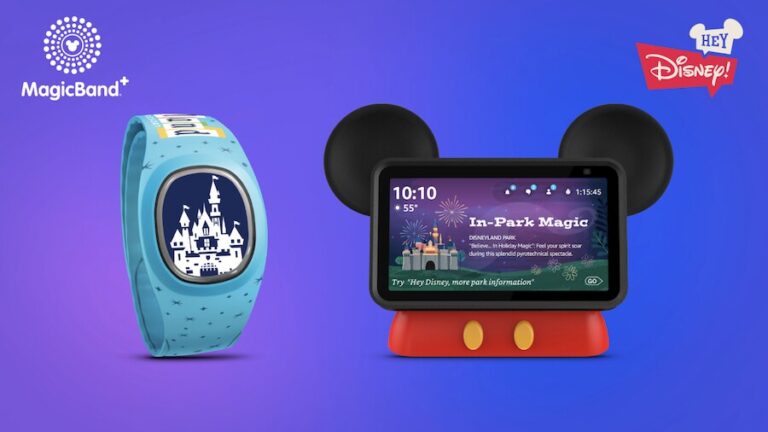 If was announced today at the Destination D23 Expo that MagicBands would be making their debut at the Disneyland Resort Starting in 2022.

MagicBands, which have been a staple at the Walt Disney world Resort for over 5 years, have never been used at Disneyland. Up to this point, guests have used physical card tickets or their phones to access theme park entrances and attractions.

Now, with MagicBands coming to Disneyland in 2022, guests will be able to use these wearable accessories to access the parks, attractions, rooms and more. For now the bands will be separate for each resort and nothing has been said about a hybrid band that can be used at Disneyland and Walt Disney World.

The next-generation MagicBand+ wearable technology, recently announced for Walt Disney World Resort, will be coming to Disneyland Resort in 2022!

More exciting news has been announced at the D23 Expo! Be sure to see our official guide for everything new coming to the Disney Parks.