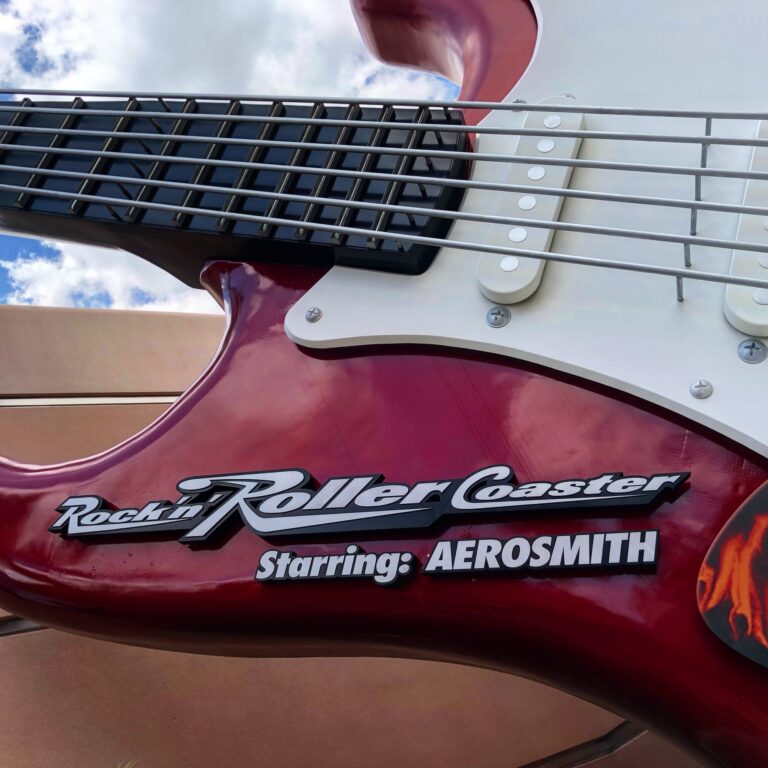 This is an exciting review to write for me because Rock ‘n’ Roller Coaster is my favorite attraction (tied with Flight of Passage). My first experience with is wasn’t until 2009 surprisingly because I wasn’t a fan of coasters until just before then. When I did finally start to ride them, I wondered how good could an indoor roller coaster be compared to an outdoor that has so much more room? 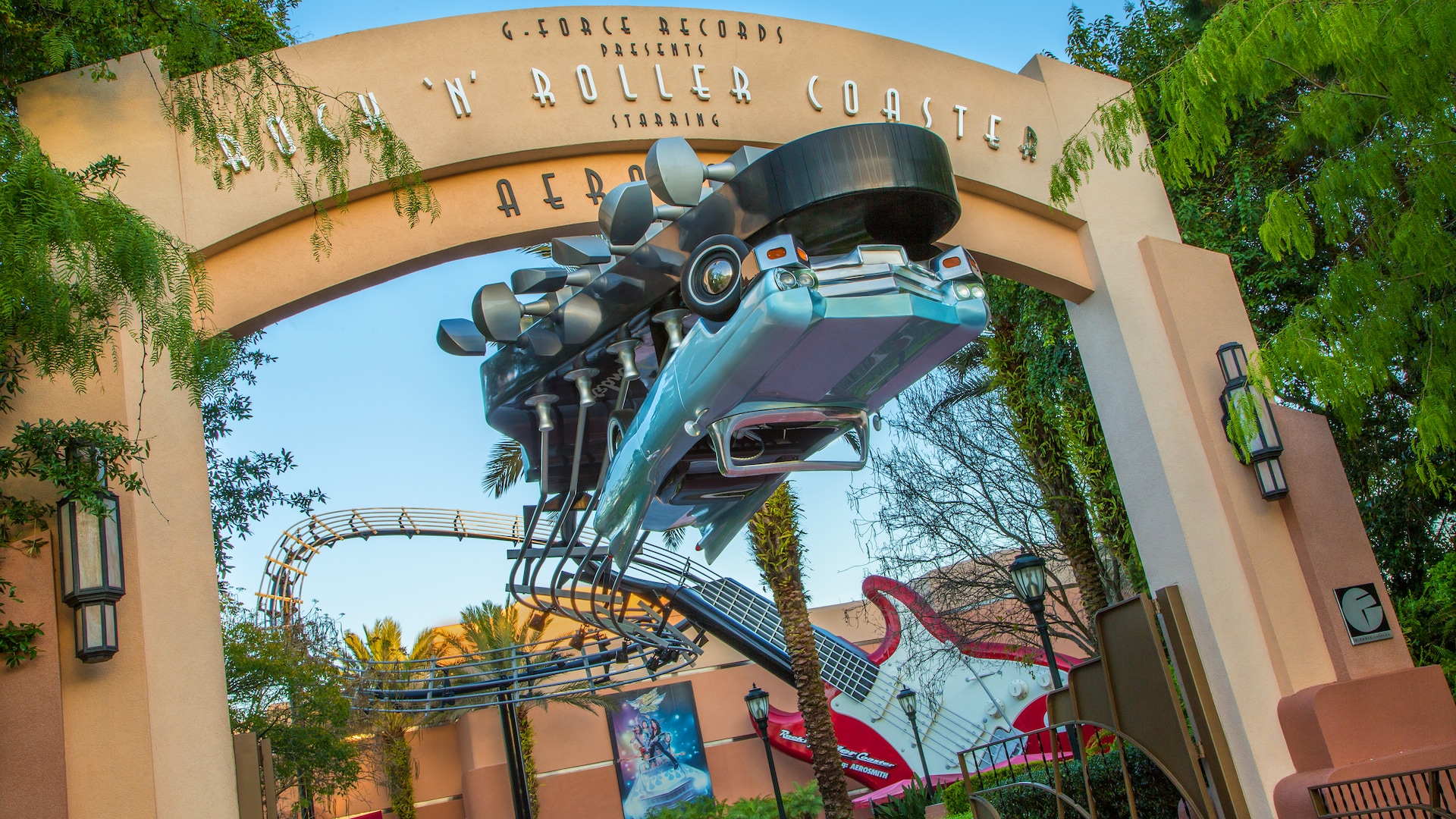 Needless to say, Rock ‘n’ Roller Coaster blew me away! It’s one of the best attractions offering top notch thrill and excitement, especially in the first 10 seconds of the ride. Your stomach will be all over the place and you won’t be able to help but smile and scream the whole time.

Because the Disney theme parks don’t carry too many major roller coasters, Rock ‘n’ Roller coaster has become a staple and an icon for the parks. Guests can enjoy a really great ride combined with the theming only Disney can do.

Of course Aerosmith has a lot to do with it. When the attraction was being built Disney reached out to several bands including the Rolling Stones but ultimately decided on Aerosmith because everyone else wanted too much money. After signing, official name of the attraction became Rock ‘n’ Roller Coaster Starring Aerosmith.

To be honest, I can’t of a better band to have gone with considering all their classic songs. They fit so well with the coaster itself plus their acting skills were probably better than most bands could have pulled off (though they still lack when you watch the show).

Because this attraction has remained wildly popular it typically holds a 60-70 minute wait time on any given day and over 100 on busy days. Here’s what you can expect from this attraction: 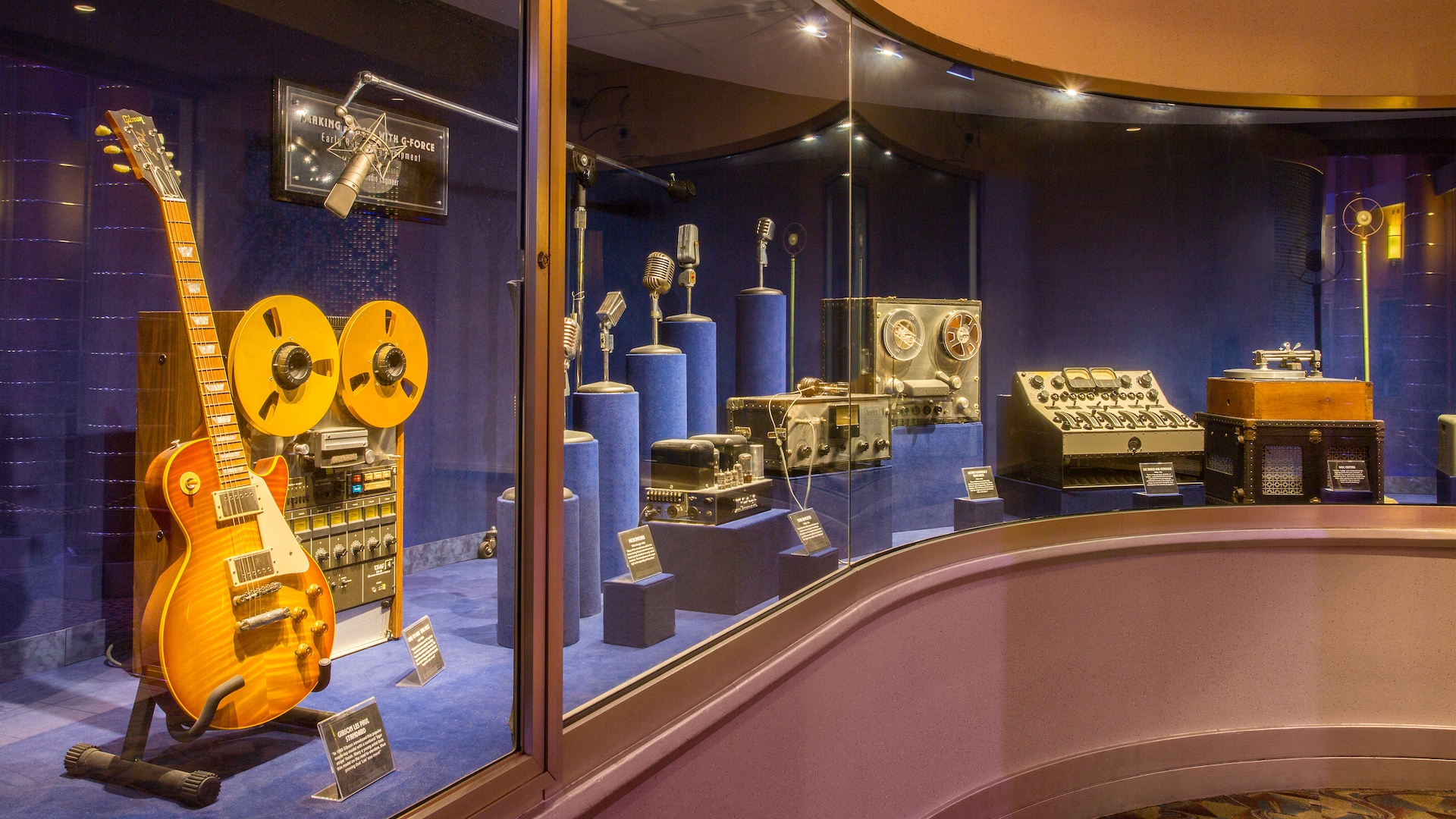 There are 3 line types, Standby line which is the regular line that everyone gets into if they don’t have a FastPass+ reservation. I actually can’t describe this line very well because I personally have never waited in it. That sounds strange but I’ve always gotten into one of the other two lines which are FastPass+ and Single Rider.

Inside you’ll see some really cool electronic posters that change advertisements every minute or so. Be sure to watch them closely as you may see your name and hometown pop up on one of them. Through the next set of doors is where you’ll scan your MagicBand for FastPass+ (a second time so don’t even think about jumping the line). 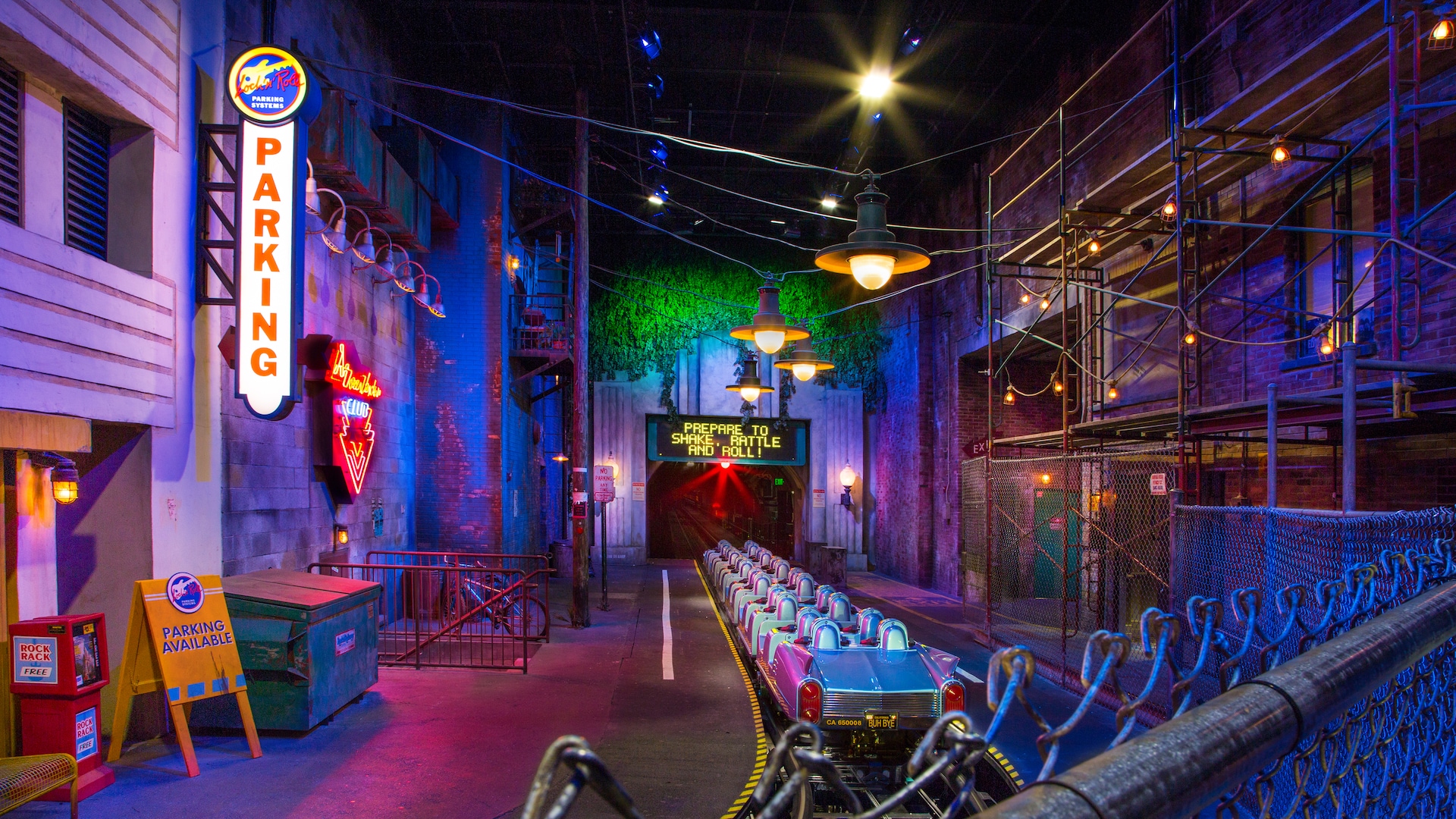 After FastPass+ guests are filter into a hallway outside the studio guests from Standby are added and then Single Riders are filtered up a ramp. Once the studio doors open everyone filters into it, FastPass+ and Standby on the ground and Single Rider onto of a ramp. It’s here that you’ll watch Aerosmith decide to bring you all along to their next concert as VIP guests.

In order to make it to the show on time though they have to cramp you all into a super stretch limo. This is what sets up the ride as the attraction vehicles are the super stretch limo and you take some back street alleys to get to the concert, super fast.

Once you exit the studio room you’ll head into the back alley where you’ll await your limo. The theming of this area is actually really cool. Be sure to look around at all the signage and details. You’re going to be filtered between chain-linked fences which keeps the FastPass+ and Standby guests separate from the Single Riders. Eventually you’re going to be loaded 2 by 2 into rows, #1 being the front and #20 something being the back. I personally like somewhere in the middle. If you have an odd number of guests in your party someone will be put with a single rider which is not a big deal. You’re only going to be with them for a couple of minutes.

Once seated into the ride vehicle you’ll need to pull down your safety harness. Cast Members will walk by and make sure it’s locked and secure. Then your vehicle will take off around a corner and stop just outside a tunnel. Start getting excited!

A screen on the wall will count you down from 5 and when it reaches 0, you’ll be 0-60 MPH in under 5 seconds, doing a loop into a corkscrew and then finally settling down onto the track to catch your breath..only for a moment though. Street signs with quick turns, ups and downs and another corkscrew are up ahead all while you’re jamming out to some of Aerosmith’s greatest tunes including “Sweet Emotion.”

When you’re finished you’ll be able to see your photos and of course shop in the store afterwards. Be prepared to want to go again and again. It’s really an addicting attraction!