There’s so much to see and do at the Walt Disney World Resort that planning a vacation can be a bit stressful. Not in a bad way though. What you really stress about is wanting to get everything done in the limited amount of time you have there. It would be nice if we could take a 2-3 week vacation to Walt Disney World and take it all in. That gets very expensive though and most of the time we can only take about a week off of school and work.

So how can you save time and really focus the things you want to do? One way is picking and choosing ahead of time the attractions that you’d like to experience. We know that many vacationers out there just show up to the parks and look at attractions not knowing what to expect and may walk away wondering why they spent an hour of their day doing it. 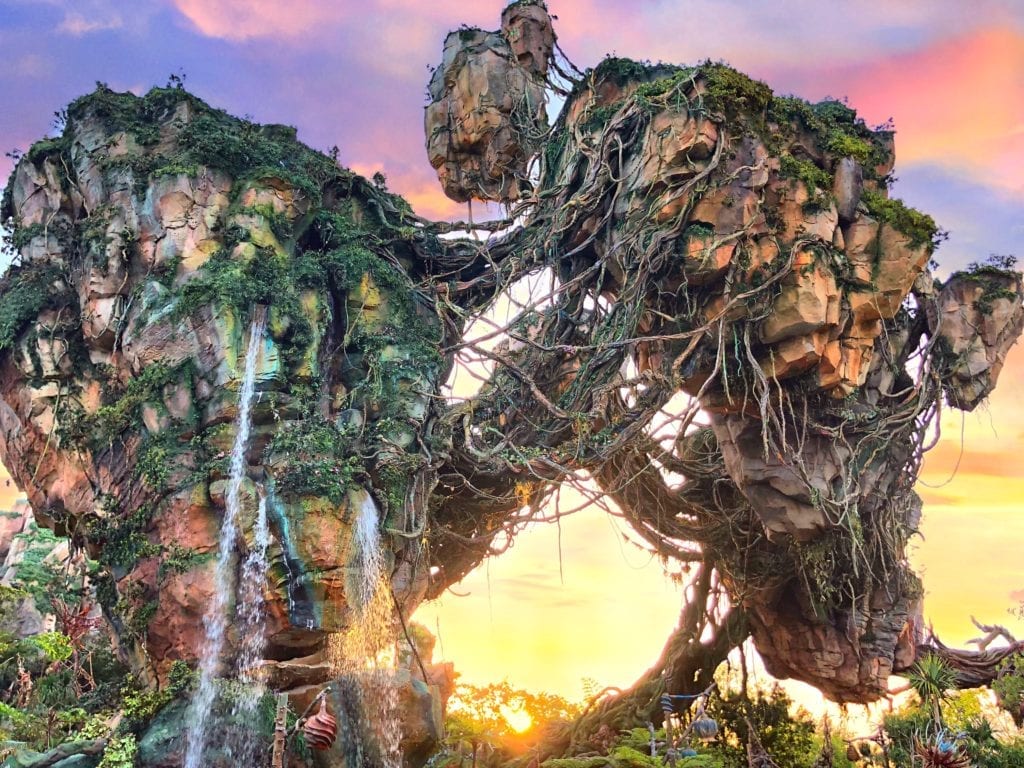 Our Walt Disney World Attraction Reviews are pretty simple and orderly. We explain what the attraction is whether it’s an actual ride or show, what type of attraction it is, if there are any height requirements and where it’s located. We’ll then tell you about our experience with that attraction, show you a video of the attraction and leave you with some tips and tricks.

Keep in mind that our Walt Disney World Attraction Reviews page is constantly being updated as attractions change, new ones are added to the parks and old ones are removed. If you have any questions please feel free to reach out to us via email or comment on the individual post for each attraction.

We also have a legend to our attraction reviews below. We’ve marked the ones that include FastPass+ with the ? symbol and ones that are a must-do with the star ⭐️ symbol.

That way if you don’t have time to read about each one (there’s a lot) you can at least note which ones you can schedule in advance and which ones we highly recommend.

You’ll also notice that certain parks are great or better for certain ages. For instance, Magic Kingdom theme park is great for families with younger kids who don’t reach height requirements because they have a lot that don’t have a height restriction.

Disney’s Hollywood Studios has a lot of thrill rides that do require a certain minimum height and they also have a lot of shows to offer.

Astro Orbiter – Pilot a spaceship high in the sky amid a gleaming constellation of planets.

Buzz Lightyear’s Space Ranger Spin ? – Fire your laser to earn points and defeat the Evil Emperor Zurg as you journey through a galactic space battle.

Dumbo the Flying Elephant ⭐️  ? – Soar high in the sky—and see an elephant fly—on a whimsical flight aboard Dumbo.

Haunted Mansion ⭐️ ? – Climb aboard a gloomy Doom Buggy for a grave journey through a labyrinth of haunted chambers.

“it’s a small world” ? – Embark on a whimsical boat ride past a jubilant chorus of children from around the globe.

Jungle Cruise ⭐️ ? – Chart a course for high adventure on a scenic and comedic boat tour of exotic rivers across Asia, Africa and South America.

Mad Tea Party ? – Spin ‘round and ‘round in a giant teacup during a madcap music-filled whirlwind.

The Magic Carpets of Aladdin ? – Fly high over Adventureland on an enchanted carpet ride inspired by the Disney movie Aladdin.

The Many Adventures of Winnie the Pooh ? – Travel through Hundred-Acre Wood in an oversized Hunny Pot and get lost in the pages of A.A. Milne’s classic tales.

Pirates of the Caribbean ⭐️ ? – Set sail on a swashbuckling voyage to a long-forgotten time and place when pirates and privateers ruled the seas.

Prince Charming Regal Carousel – Ride atop a regal steed and gallop through a whirling backdrop of wondrous color and whimsical music.

PeopleMover ⭐️ – Embark on a 10-minute tour of Tomorrowland aboard this mass transit system of the future.

Tom Sawyer Island – Travel by log raft to this secret rustic hideaway inspired by the stories of Mark Twain.

Journey of the Little Mermaid ? – Board a clamshell and become part of Ariel’s world on a musical adventure awash with scenes from the animated classic.

Walt Disney’s Carousel of Progress ⭐️ – Travel through the 20th century and marvel at the evolution of technology during this classic Audio-Animatronics show.

Barnstormer ? – Take flight above Storybook Circus with Goofy in a homemade stunt airplane for a thrilling junior roller coaster ride.

Big Thunder Mountain Railroad ⭐️ ? – Race through a haunted gold mine aboard a speeding train on this thrilling coaster-style ride.

Seven Dwarfs Mine Train ? – Race through the diamond mine from Snow White and the Seven Dwarfs on a swaying family coaster ride.

Space Mountain ⭐️ ? – Blast off on a rip-roaring rocket into the furthest reaches of outer space on this roller-coaster ride in the dark.

Splash Mountain ⭐️ ? – Drop into a whimsical world filled with classic characters and songs on this thrilling log-flume adventure.

Tomorrowland Speedway ? – Put the pedal to the metal in your very own hotrod and cruise along a scenic miniature motorway.

Enchanted Tales with Belle ? – Relive the magic of Disney’s Beauty and the Beast by taking part in her fairytale—alongside Belle herself!

The Hall of Presidents ⭐️ – Behold all 44 Presidents of the United States in a stirring show tracing the nation’s history.

Mickey’s PhilharMagic ⭐️ ? – Get swept away in the magic of Disney animation in this 3D movie musical starring many favorite Disney characters.

The Animation Experience ? – Discover the influence of real life animals as you create your own sketch of a beloved Disney character.

The Boneyard – Roam an open-air space—designed to look like a dinosaur dig—where young paleontologists can play.

Discovery Island Trails – Stroll tranquil pathways around the Tree of Life and discover a lush landscape brimming with wildlife.

Kilimanjaro Safaris ⭐️ ? – Set off in an open-air vehicle for a guided tour of an African savanna—and spot live animals roaming free.

Maharajah Jungle Trek – Traipse down mystical trails to discover a wonderland of tigers and other wild animals.

TriceraTop Spin – Fly high on a dinosaur around a twirling tin-toy top at this delightful carnival-inspired attraction.

Avatar Flight of Passage ⭐️ ? – Climb atop a winged mountain banshee for a breathtaking 3D flight over Pandora’s otherworldly landscape.

DINOSAUR ⭐️ ? – Travel back in time on a perilous prehistoric race to rescue a dinosaur—before the meteor strikes.

Expedition Everest ⭐️ ? – Careen through icy Himalayan peaks on a speeding train while avoiding the clutches of the mythic Yeti.

Kali River Rapids ⭐️ ? – Set out on a thrilling whitewater adventure through a lush jungle in the heart of Asia.

Primeval Whirl ? – Zip through a zany time machine and embark on a spinning dinosaur-themed coaster ride.

It’s Tough to be a Bug! ? – Discover what it’s like to be a bug during this 3D film and live show inspired by the Disney·Pixar movie A Bug’s Life.

Wilderness Explorers – Follow in the footsteps of Russell from the Disney·Pixar film Up as you earn adventure badges around the park.

Rivers of Light ? – Celebrate the majesty of nature with this reimagined nighttime show featuring special effects and a thrilling musical score!

Conservation Station – Get an in-depth look at animal habitats around the globe and see the expert veterinary care our animals receive.

Frozen Ever After ⭐️ ? – Voyage to Arendelle aboard an ancient Nordic vessel as you take a musical tour of the wintery world of Frozen.

Gran Fiesta Tour – Take in the sights of Mexico and the antics of 3 feathered amigos on this gentle boat ride through the Mexico Pavilion.

Journey Into Imagination with Figment ? – Figment the playful dragon is your guide on this delightful ride through the sensory labs of Imagination Institute.

Living with the Land ? – Cruise past greenhouses on a gentle boat tour and discover the surprising history of farming.

The Seas with Nemo & Friends ? – Go under the sea—without getting wet—on this gentle ride based on Disney·Pixar’s Finding Nemo, which finds Nemo lost again.

Spaceship Earth ⭐️ ? – Travel through time and explore the remarkable history of human communication from the Stone Age to the computer age.

Mission: SPACE ? – Blast off on a thrilling simulated NASA-style mission to Mars—or orbit the Earth on a more gentle ride through space.

Soarin’ Around the World ⭐️ ? – Take flight on a breezy, airborne adventure as you hang glide above the breathtaking wonders of the world.

Test Track ⭐️ ? – Design a virtual concept car and put it to the test on this thrilling, high-octane attraction.

Advanced Training Lab – Train for your next Mars mission at a high-tech play area featuring space-themed games and activities for all ages.

Bruce’s Shark World – Get ready for fish-friendly fun at this interactive walkthrough exhibit at The Seas with Nemo & Friends Pavilion.

Coral Reefs – Discover the colorful undersea world of coral reefs, which cover less than 1% of the ocean floor but are home to 25% of all ocean species.

ImageWorks – Let your imagination run wild in a creative play space where little ones can explore their senses.

Impressions de France – Enjoy an 18-minute film showcasing the grandeur, charm and romance of one of Europe’s most enchanting countries.

Reflections of China – Journey through ancient and modern China during a spectacular 14-minute Circle-Vision 360° film.

SeaBase -Explore the magic and mystery of life under the sea at this ocean-themed destination, home to a fin-tastic aquarium.

Turtle Talk with Crush ? – Gather around a window to the ocean for a conversation in real time with your favorite totally tubular sea turtle.

Rock ‘n’ Roller Coaster ⭐️ ? – Race along the darkened freeways of Los Angeles in a super-stretch limo to the rockin’ tunes of Aerosmith.

Slinky Dog Dash ⭐️ ? – Take off on a family-friendly coaster that twists and turns past giant toys and springs across Andy’s oversized backyard!

Star Tours ⭐️ ? – Make the jump to hyperspace on a thrilling 3D space flight to legendary destinations from the Star Wars saga.

Lightning McQueen’s Racing Academy – Get pumped for a high-octane, first-of-its-kind show that’ll put you in the middle of the Disney•Pixar Cars universe.

Muppet*Vision 3D ⭐️ ? – Experience the magic of the Muppets during a hilarious film and live-action extravaganza.

Fantasmic! ⭐️ ? – Be there as the forces of good and evil battle it out in Mickey’s dream during this extravagant open-air nighttime musical.

For the First Time in Forever: A Frozen Sing-along ? – You’ll melt for this heartwarming celebration of Frozen with a flurry of stories, songs and special guests.

For more details on current attraction openings and closures be sure to visit disneyworld.com for the most up-to-date information. Not every single show or parade is listed on this page. We always suggest grabbing a map and times guide as you enter the park to see what is playing and at what time. Our Walt Disney World Attraction Reviews are based on our time spent at the parks with infants, kids, teenagers and adults.

We realize that your party may only include 2 adults, adults with children, grandparents etc. What we love about Walt Disney World is that there’s something for every group at every park to enjoy. We highly recommend the Park Hopper tickets because of this. Park Savers has special discounted pricing on all tickets to Walt Disney World that you’ll want to check-out.

If you’ve enjoyed our Walt Disney World Attraction Reviews be sure to see our other planning content including Resort Hotel Reviews and Dining.