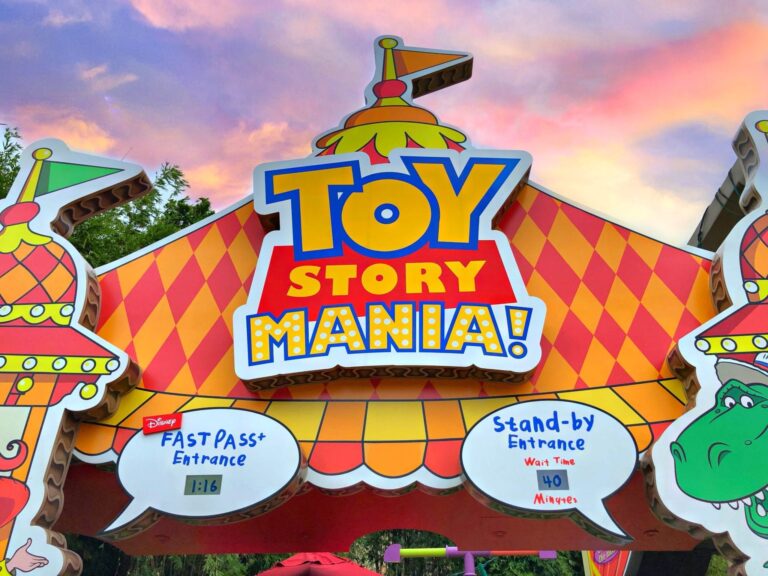 I first experienced Toy Story Midway Mania at Disney California Adventure Park at Disneyland in California. I remember when it first opened, it became an instant hit. During Extra Magic Hours at the parks, it was the one attraction EVERYONE went to. Then Cars Land was built and that died rather quickly…which was great for me because it’s still one of my favorites!

Of course the Toy Story Midway Mania at Walt Disney World is a bit different than the one at Disneyland. Not in how the game is played but location, land and number of tracks.

When it first opened at Hollywood Studios, it too was a massive hit. I remember most of my trips where the standby line was over 100 minutes long on average. If you didn’t have a FastPass, you were set to spend well over an hour waiting.

Once all the construction was done, Toy Story Midway Mania seems to hold an average wait time of about 60 minutes or so. On slower days it’s typically around 45 minutes. On busier days it can still get past 100 minutes. 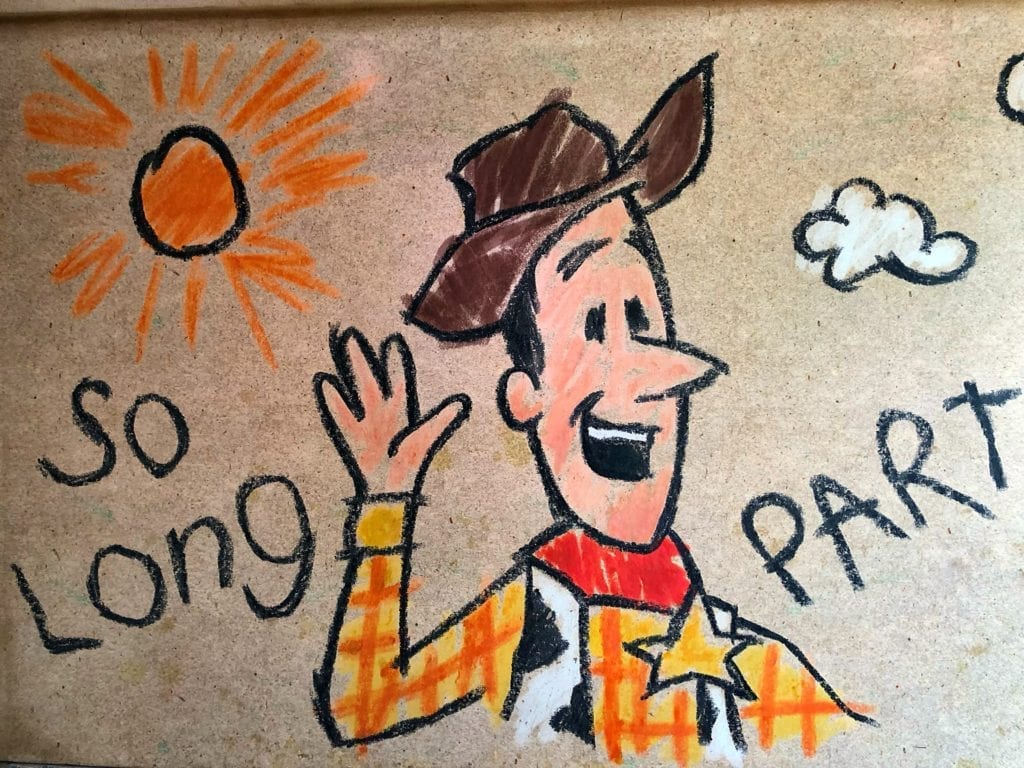 This is what you can expect. A decent wait time if you have no FastPass. The line queue is pretty fun, filled with signs of old games and Toy Story characters. There’s not much interactive stuff unless you download the Disney Play App which we highly recommend.

As you weave through the line you’ll be inside most of the time going back and forth from room to room. Like I said, it’s not that exciting. At some point you’ll we given your 3D glasses to hold on to before loading onto the attraction. There will be instructional videos playing the closer you get that shows you how how to load into the vehicle, bring your lap bar down and putting on your glasses.

A Cast Member will verify how many are in your group and you’ll be paired off in twos. Each ride vehicle holds 4 guests back to back. You won’t be able to see the guests behind you at anytime after loading but they are considered part of your vehicle.

Once you’ve taken off you’ll start to spin around a little bit and land at your first game which is just a practice round. You’ll need to get use to aiming your cannon and pulling the string. Prepare for an arm cramp after the games are over!

After your practice round it’s on to the real thing. You’ll see that as you move from game to game there’s just a little bit of moving and spinning involved to make it fun. If you don’t like spinning, this attraction really isn’t that bad. I’m not a fan and I can handle this one no problem. It’s nothing like Mad Teacups.

The next games you’re going to play are the following in order:

It may take you a few runs on this attraction to catch on to all the targets that are available, especially the high value ones. Every game contains some “easter eggs” or hidden high value targets. These ones in particular will get you a much higher score but they can take a lot of practice to figure out. You can read our post on getting the high score through these easter eggs. 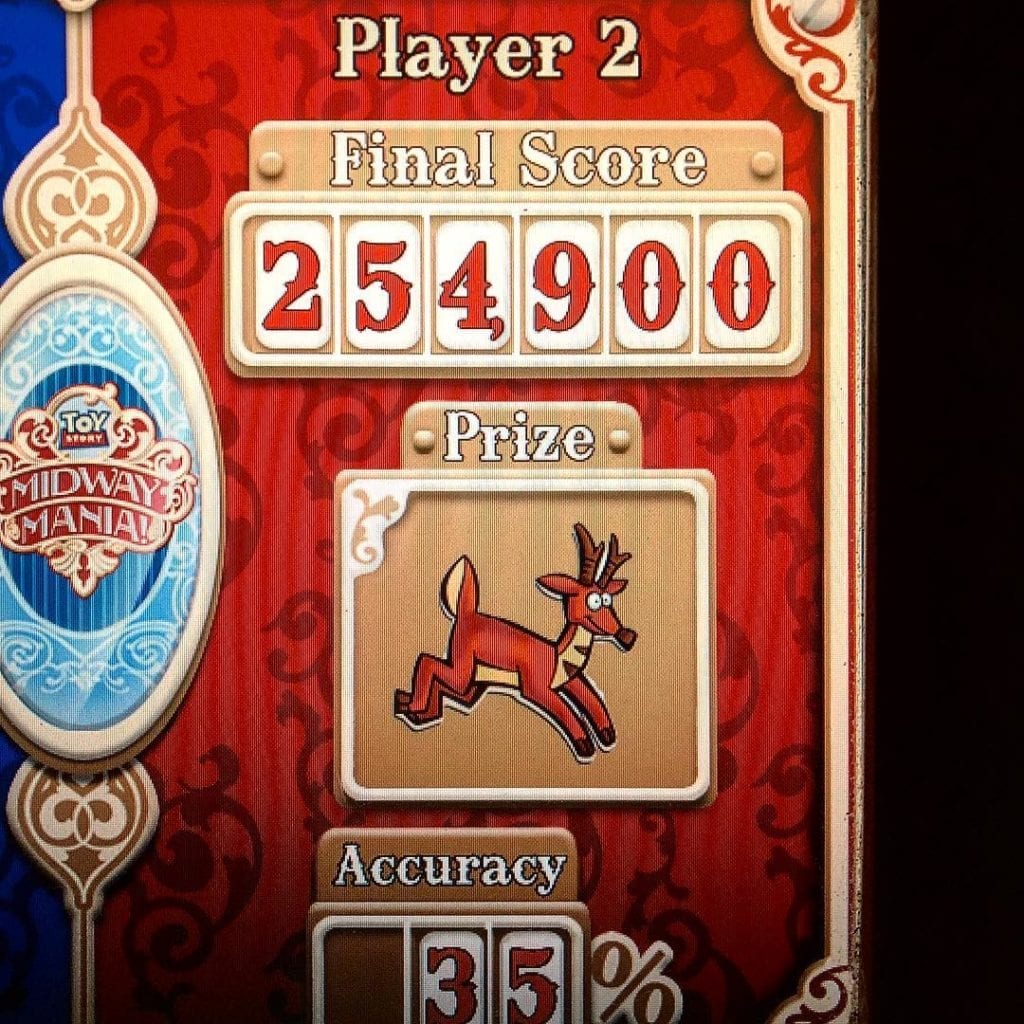 Once you’ve finished your games you’ll be shown your high score, assigned a character and show the vehicles high score, best this hour, best this week and best this month. It’s okay to let your jaw drop when you see the best this month and how they’re usually above 500,000 points. Don’t sweat it though. Those scores are usually obtained by Annual Passholders who go all the time.

When all is said and done, you’ll have had a fantastic time and want to come back again and again. I highly recommend this attraction to families with kids of all ages. You can bring infants and little kids as there is no height requirement.

You can watch a video of the Toy Story Midway Mania attraction below to get an idea of what it’s like.

Watch this and more of our attraction videos on YouTube!

For more attraction reviews be sure to visit Park Savers main Walt Disney World Attractions Review page. We also have a Toy Story Land walkthrough guide and video so you can see the entire land. For discounted tickets to the parks be sure to see Park Savers current ticket pricing.