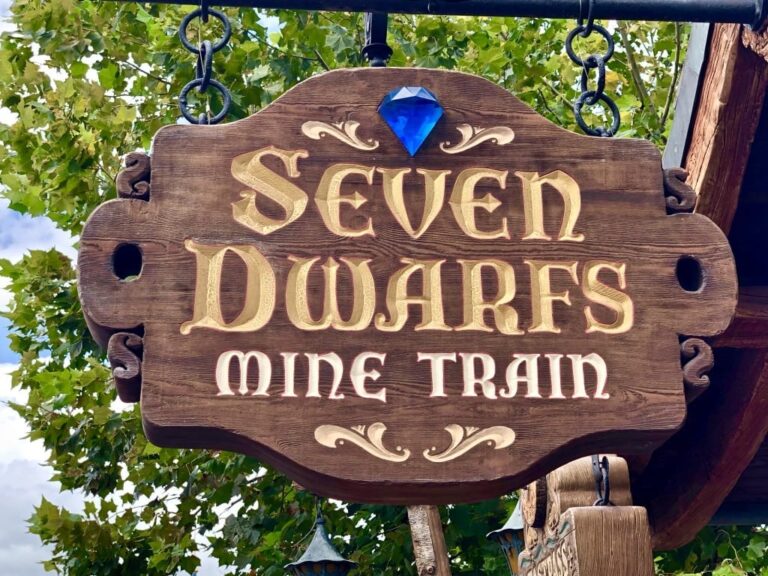 When this attraction was being built it was the talk of the town. I can remember seeing some many articles about how it was going to feature the best audio-animatronics, unique track with rocking mine carts and so much more. It was part of the Fantasyland Expansion at Magic Kingdom. And Seven Dwarfs Mine Train was going to be the center of it all.

So did it end up being worth all the hype? I visited the attraction several months after opening and it still had 90+ minute wait times. I know on opening day it was beyond 100 minutes and the line had to be cut off because FastPass was getting so long that it wasn’t really FastPass anymore. I’ve only seen that happen a few times to guests must have thought it was worth the wait.

The attraction itself is really aimed at kids around 3 years to maybe 10 years. It’s certainly not an adult thrills roller coaster. 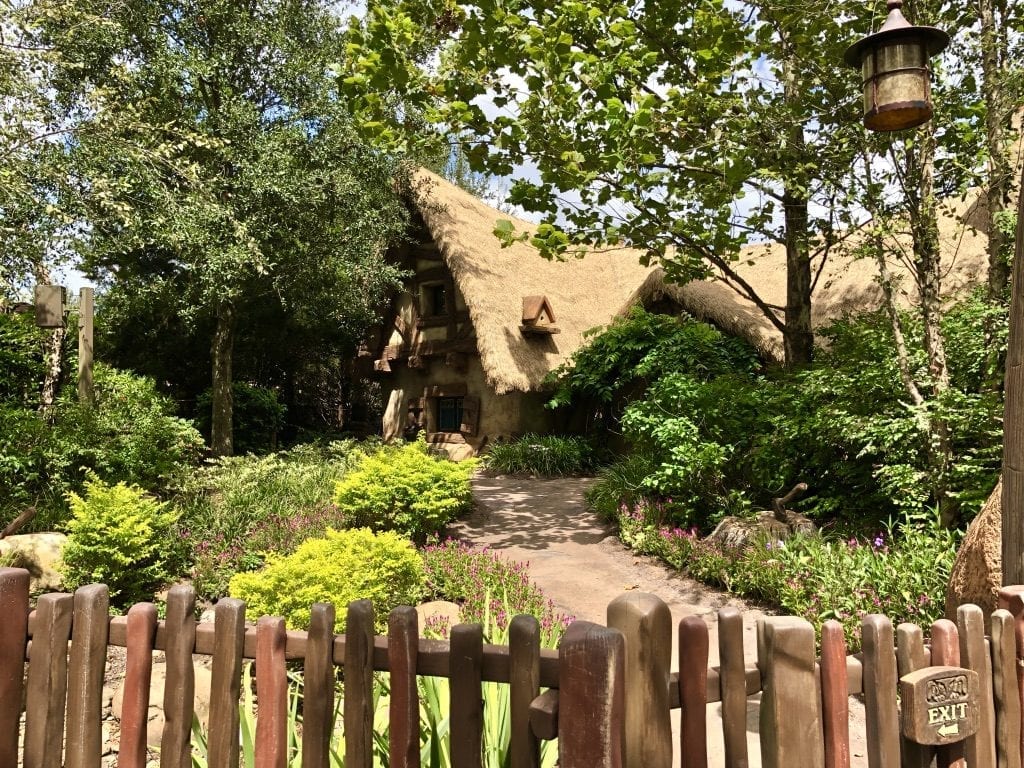 The Seven Dwarfs Mine Train line queue is not that amazing or interactive as I thought it was going to be. In fact it’s a bit more classic than I thought. Once I entered the line I walked down towards a cavern entrance and went inside. I will admit it’s nice once you’re in there because the heat in a line can get to you.

From here it’s really just a lot of meandering back and forth in different sections of this cavern. I had hoped there would be some fun games to play but it’s really just things to look at. The FastPass line is even more barren. At one point you will watch a video that shows how to load into the mine train and where to put your bags etc.

Once you come to the end of the line a Cast Member will ask how many is in your party and then send you to your position. The front is number 1 and back is number something, I forget. Like most roller coasters the front gives you a really good view but it can be slow in the drops because you’re waiting for the rest of the train to catch up. Food for thought.

Once you’ve been assigned your position you’ll probably only end up waiting one train before you load. While the the Seven Dwarfs Mine Train attraction doesn’t feature a single rider line, it’s you’re by yourself or have an odd number in your group, you could get put with a stranger. It’s not that weird but it kind of is.

My personal opinion is that if you’re going to load strangers together because there’s an empty seat, offer single rider.

Once loaded you’re going to put down on your lap bar and then push back up to make sure it is locked. Now you’re ready to go! You’ve got a drop right off the bat but it’s not that big. You’ll speed around, make some drops and sharp turns and then head into the mine. During all of this your mine carts are swaying side to side ever so slightly. It’s not enough to make you sick but you know it’s happening.

Entering the mine may be the best part of the attraction. You’ll see some really great animatronics for the Seven Dwarfs, sparkling gems all over and of course the Hi-Ho song from the film. When they touted it would be good, they weren’t wrong. I was really impressed.

After leaving the mine you’ll do some more drops and turns and then you’re done! It’s actually not that long of an attraction considering the wait time. This is definitely a FastPass attraction that should be booked as far in advance as possible. It’s a great attraction for families with kids falling into the age range mentioned above.

So while the hype of the Seven Dwarfs Mine Train was big I personally don’t think it lived up to that, mainly because of the audience it’s aimed at. When you hear roller coaster your ears perk and you think bit time in your head. This one is more of a kids roller coaster that adults can enjoy with smaller children.

For attraction closures and openings be sure to visit disneyworld.com before your vacation.

You can watch a video of the Seven Dwarfs Mine Train attraction below to see what it’s like.

For more attraction reviews be sure to see our entire list for Walt Disney World. We’re constantly adding and updating including the Seven Dwarfs Mine Train attraction so be sure to come back again and again! For discounted tickets to the parks be sure to see Park Savers current ticket pricing.