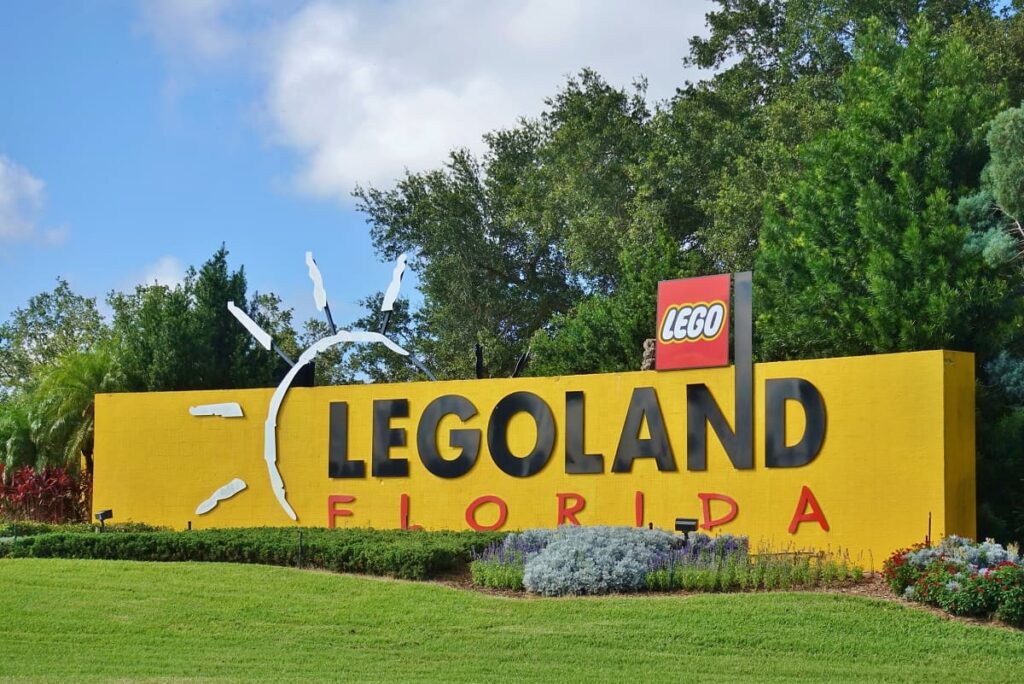 Since it opened in 2011, LEGOLAND Florida has been massively popular and receives millions of visitors each year. It can be quite difficult to know what to expect from LEGOLAND if you’ve never been before, especially for someone who has little to no experience with theme parks.

The park is what it sounds like, but it goes much deeper than just being some LEGO attractions. It brings the world of LEGO to life in ways that you couldn’t think possible, and it really feels like you’re walking through actual lands made from your favorite bricks.

LEGOLAND is a 150-acre theme park that is packed with unique experiences, attractions, shopping, dining, and way more. One of the most important things to note about LEGOLAND is that it’s specifically meant for kids up to the age of 12 years old.

This means that all of the rides are meant to be thrilling to kids of this age and younger, not adults. Essentially, you might not want to visit LEGOLAND without your kids, unless you’re a major LEGO fan.

The park is found on the property of the former Cypress Gardens, though there is an area that is dedicated to the previous park.

Of course, you don’t go to LEGOLAND to see the botanical gardens. You’re there to see all of the incredible attractions, rides, and structures made entirely from LEGO bricks, which gives the park its distinct sense of magic.

One of the most popular attractions to see at the park is MINILAND USA. It represents all of your favorite tourist spots and cities in LEGO form, from New York to California, and features plenty of interactive parts as well. You’ll even be able to see some special effects and hear sounds, like the NASA rocket at the Kennedy Space Center, which counts down to launch, and dispurses smoke during blast off.

There is a wide variety of experiences and rides at LEGOLAND, Florida, and what’s great is that none of them are too scary or thrilling. Some of the most popular spots include the interactive NINJAGO ride, a virtual reality roller coaster, and the Kid Power Towers.

You should try to visit the Imagination Plaza, which is an indoor center that is packed with interactive LEGO-themed areas and activities. Your kids, or you, can create cars and airplanes using LEGO bricks, and then test drive them.

There is also a GameSpot, which lets you play all of the latest LEGO video games. LEGOLAND brings The LEGO Movie to life with the addition of new rides in the park in 2019. Your kids can help save Bricksburg from aliens in the Battle of Bricksburg, or take flight on a Flying Couch.

The food at LEGOLAND is just as impressive as its attractions. The restaurants all share a fun atmosphere and do not break the LEGO immersion at all, thanks to all of the restaurants being LEGO themed.

Whether you’re craving fried chicken, burgers, or pizza, there’s something for everyone. All but one of the LEGOLAND restaurants are quick-service places, so you won’t have to spend too much money on your food, or make a reservation. Fun Town Pizza & Pasta Buffet is the outlier.

An interesting highlight that’s definitely worth stopping at is Granny’s Apple Fries, which is unique to LEGOLAND. They sell apple slices coated in cinnamon sugar, served with whipped cream or ice cream, and a caramel dip.

The shopping experience at LEGOLAND is everything that you could possibly imagine, and then some. There are plenty of interesting and exciting places to shop, but there are a few highlights that stand out to most folks.

The LEGO Factory is the place where you’re supposed to let your imagination be free. It’s essentially a candy store, but instead of candies, the dispensers contain bulk loads of certain bricks. If you’re looking to build your own custom creation, then this is the place.

This shop is conveniently located close to the LEGOLAND entrance and is filled with all things LEGO. It’s the go-to destination for your more typical theme park souvenirs. They sell items like keychains, magnets, accessories, clothing, and, of course, LEGO sets.

The LEGO Studio Store is the place you go to if you want to see all of the latest LEGO sets in action, and where you go to buy them. There are plenty of options that can fit all skill levels and budgets, and it’s a place you should definitely visit when you go.

There are a few things that you should remember to do when visiting LEGOLAND that aren’t specifically related to the attractions. Here are a few of the most important ones.

If you don’t have your map with you, you’re more likely to miss sections of the park when walking around. The map will let you plan your route so that you can see all of the attractions and entertainment areas. If you get lost, don’t be scared to ask for directions.

If you have any experience with theme parks, you know that they usually aren’t cheap. LEGOLAND is no different, and you should go in with a clear budget so that you don’t end up overspending or underspending. It would be best if you also planned to do any shopping near the end of your trip so that you aren’t carrying merchandise around with you.

Buy or Bring a Trade-able Mini-Figure

Similar to pin-trading at Disneyworld, the LEGOLAND model citizens (the employees) will trade mini-figures with visitors. This is a great way to keep yourself busy and bring home a budget-friendly souvenir.

If you’re worried about LEGOLAND being another hectic theme park that makes it easy to lose your kids in the crowd, don’t be. It’s one of the more relaxed theme parks in the US. The environment is specifically designed to allow your kids to take the lead without needing to micromanage them.

Thanks for subscribing! Please check your email for our next newsletter.
By Dean Chapman
Ringing at Walt Disney World Resort