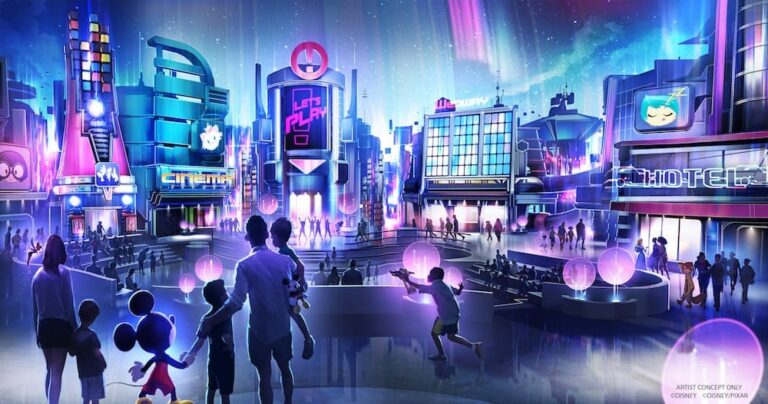 Throughout the year we’ve been talking individually about some of the changes that are coming to Epcot at Walt Disney World. Any many of you know there are several new additions coming to both parts of the park in Future World and World Showcase. Just yesterday Disney announced another major change coming to the front of the park involving the entrance.

Disney has decided to update the entrance of Epcot which we’re very happy to hear. While there is nothing wrong with how it is set up now, we think the park deserves an update. The new entrance will feature more gardens and trees as well as a new water fountain. Guests who have come to love the Leave a Legacy photo walls will still be able to enjoy them just outside the new entrance.

The project pays homage to the original entrance of Epcot while incorporating fresh new elements and ideas.

Along with a new entrance is coming a newly redeveloped area between Spaceship Earth and World Showcase. Disney hasn’t released any details about this update but we’ll be sure to let you know once they do. 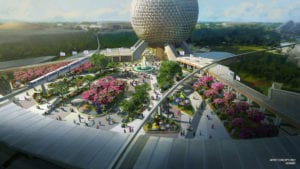 If you’re visiting the park there will be a brand new Experience Center coming to Epcot later this year. The Experience Center will be located in the former Odyssey Pavilion and feature interactive exhibits to help visualize park projects throughout this unprecedented period of transformation.

The ongoing evolution of Epcot includes plans for a play pavilion that’ll be unlike anything ever seen at the park. This new space will be devoted to playful fun and feature an innovative city that’ll come to life under the dome of the un-named pavilion previously known as Wonders of Life. The pavilion’s city will be bursting with interactive experiences, favorite Disney characters, hands-on activities and engaging entertainment when it opens just in time for the 50th anniversary of Walt Disney World Resort!

While we’re excited about the new entrance we’re even more excited about the new attractions coming to Epcot as part of the parks major transformation. First up, the new Guardians of the Galaxy-themed roller coaster in Future World. Not many details have been released about this new attraction other than it will be a roller coaster (not like Guardians at California Adventure Park) and will the in the area left of Test Track. Our guess is that it will incorporate the technology that’s currently being used on the Tron attraction in Shanghai.

Epcot Forever, a 2019 limited-time nighttime experience over World Showcase Lagoon set to classic Epcottunes, followed by an all-new nighttime spectacular debuting in 2020 is the next show on our list. Because of the transition show starting this year, Illuminations will be ending. If you’re wanting to catch it before it’s gone be sure to make a trip soon!

The new night-time shows will include water, fire, fireworks and lighting. No details have been released on the new show debuting in 2020.

Next up is the space-themed table service restaurant that will be opening up by Mission: SPACE inside Future World. This new dining experience is supposed to be like any other and will be located in a newly-developed area between Mission: SPACE and Test Track. The restaurant will transport guests to space where they will enjoy a meal among the stars. No opening date is set at this time.

In a rare move, part of the new expansion is for the France pavilion to receive a brand new attraction. This hasn’t happened in years! Guests who enter Epcot through the World Showcase entrance can see all the construction for this new attraction, Remy’s Ratatouille Adventure. The attraction comes from Disneyland Paris and is one of our favorite rides! Remy is slated to open in 2019 or 2020.

The China and Canada Pavilion’s will also receive updates to their 360 films as well as Japan receiving a brand new dining experience.

As you can see there is a lot coming to Epcot which we will is going to bring the park up to family status like Magic Kingdom and Animal Kingdom.