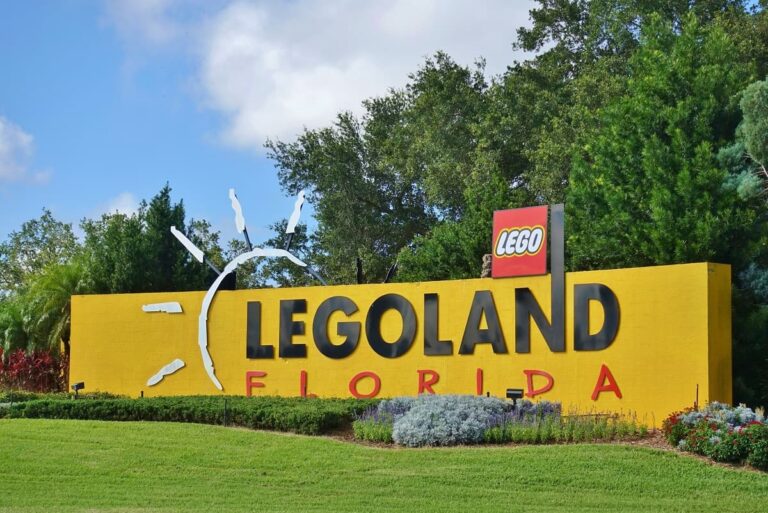 Home
Save with Costco Legoland Tickets & Other Discount Deals

Costco Legoland tickets are awesome – when you can find them, that is. Every now and again, you’ll come across great Legoland ticket deals at your local Costco or the warehouse’s discount travel website. Unfortunately, they aren’t always available. And even when they are, you’ll still need to book an entire vacation package to get the savings.

So, where else can you turn to for cheap Legoland tickets? (Costco isn’t the only place to go for a good deal, after all, even though they do have a lot of them. I mean, who doesn’t love a slice of pizza for only $1.99 or a $1 churro?) Our favorite place to go for substitute Costco Legoland tickets and other discounted theme park tickets is… well, us!

That’s right, Park Savers, in partnership with Undercover Tourist, is proud to offer Legoland discount tickets that are as good or better than Costco’s – and you don’t even need to be a member to enjoy the savings. Keep reading to learn more about Park Savers’ Costco Legoland tickets and find out how to build your own awesomely affordable vacation.

In the past, some great deals have been made available exclusively for members at warehouses for discounted Legoland tickets. Costco Travel has offered exclusive savings on tickets to Legoland in California and Florida every now and again. Although, currently, no discounts are available on the Costco Travel website, and the site’s Help Center states that “Costco Travel does not offer Legoland California tickets at this time.” It’s unclear when or if Costco’s Legoland savings will return at this time.

So, did Costco stop selling theme park tickets altogether? Nope! You can still buy affordable tickets for popular vacations like Disney World, Disneyland and Universal through Costco Travel. However, you won’t be able to buy them alone – they must be part of a vacation package. That means flights, hotel and rental car options.

Legoland Deals Costco Has Offered in the Past 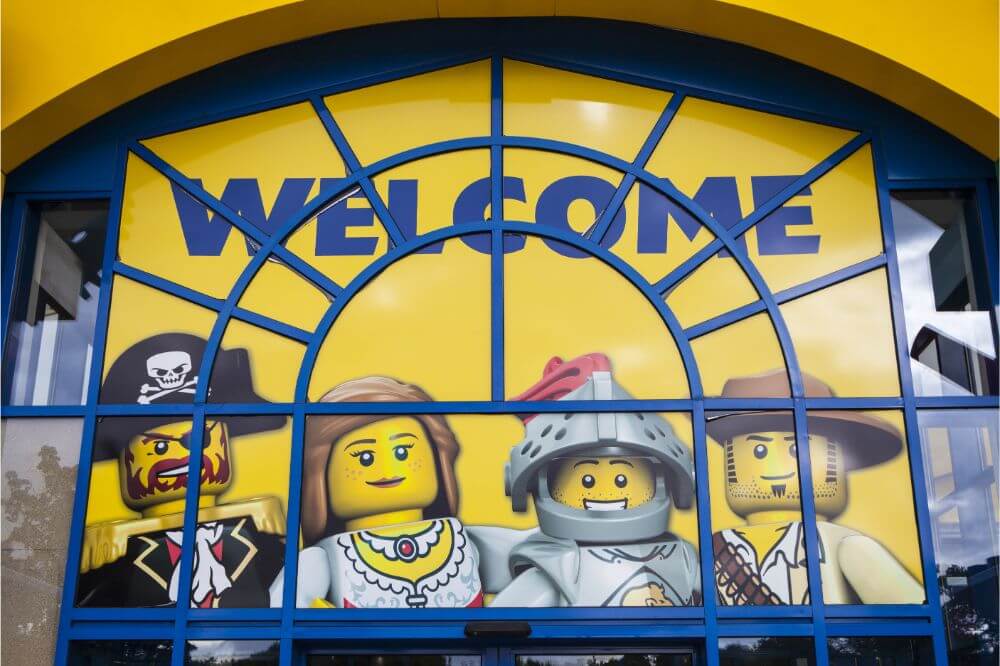 Costco has had a variety of deals before, both online and in the warehouses. You’d also find savings for everything from individual tickets and the Costco Legoland Play Pass to hotel-included Legoland packages. Costco Legoland Passes tend to be a steal, with California-based warehouses offering a yearlong membership to both Legoland and the Sea Life Aquarium for just $95 in 2019.

Remember that Costco Legoland deals are usually offered regionally. In other words, Costco Legoland California savings are typically only available at warehouses found along the west coast. Meanwhile, locations in southern states usually only offer Legoland Florida discount tickets. Costco Travel’s online website has also had discounts available, so be sure to check there too.

Where to Find Legoland Costco Tickets

Should Costco begin selling discounted Legoland tickets at their warehouses again, follow these five simple steps to snag yours, along with a substantial savings. Otherwise, you can also look on the Costco Travel website and navigate to the “Theme Parks & Specialty” tab.

Of course, if they aren’t available in the warehouses or online through Costco Travel, Legoland tickets can also be purchased at a discount through authorized ticket sellers like Park Savers and Undercover Tourist. So, don’t worry – even if Costco isn’t offering deals on Legoland tickets or you aren’t part of the Costco member team, you don’t need to miss out on saving some cash. Read on to learn how. 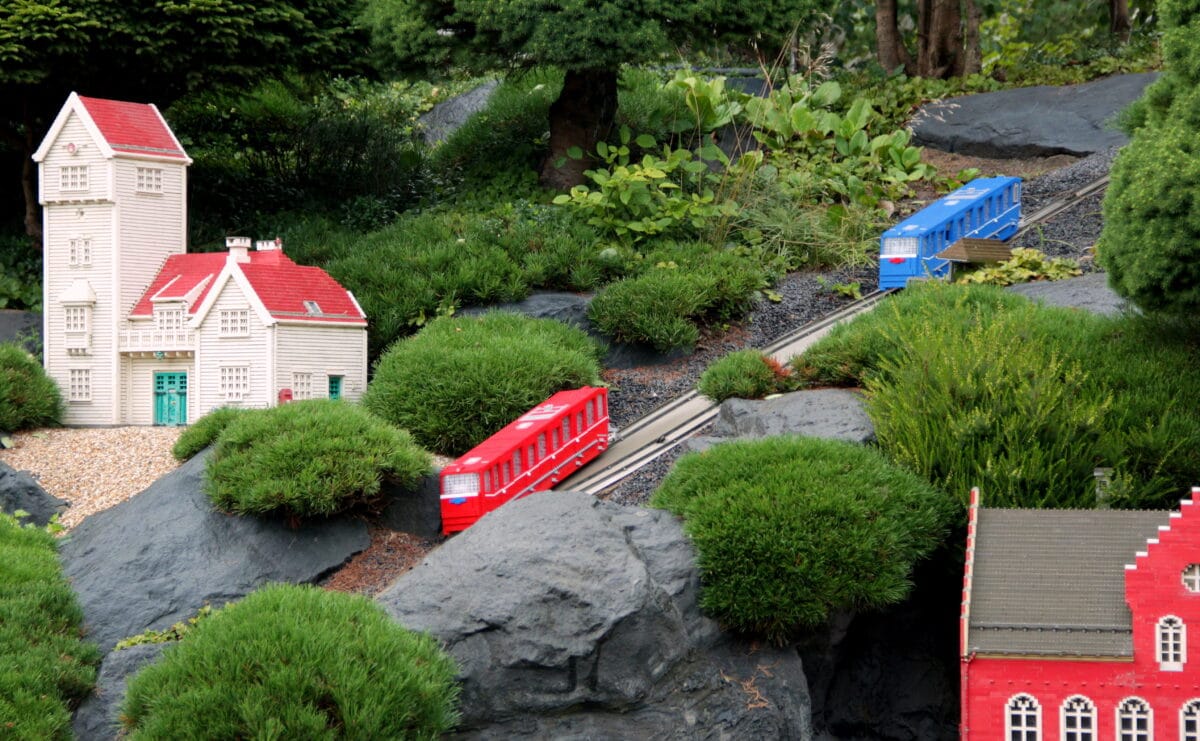 Never fear! You and your Lego-obsessed crew can still live out your dream of experiencing this larger-than-life, brick-built world at a discount. And best of all, you have a few different ways of making it happen.

Certain regions of the AAA Auto Club, typically where the parks are located, will offer Legoland tickets at a discount. For example, Auto Club South has Legoland Florida deals, while regional clubs along the west coast are more likely to provide savings at Legoland California.

Active duty military personnel are entitled to the cheapest Legoland tickets of all: Free! Simply flash your current active military ID at the ticket window for Legoland Florida to claim. Veterans, non-active military members and their families can also get heavily discounted tickets and a free second day from the ITT at their MWR office on base. Meanwhile, Legoland California offers up to a 30% discount for military personnel.

Still looking for a way to save? If you’re a teacher in a PreK to 12th-grade classroom and live in Florida, you can claim a complimentary year of admission with the Teacher Pass. This allows you to visit the attractions for free so you can brainstorm how to include them in your classroom’s next field trip. Or, if you’re a fiend for credit card points and you have an American Express card, you can even redeem your membership rewards points for Legoland tickets.

Not part of any of those clubs either? That’s where Legoland Authorized Ticket Sellers like come in.

Buy Legoland Discount Tickets with an Authorized Ticket Seller Instead

While Costco has stopped selling discounted tickets to Legoland, authorized ticket sellers like Undercover Tourist, Park Savers’ ticket partner, are still going strong with their ticket deals. As an authorized ticket seller, while the deals may seem too good to be true, you’ll never need to worry whether your tickets are legit.

Undercover Tourist partners directly with Legoland to bring you their incredible deals that are as good or better than those offered by Costco Travel. Legoland tickets prices with Undercover Tourist also include all applicable taxes and fees, so you’re never caught off-guard by unexpected charges. Plus, with 365-day ticket returns (where applicable), you’ll never need to worry about not getting your money back if something changes or your plans fall through.

Sounds pretty awesome to us! Ready to say “goodbye Legoland Costco tickets, hello Legoland discount tickets from Park Savers and Undercover Tourist”? We don’t blame you! Follow these easy steps to get started:

Unlike with My Disney Experience, there’s no way to link your pseudo-Costco Legoland tickets to the Legoland app. Plus, you’re also not able to add on Fastrack, Legoland’s version of FastPass (or, rather, Disney Genie+) when buying your tickets makeshift Legoland Costco tickets from Undercover Tourist. However, you can purchase it separately using Legoland’s website or app starting at either $23.99 (plus tax) for the Fastrack 3-Pack or $59.99 (plus tax) for Fastrack Unlimited.

Going to Legoland Park, a Brick-Built Land Where Everything Is Awesome

Featuring colorful, brick-constructed lands, whimsical attractions and even hands-on building workshops, Legoland Parks offer a fun-filled day for families and aspiring Brickmasters alike. Plus, with stateside locations in California, Florida and now New York, as well as seven different international outposts, you’re never too far away from a day of creativity-fueled, kid-friendly thrills.

How Much Is a Day at Legoland?

Just like buying tickets from Disneyland or Disney World, Legoland ticket prices vary based on which location you’re visiting, what kind of ticket you’d like and, for the California and Florida locations, your visit date. Travel dates during the busy season mean high ticket prices while visiting on slower days will nab you more wallet-friendly rates. Or, for the cheapest Legoland Park tickets of all, head to the newly opened Legoland New York, which is only open seasonally.

Typically, for those interested in living out a dream at Legoland California, tickets start at $89.99 for a 1-Day Theme Park Ticket when purchased directly through Legoland. While if you’d rather be part of the Lego team at Legoland Florida, expect to spend at least $84.99 online.

Legoland New York is the most affordable of the brick-built theme parks, offering tickets for only $67.99. Remember that, unlike Undercover Tourist’s rates, these prices don’t include tax or Legoland’s processing fee. Additionally, we should also point out that while Legoland Florida’s tickets are for a specific date, those offered by Undercover Tourist feature flexible admission and as such, go for a premium.

Of course, if you’d like to add on Fastrack, Legoland’s line-skipping service, you’ll end up paying more. (And you’ll pay less if you buy your Legoland tickets through Costco or Park Savers and Undercover Tourist. Buy discounted Legoland tickets at Costco-like prices through Park Savers here.)

Is One Day at Legoland Enough?

Unless you’re planning on tacking on a trip to the Legoland Waterpark, Sea Life Aquarium and/or Peppa Pig Theme Park (opening February 24, 2022) too, one day is enough for a visit to Legoland Park. However, keep in mind that depending on the lines and when you get started for the day, you may need to sacrifice a few things.

Alternatively, a two-day, or possibly even three-day trip, will give you plenty of time to either see and thoroughly enjoy everything in Legoland or let you add on a visit to one or more of Legoland’s sister destinations.

Is Legoland Worth the Money?

We think that a trip to Legoland is totally worth the money for some people, especially when purchased at a discount. However, there are some caveats. For example, families with children between the ages of 2 and 12 will love the kid-friendly fun Legoland offers, while those with teenagers and groups of grown-ups may rather steer clear since there aren’t any big thrill rides to go on.

The main exceptions to this are, of course, AFOLs and ALEs. (That’s Adult Fans of Lego and Adult Lego Enthusiasts, for those that aren’t up on their Lego lingo.) These brick buffs will geek out over all of the awesome details even if they miss out on a rollercoaster-induced adrenaline rush.

Additionally, while we’ll certainly consider making a trip to Legoland when we’re already in the area or nearby, we wouldn’t necessarily travel to Southern California, Central Florida or upstate New York specifically for a visit.

So, there you have it. From affordable admission to Legoland Florida or the new location in New York to cheap Legoland California tickets, Costco can be a great place to go for a deal.

Unfortunately, they aren’t always available. That’s where we come in. We hope we’ve helped you learn more about Legoland Costco tickets and given you some good alternatives (like us and Undercover Tourist!) if you aren’t a member or none are currently available.

Looking for cheap Disney tickets instead? Talk to an agent and plan your magical vacation today.