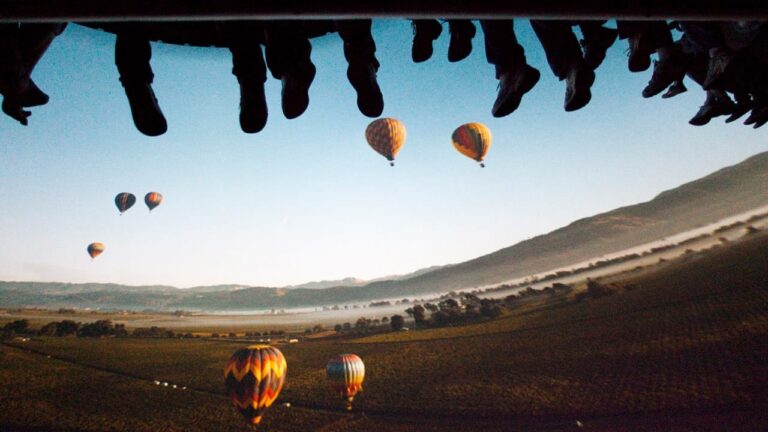 The epic, aerial adventure Soarin’ Over California returns to Disney California Adventure® Park! From June 1 to 30, 2019, this beloved attraction is coming back for a limited time this summer.

You can take flight and enjoy a bird’s-eye view over California. This virtual tour celebrates the beauty and wonder of the Golden State—from San Francisco’s iconic Golden Gate Bridge to the crashing waves in Malibu. Guests will be raised high into the air, and surrounded by an immersive, 80-foot projection dome to simulate the graceful motion of flight, while their senses will be teased with iconic scents found throughout California.

Originally opened in 2001, Soarin’ Over California became a fan-favorite attraction. In 2016, the attraction became Soarin’ Around the World, taking you over the many wonders of the world—from the majestic Swiss Alps to the Great Wall of China.

We’ve been waiting for this announcement for sometime, knowing it would come; and we’re super excited! This is the original film that launched the Soarin’ attraction and has remained on our minds since it left for Soarin’ Around the World.

If you don’t remember it, maybe smelling an orange will get your brain working. One of our favorite scenes is flying over the orange grove and smelling fresh oranges as they are being harvested.

Do you remember what the other smells are?! We won’t spoil them for you so you’ll have to go on the ride!

The return of Soarin’ Over California adds to the exciting offerings available at Disney California Adventure Park this June. If you haven’t been yet, Pixar Pier is a great place for the whole family to enjoy some amazing new attractions including the Incredicoaster, Toy Story Midway Mania, Pixar Pal-A-Round, Jessie’s Critter Carousel and the soon to open Inside Out: Emotional Whirlwind.