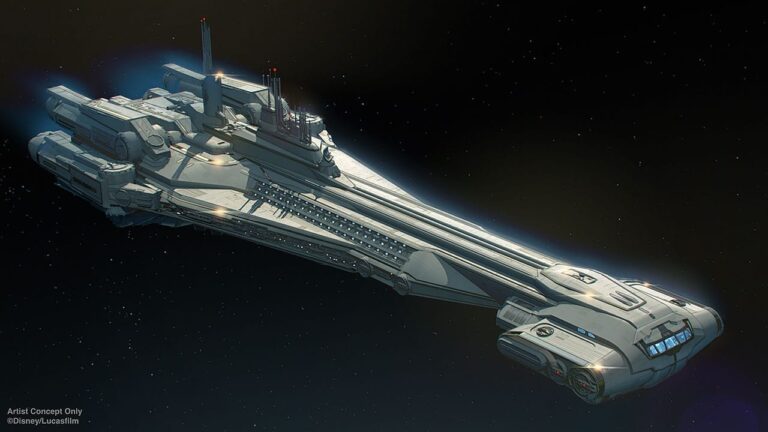 What is it really like to see, feel and live Star Wars?

The answer to this question and many more will be answered March 1, 2022, when Star Wars: Galactic Starcruiser debuts at Walt Disney World Resort. This first-of-its-kind immersive adventure is a vacation experience going beyond anything Disney has created before. Guests become the heroes of their own Star Wars stories during a two-night adventure aboard the Halcyon starcruiser, a vessel known for its impeccable service and exotic destinations.

More details were recently revealed, detailing what passengers can expect on this out-of-this-world voyage.

Interactive Storytelling
While aboard the Halcyon starcruiser, Guests are part of an interactive story that interweaves with crew members, other passengers, droids and familiar Star Wars. As they choose alliances and chart their own courses, guests may encounter, among others, the starcruiser’s captain, a plucky mechanic, or a charming scoundrel with an ulterior motive. Guests might be simply asked about their homeworlds, or be invited to protect valuable information or take part in a mission. 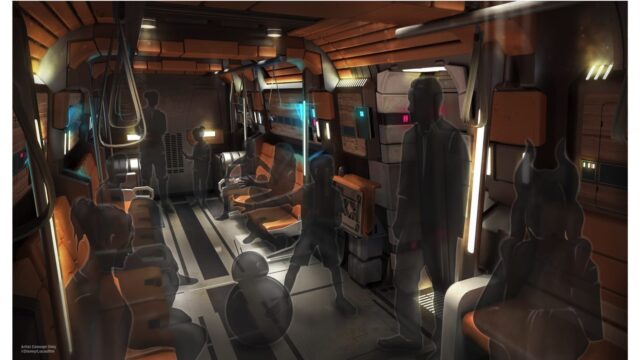 Passengers can deepen their engagement with characters and storylines by using the Play Disney Parks mobile app on their smart devices.* Through the Star Wars: Datapad inside the app, guests can access a plethora of functions, including: 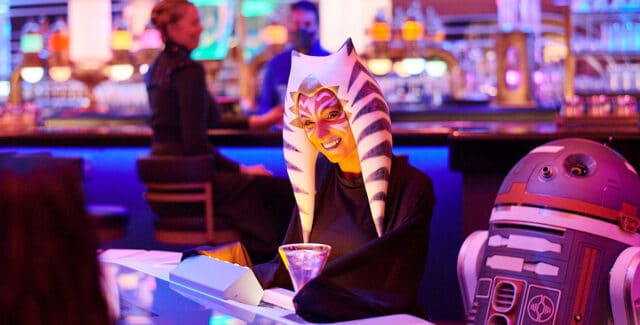 Passengers discover menus full of familiar tastes but unexpected colors and textures, deepening the immersion of their galactic voyage.

Merchandise
The Chandrila Collection boutique offers a wide assortment of apparel and accessories guests can purchase and wear during their voyage. Passengers can dress the part with robes, tunics and other authentic fashion apparel evoking Star Wars characters or transform into alien species with Twi’lek “lekku” head tails or the striped, horned montrals of a Togruta. Premium garments and accessories featuring the ship’s logo are also available.