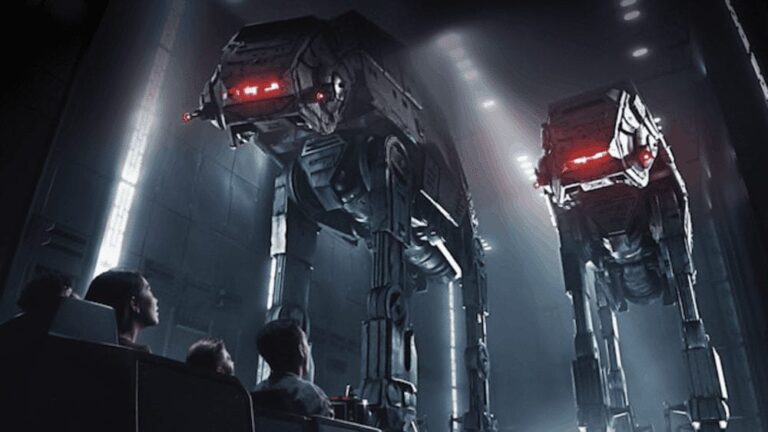 We’ve got some exciting news to share today with the galaxy. Star Wars: Rise of the Resistance will open Dec. 5 at Walt Disney World Resort. If this date sounds familiar, many of our fans will recognize it as Walt Disney’s birthday. What better way to honor the ultimate storyteller than by introducing the most immersive and advanced attraction ever imagined in a Disney Park.

When it opens, Star Wars: Rise of the Resistance will blur the lines between fantasy and reality and will put Guests in the middle of a climactic battle between the First Order and the Resistance. Guests will be recruited to join Rey and General Organa at a secret base. Along the way, they will be captured by a First Order Star Destroyer. With the help of some heroes of the Resistance, they break out and must escape the Star Destroyer, protect the secret base, and stay one step ahead of Kylo Ren.

As soon as work is completed at Walt Disney World, Imagineers will head back to California to complete their mission at Disneyland Resort where Star Wars: Rise of the Resistance will open on Friday, January 17.

We had initially estimated that Rise of the Resistance would open in late August-September at Disneyland Resort and on opening day of Galaxy’s Edge at Walt Disney World. This news of course throws all of that way off and yet we’re not surprised. As of late Disney has been underestimating many of their new attractions opening dates.

When first announced that Galaxy’s Edge at Disneyland would open a full month earlier than anticipated we thought that was great…until they included the fact that Rise of the Resistance wouldn’t be ready. Then it all made sense.

The wording for their announcement of opening dates makes us wonder if imagineers really did leave Disneyland’s Galaxy’s Edge to go work on ROTR over at Walt Disney World. We’re not sure why they would choose to open one over the other. It seemed to us that they would want to complete the actual opened land first. Now their about 4 months off of what was anticipated for Disneyland and about the same for Walt Disney World. Keep in mind that their original WDW announcement said that the full land would open on August 29th. Clearly this has changed.

Their other big attraction that was delayed is Mickey and Minnie’s Runaway Roller Coaster. Originally it was announced to open this year at Hollywood Studios but then was pushed back to 2020. From what we’ve heard, Disney has gotten ahead of themselves on ideas but technology hasn’t caught up with them, thus the pushback. This could also be the same reasoning for the delayed openings of ROTR.

Whenever you decide to go, remember to grab your discounted theme park tickets for Walt Disney World and Disneyland Resort before you go. We anticipate both parks to be fairly busy during these openings as neither will require reservations for entry.