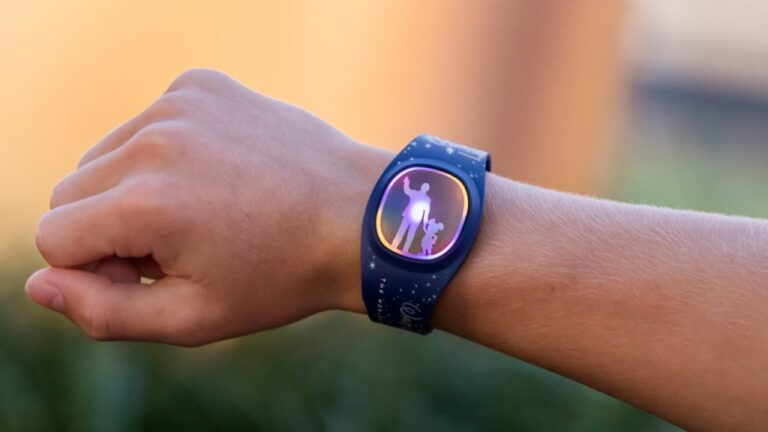 Disney is now on its third version of the MagicBand (“MagicBand+”). At first, Guests were excited to see new interactive features in the band including favorite characters, special status updates throughout the parks, and light-up interactions with nighttime events. For example, in Galaxy’s Edge, the band allowed Guests to locate “virtual” bounties hidden nearby by vibrating and lighting up.

Since its rollout, however, the Band has received numerous complaints. Many Guests claimed the Band didn’t arrive pre-charged, making it impossible to use same-day. Other Guests complained the Band only held a charge for a few hours, meaning they would have to find already limited spots in the Parks to charge their Band or prepare ahead of time by bringing a charging device.

Although the Band launched on July 27, 2022, Cast Members began informing Guests that demand was higher than expected, affecting supply. Many Guests were disappointed to see that their Bands had not arrived in time for their planned vacations.

Fortunately, some Guests have reported that they were able to receive Disney gift cards (up to $50.00) when taking their Band issues to Guest Relations. Disney is reportedly contacting Guests via email if their Bands won’t arrive in time and are offering a $50.00 digital gift card.

The gift card can be used on any eligible Disney purchase but Guests can also choose to purchase the MagicBand+ at the resort, if available. Guests whose Bands are expected to arrive prior to their vacations are not receiving emails at this time. So if you are having any issues receiving your Band in time or operating ones already purchased, head over to Guest Relations and let us know how it goes!