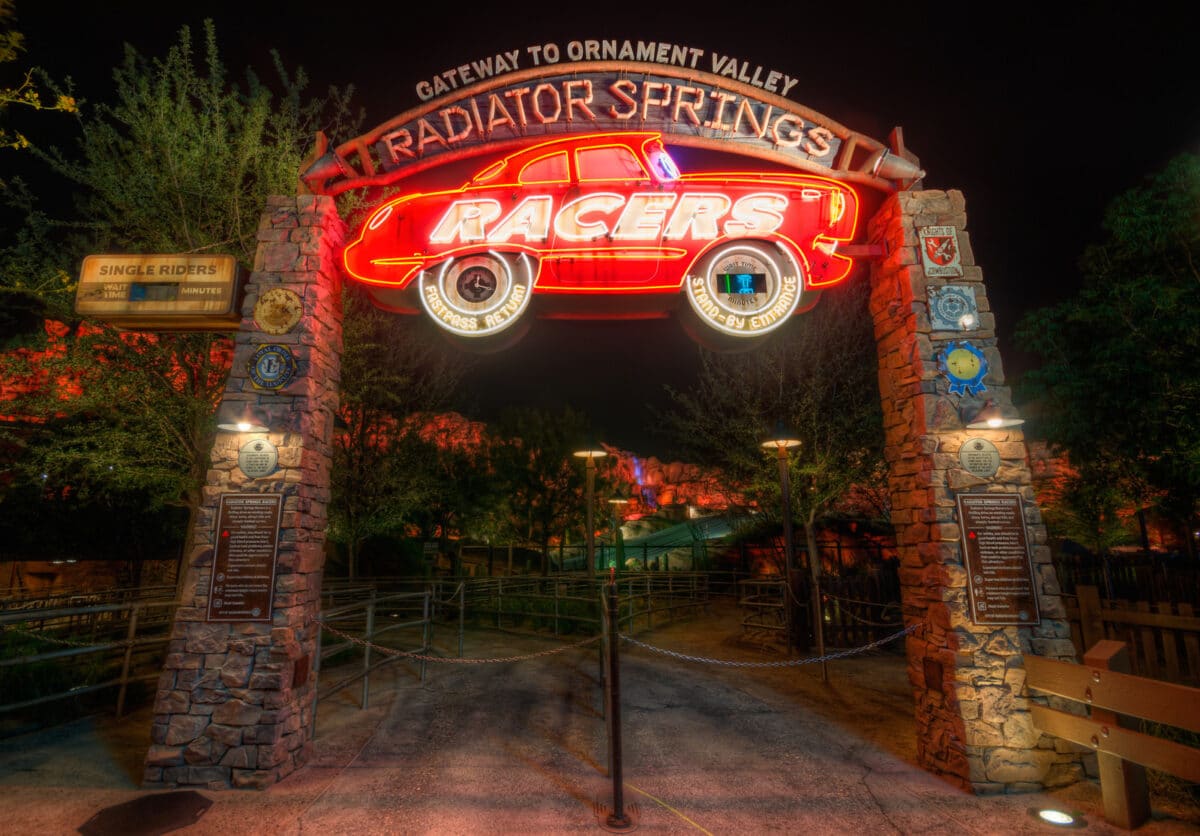 Since launching the new Genie and Genie+ service in early December, prices for individual Lightning Lane attractions including WEB-SLINGERS and Radiator Springs Racers have more than doubled. At launch, prices for each were around $8 per ride, per person but have since jumped to $18 per ride. That a 125% increase in less than a month. And guests are paying it.

The Genie service took over the FastPass service which, for a time, was free to all guests. Then Disneyland moved to a mix of free FastPass and MaxPass which started out at $10 per person per day and eventually landed at $20 per day. Both MaxPass and FastPass were nixed after the COVID closures and for several months guests could only access attractions via their standby line.

The Genie service which offers both a free and paid version offers guests the opportunity to have their day planned out via the official Disneyland Mobile App. While the free version only offers suggestions to guests like attractions that have lower wait times and places that they may like to eat at, the paid version, Genie+ actually lets guests enjoy the Lightning Lane’s at major attractions like Splash Mountain, Guardians of the Galaxy, and Space Mountain. It currently costs $20 a day.

There are three attractions at Disneyland that have Lightning Lane but are not part of the Genie+ service: Radiator Springs Racers, Rise of the Resistance and WEB-SLINGERS. In order to access these lines, guests must pay a fee, per person, to get on the attraction quicker. At launch, these attractions cost about $8 to experience Lightning Lane. Now, due to the Holiday crowds, Disney is charging a whopping $18 per person. For a family of 4 that’s $72 for one ride.

Mid-afternoon wait times for Rise of the Resistance and WEB-SLINGERS on Dec. 22nd both exceeded 100 minutes and Radiator Springs Racers was around a 90 minute wait time. Guests who purchased Lightning Lane access reported they waited about 15 minutes on average before they got on the attraction. A pretty significant decrease in wait time which, for some guests, is worth the $18.

While the Genie service launched to…not so great reviews, most guests say its the only way to get things done around the parks, especially when it’s busy. And if guests continue to purchase Genie+ and Lightning Lane access at the higher prices, they’re destined to go up as we enter 2022.