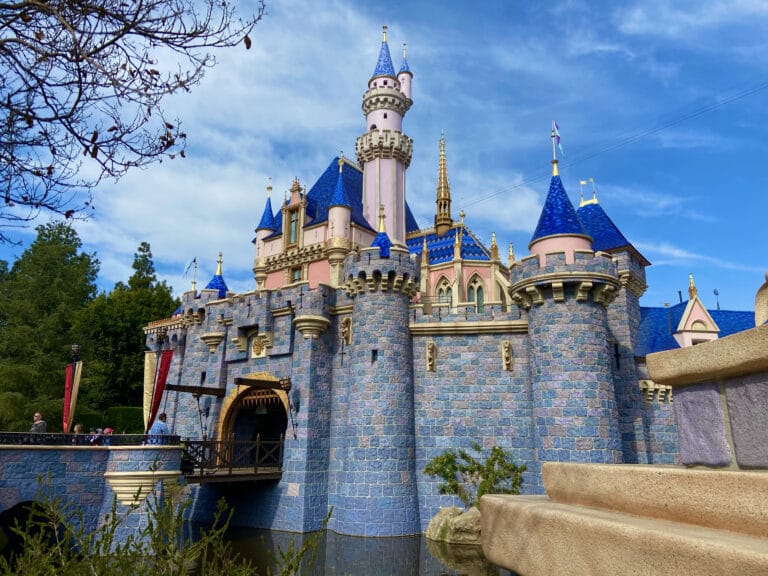 There’s been a lot of talk swirling around about the new “California Residents” rule that Disneyland has currently instigated per California State health mandates; specifically as to whether this mandate is accurate anymore. The rule only allows California Residents to visit the parks starting April 30th and currently pushing into June and a small part of July.

Disneyland, which just started selling new tickets last week, has created a Park Pass Reservation system in which guests must make an advanced reservation in order to get into the parks. During the process of making said reservations, guests are informed that only CA Residents may enter the parks and that photo ID “may be required”. 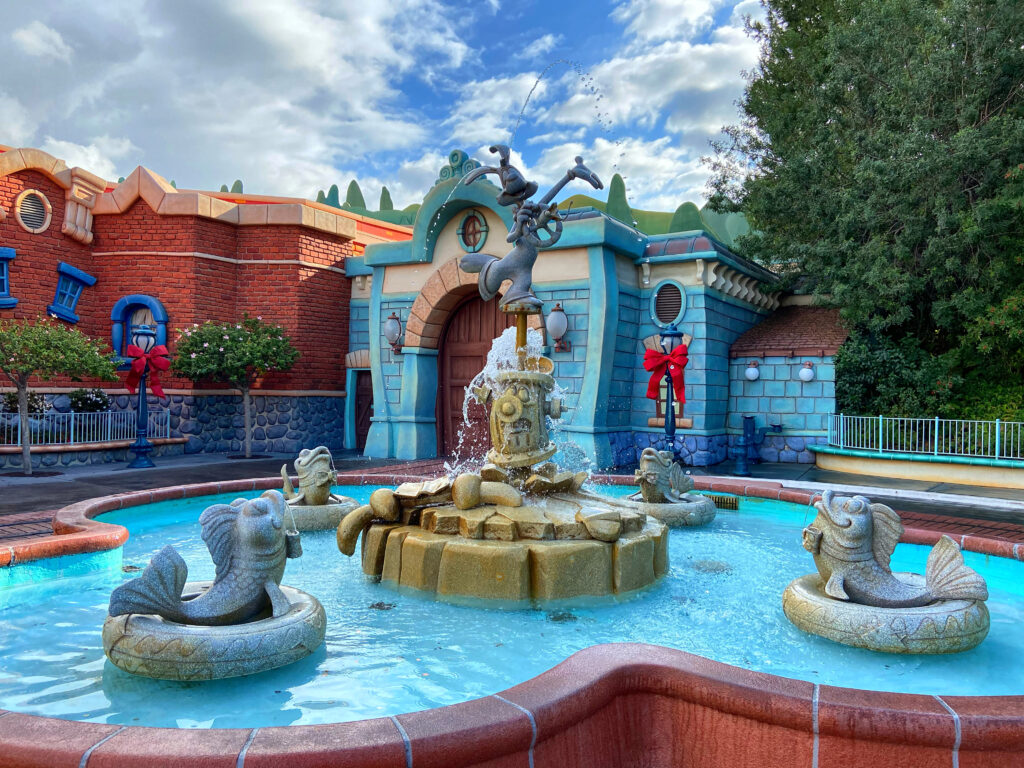 A lot of folks have speculated on whether this “requirement” will even be enforced by Disney come opening day as Disney has always “required” photo ID for all tickets but rarely, if ever, has asked for it. But even beyond this, a deeper dive into current state mandates and rules, Disneyland may actually, truely, be able to reopen April 30th and allow in-state and vaccinated out of state guests into the parks.

Here’s what we know:

First, the below picture explains our current feelings very well. We’re all over the place with the reopening of Disneyland Resort. Throw all these new rumors into the mix and we’re ready to exploded! Keep in mind that everything we discuss is our opinion and research (along with others) and not necessarily going to happen. We say this because COVID throws everything for a loop these days. 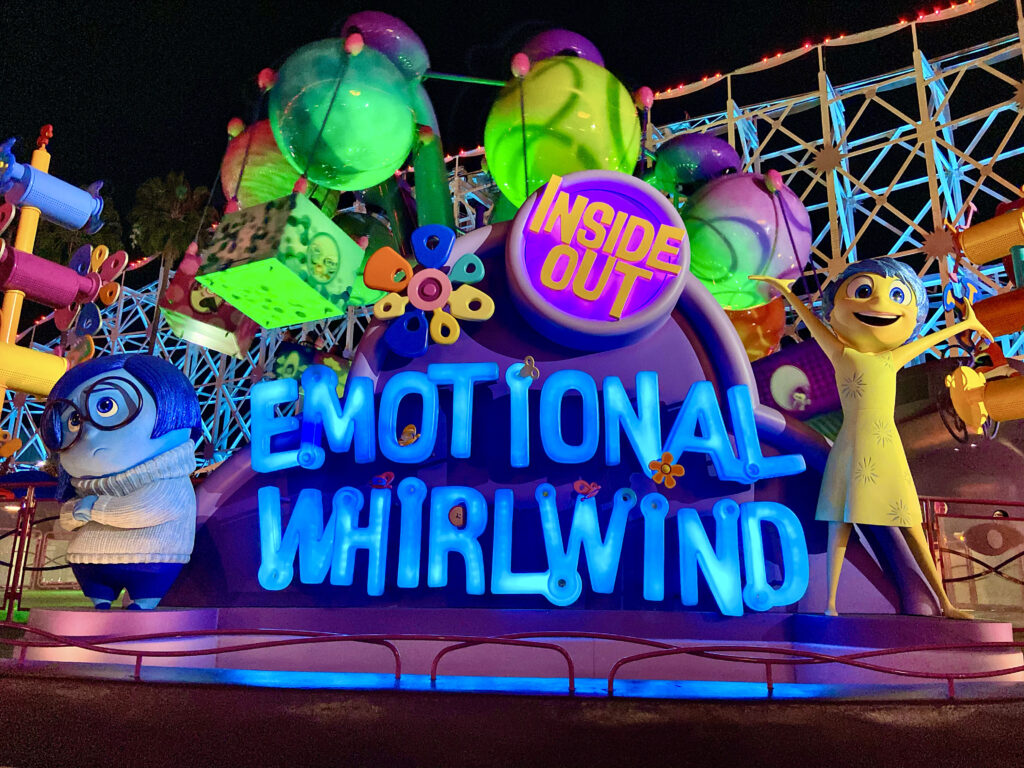 SeaWorld San Diego recently updated their website health advisory banner to state that CA residents and out of state vaccinated guests may enter the parks. This is a big deal for a company like SeaWorld to make without having something to back it up. We’re talking state big. Advisory board big.

The new advisory message does state that anyone from out of state would have to provide proof of being fully vaccinated before entering. Fully vaccinated means that you’ve gotten your two doses and waited the 2 weeks after for the vaccine to fully kick in.

This is the biggest hint you could say that California is actually on its way to announce that out of state vaccinated guests may come to the theme parks.

While SeaWorld says they require “proof” we’re not sure how far they will actually take this. There’s a decent chance that parks like SeaWorld and Disneyland may only require you to acknowledge these requirements but may never actually ask you to provide proof of it. In fact, the way some of the mandates below are worded, this could end up being the case.

The second biggest indicator that an announcement may soon come from both CDHP and Disney is the very great investigative work by Scott Gustin who requested a statement from CDHP and Disney on the matter of current policies and mandates. The responses he received are very interesting, but let us update you first on what the current mandates are, what’s changed, and why there’s so much confusion. 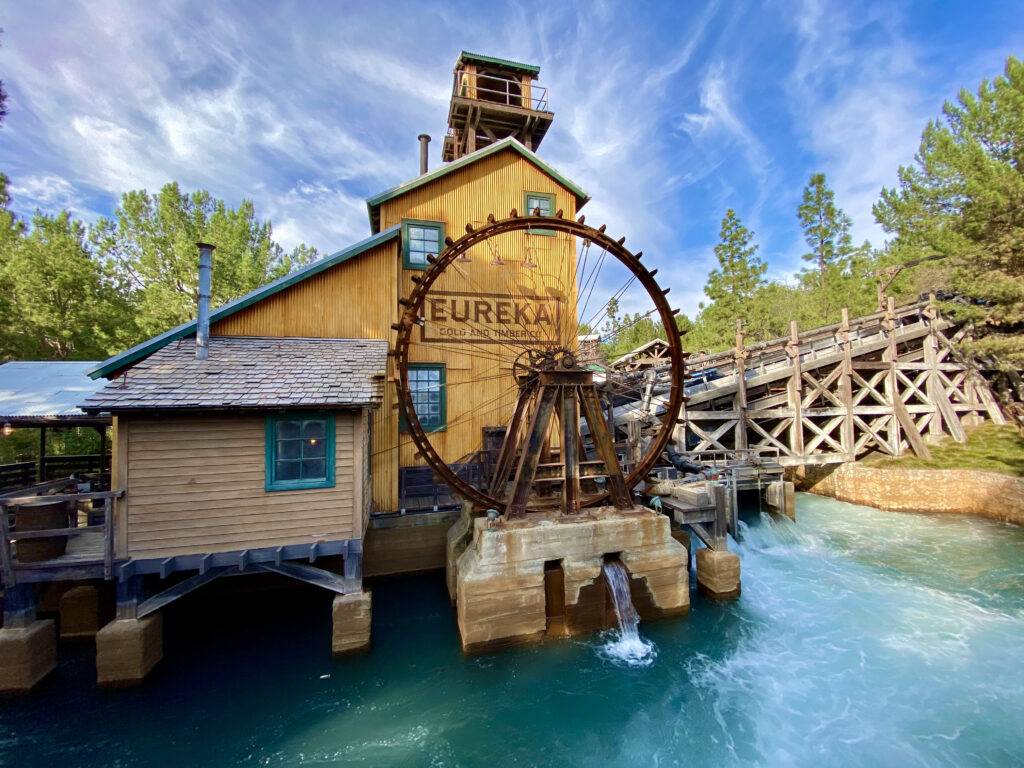 It should come as no surprise that there are many departments and boards that are reporting and writing policy concerning COVID in California (let alone any state really) at this time (or at a time). This has caused some confusion for businesses like Disney and Universal as to how exactly they should/could be opening their theme parks to visitors.

On one hand you have California’s main Blueprint for a Safer Economy which, if followed currently by any park, would only allow county residents to visit the parks. Clearly this is not the case and no one is following or enforcing it. That’s one document.

Next you have the CDPH Travel Advisory Board who has put out several documents related to travel for the state of California. Their current/former stance (meant to be confusing) was that only CA residents could travel to the parks so long as the the state-wide travel advisory remained in place. Then at the beginning of this month, the Travel Advisory did change, but the theme park rules were not updated accordingly. 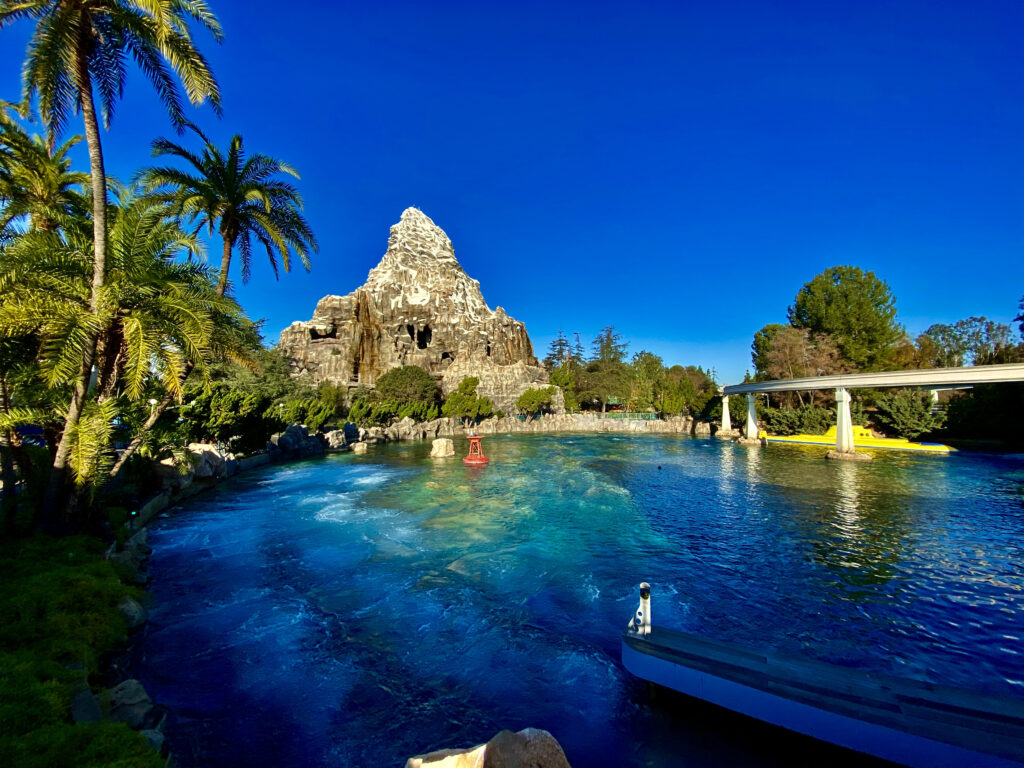 However, none of the theme parks caught on to the fact that the mandate document hadn’t been properly updated. Our guess is that they were tired of fighting the state for the past year and they were just going to stick to what they had been told, not what was actually on paper or what had yet to be put on paper (more below), essentially in their favor. So currently Disney is only allowing up to 3 households and the guest and they must all be CA residents.

Another reason the parks probably didn’t make an update to their visitor rules is the fact that the state of California has said that they would be getting rid of the Blueprint for a Safe California starting June 15th. Thus the resorts probably assumed that on June 15th, once the Blueprint was gone, they could reopen to all guests whether in state or not. June 15th would allow businesses to make their own rules and operating procedures.

However, in the last week the TA mandate document has had two addendums added to it. The first one states that, “Fully Vaccinated persons from out of state may visit or attend activities or events that are restricted to in-state visitors. Fully vaccinated persons should consult the current CDPH Travel Advisory and adhere to any applicable recommendations.” 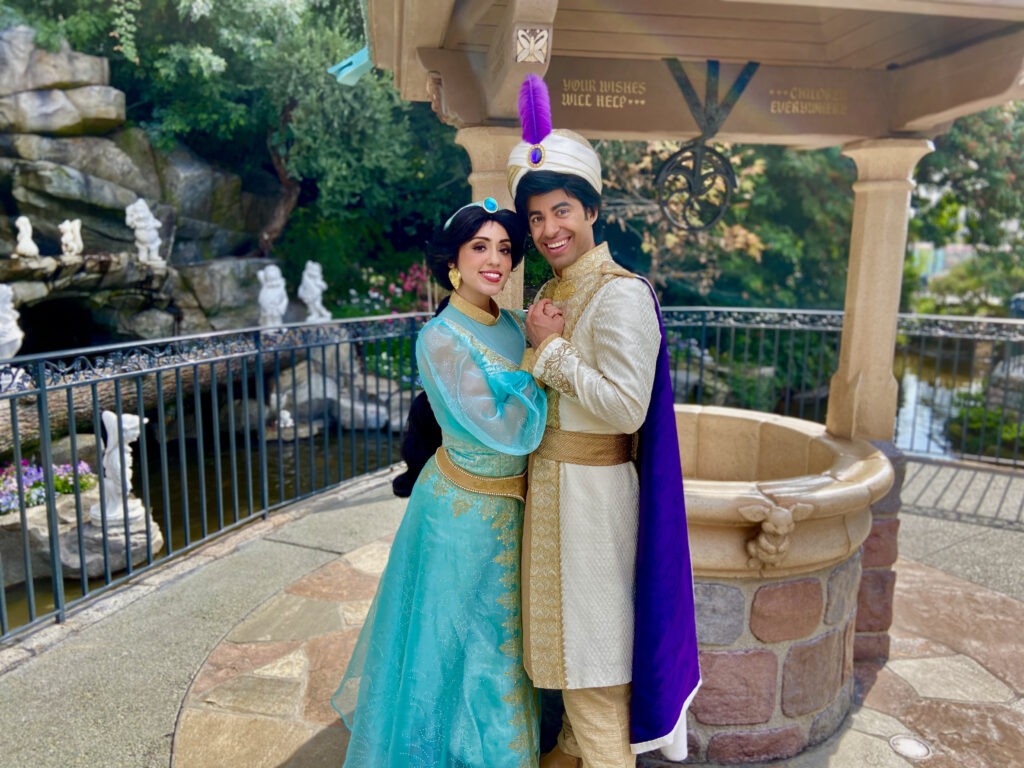 If you take a closer look the definition of a “fully vaccinated person” is: children over 2 who are not eligible to be vaccinated if they are tested. Children younger than 2 do not need to be tested. And obviously adults who have received their two shots and have waited the appropriate time.

The most confusing thing about this addendum was whether or not it applied to theme parks as it did not specifically state that it did. So now we’re back to Scott Gustin who reached out to the CDPH for clarification on the addendum. Their response? “Yes, it does include theme parks”.

So what does this mean? We’ll, SeaWorld already took the first step. It means out of state, fully vaccinated guests may enter the theme parks. So why hasn’t Disney updated their operating rules yet to allow for this? It’s only a matter of time in our opinion. We would not be surprised to see a statement or change on their website any day now stating that out-of-state visitors may return to the parks. 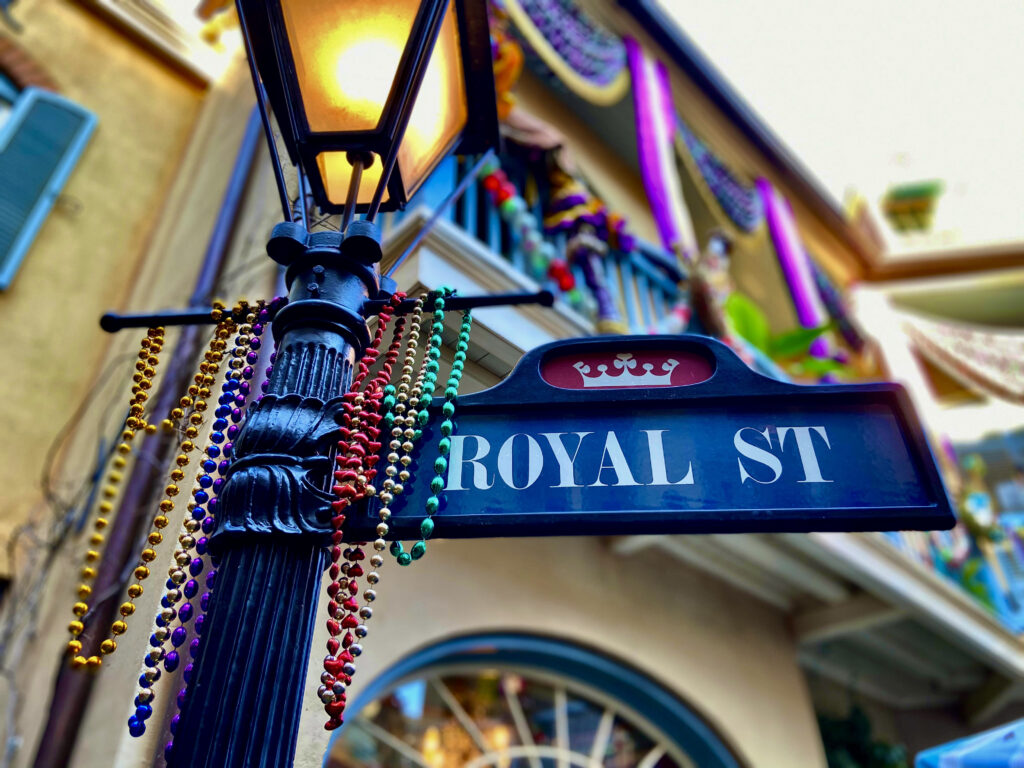 Disney was asked about it and their response was that their policy currently remains unchanged. There could be several factors as to why. First, they may be jumping through all the hoops to confirm that they can in fact allow out of state guests into the parks who are fully vaccinated. Second, they may just want to continue a slow ramp up the way they originally planned it. This would allow them to bring back Cast Members and make sure social distancing practices are met.

We do think that both of those things are entirely possible while allowing out of state visitors as they have a way of keeping crowds to a minimum through their Park Pass Reservation system. They’ll never have more guests than what they want.

After reading and processing it all, we’re really excited to see what Disney does next. They may even be a chance that Disneyland reopens on April 30th to in and out of state guests. Stay tuned! 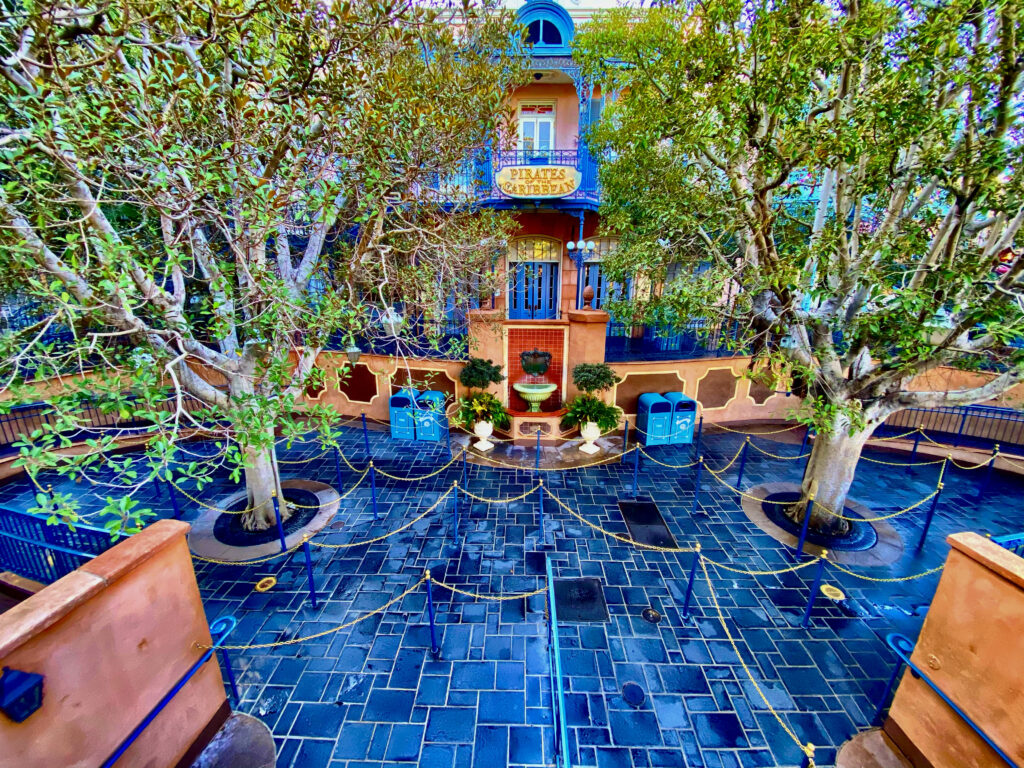 Are you planning a trip to Southern California? Be sure to check-out all of our great guides including tips on buying and saving on theme park tickets including Disneyland and Universal. We also have a fantastic guide on the best times to visit Disneyland. You may also want to see what hotels around the resort are the best ones to stay at.

We want to hear from you! Do you think Disneyland should open to all guests including out of state visitors? Are California’s mandates and policies hurting businesses because they are confusing? We’re not looking for thoughts on vaccines or political arguments. Please keep them focused on the topic and always be respectful.